It took a while for the pleasures of Noto to sink in as we sat drinking Aperol in the Piazza XVI Maggio next to the grand neoclassical Teatro Comunale.   Like all Italian cities, it yields its pleasures more in the side streets where there are old decayed palazzi with decorative metalwork balconies and away from the Corso where the tourists were congregated on a hot Easter Monday.   We started with San Francesco, completed in 1745 by Vincenzo Sinatra:-

Next door is the Museo Civico:- 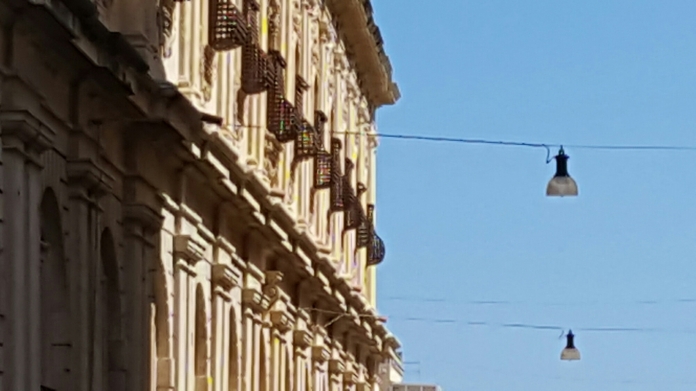 Next to the cathedral is a neoclassical bandstand:-

A good view of the Cathedral which is largely reconstructed, having fallen down in 1996, described by the bishop as ‘crumbling like a biscuit’:- 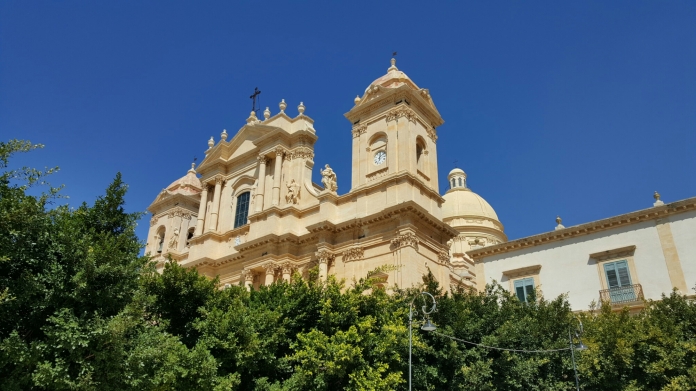 Then comes San Carlo, designed by Rosario Gagliardi and also reconstructed after an earthquake in 1990:-

Good heads in the street alongside:-

We sat in the Piazza XVI Maggio, looking across the Square to San Domenico, completed in 1736 and with beautiful baroque detailing:- 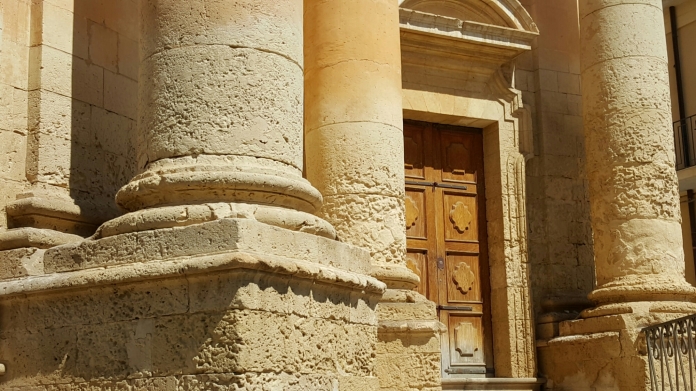 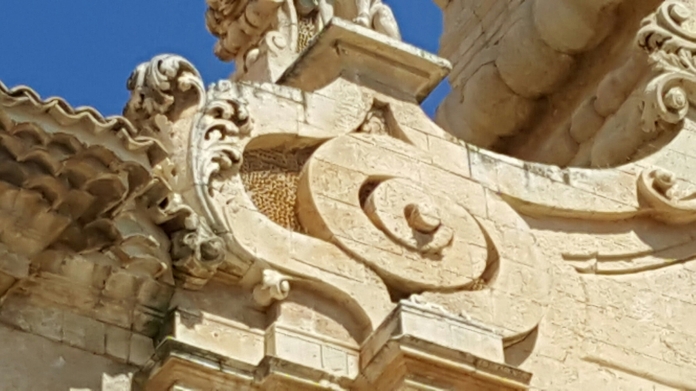 There were other good façades in the Square:- 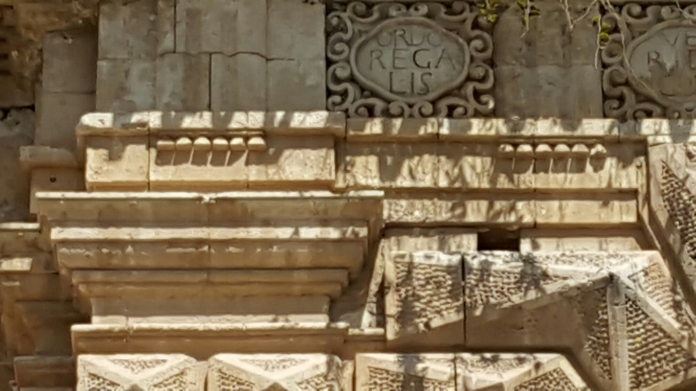 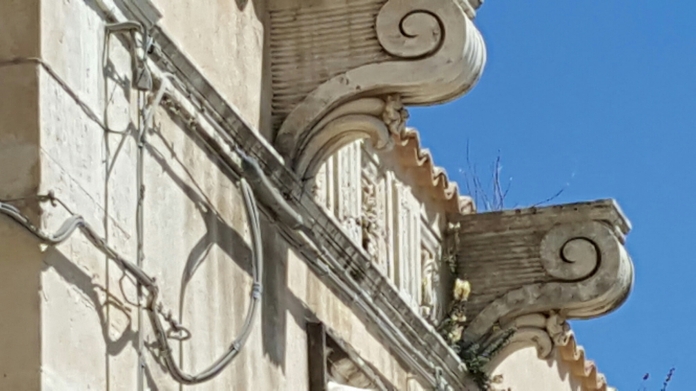 Then we walked up a side street to the Via Cavour:- 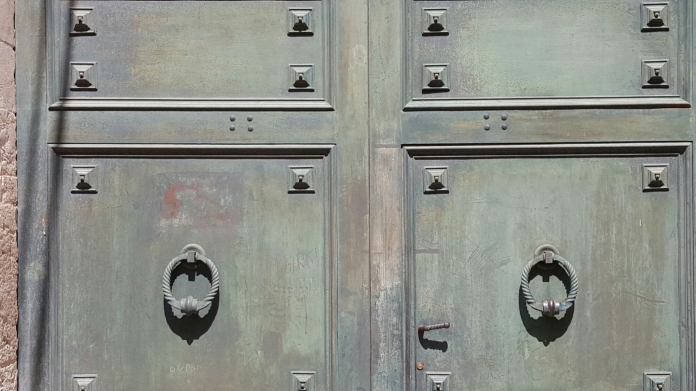 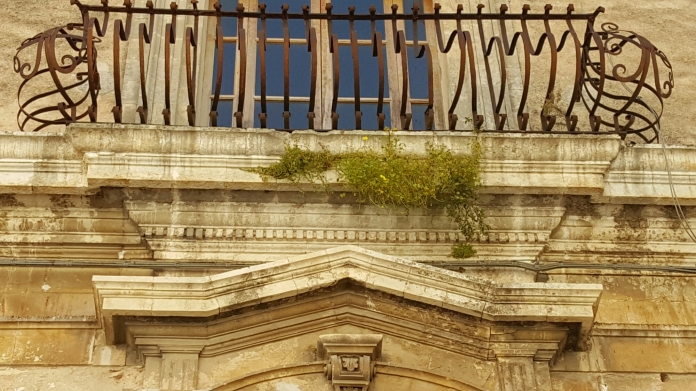 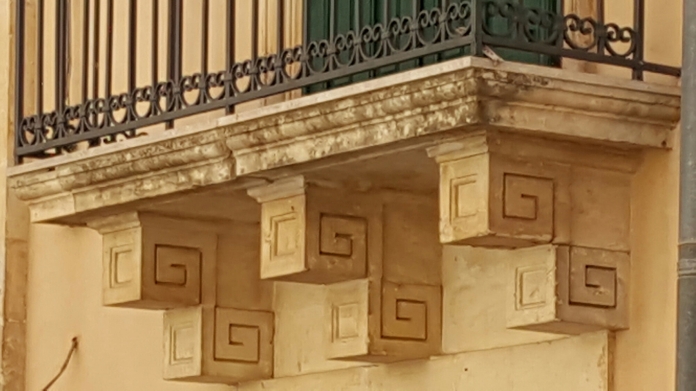 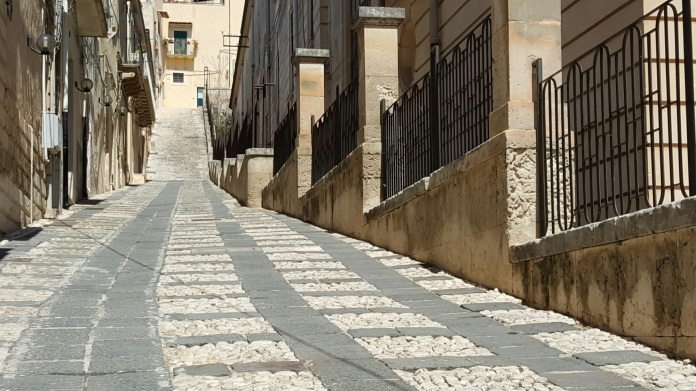 The church of Montevergine was apparently much admired by Anthony Blunt:- 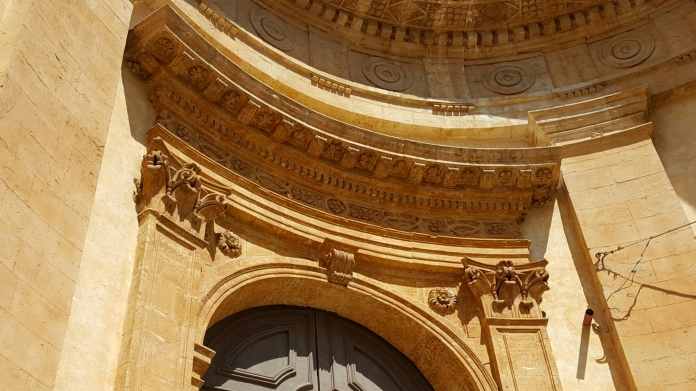 So, we walked back to the car where we were told it was unsafe:-