Whilst walking down Oxford Street earlier this evening, I spotted a hollow façade, propped up with nothing behind it, which struck me as an emblem of the volume and scale of the current reconstruction of London.   There is a lot of discussion of the huge number of new tower blocks (see the vigorous and sarcastic denunciation of Boris Johnson’s planning policy by Rowan Moore in the Observer last Sunday), but much less commentary that I am aware of about the amount of rebuilding which is going on at the moment.   Is it a boom ?  Are we about to have a crash ?  Aren’t these things cyclical ? 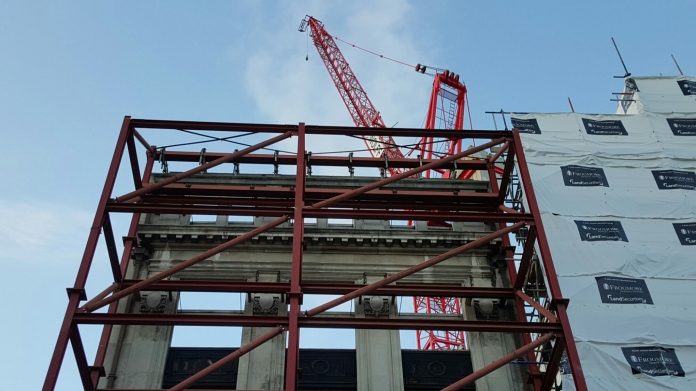 Then I walked round the corner and discovered that Centrepoint itself is under wraps, which historically was the emblem of both the 60s boom (it was completed in 1966) and the 70s crash (it was unoccupied until 1975):-