As I sit in Narita Airport waiting for the departure of my flight and reflecting on what I’ve seen, I am posting one photograph which I left out of the sequence of photographs of Sayama Chapel.   It’s of a joint in the pine planks (Architectural Review calls them ash) which make up the interior of the chapel and shows the extreme quality of cratsmanship which is taken for granted in the process of construction and which both Hiroshi Nakamura and Hiroshi Sugimoto require, an attitude of admirable precision in the detailing of a building, such that Sugimoto was annoyed by the way the tables had been cleaned.   It’s part of what makes the character of the buildings as a whole:- 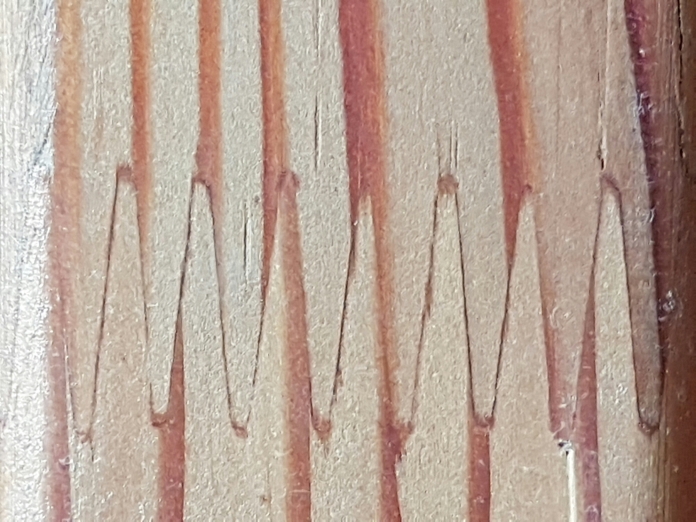 One thought on “Japanese Craftsmanship”