The book had a wonderful send-off at the Devonshire Club, a members-only (men and women) club in the curious hinterland between Liverpool Street and Aldgate.   I walked from Aldgate East through familiar territory round Middlesex Street and then spotted a little alleyway by the dustbins through to Devonshire Square, former warehouses of the East India Company which stored textiles from Bengal.   Taken over by the St. Katharine Dock Company in 1836, they were bought by the Port of London authority in 1909.   Sold in 1978, they were redeveloped by an unlikely combination of Richard Seifert and Quinlan Terry.   The Club is the brainchild of Brian Clivaz, who used to run the Arts Club and symbolises the revival of this bit of the old East End:- 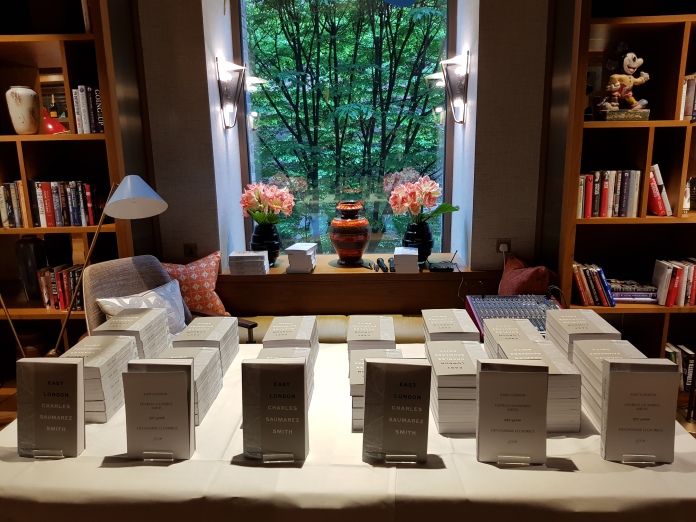