I called in on the New York Public Library to see the small Anna Atkins exhibition, but also because I had never really paid attention to its beaux arts magnificence.   Designed by Carrère & Hastings, it opened in May 1911:- 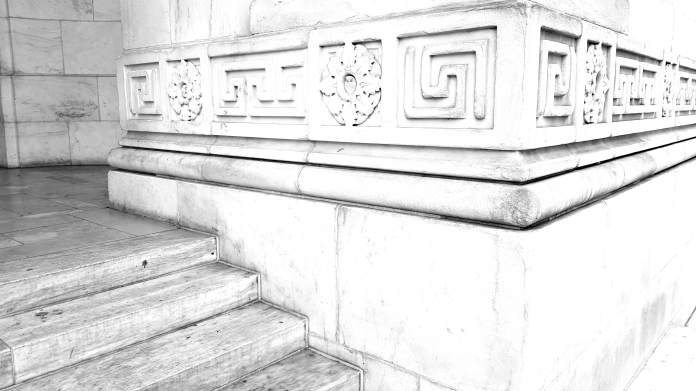 I walked from the New York Print Fair to the Whitney down the High Line, which I haven’t done in a while, weaving one’s way in amongst what has become a property developer’s dream, with planting by Piet Oudolf and vistas out down the streets of Chelsea:- 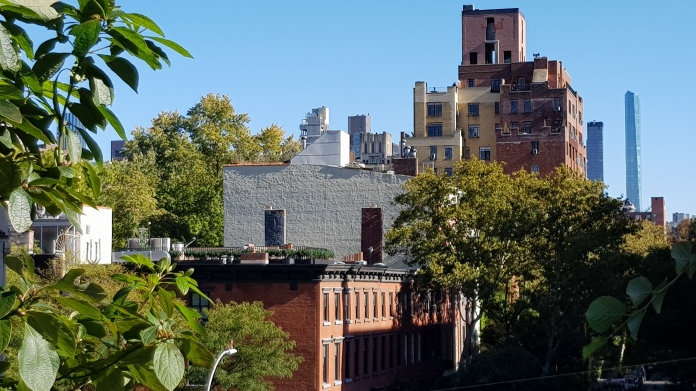 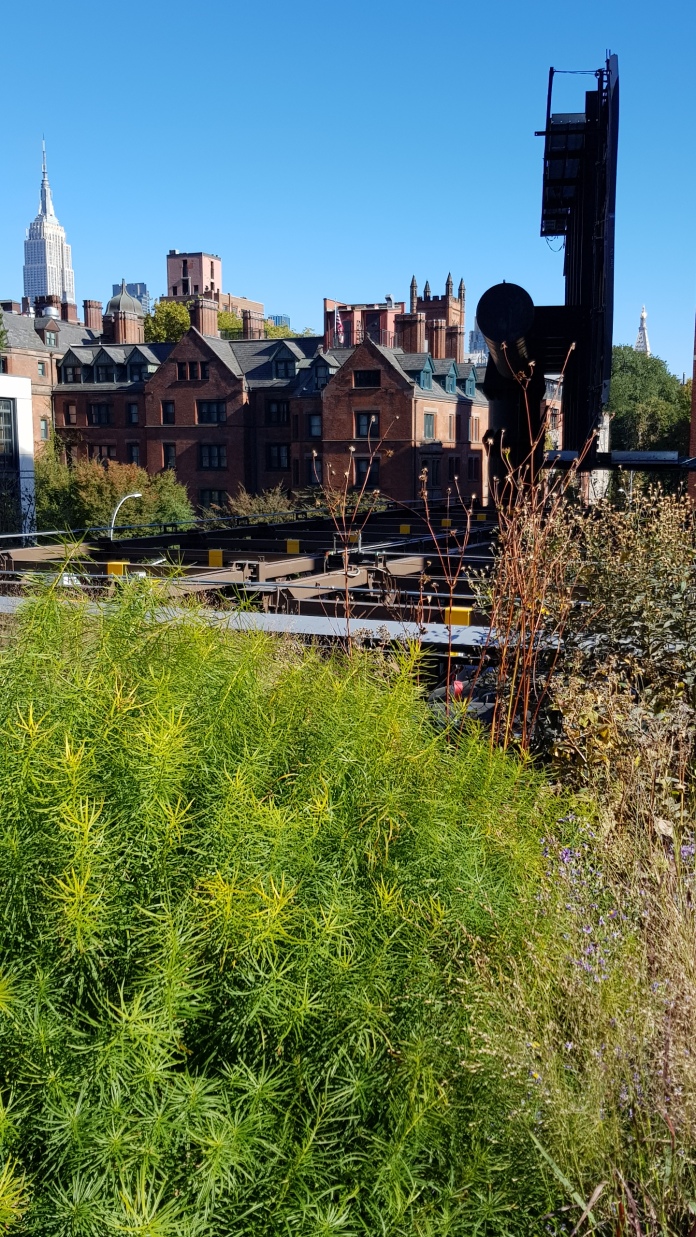 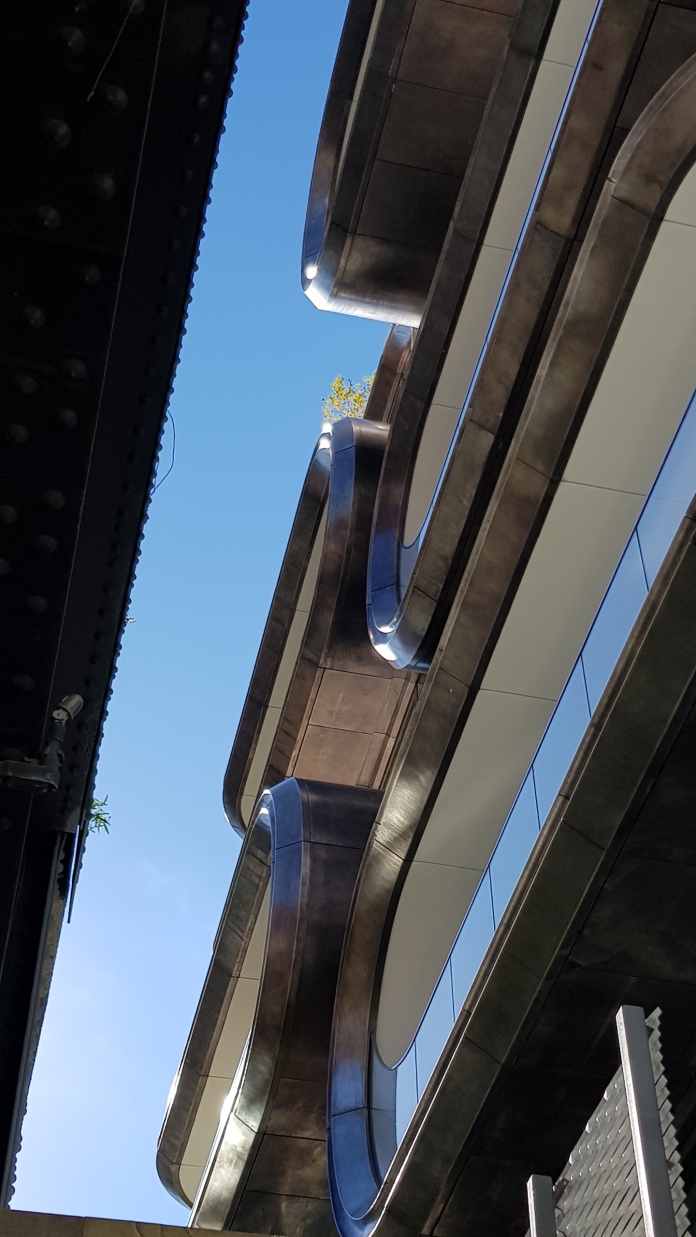 In memory of Bob Venturi, I went to visit the Fire Station he (and Denise ? only Venturi and Rauch are credited) designed in a not very salubrious part of New Haven (I had forgotten that you only have to move one block away from the University and you are in a much less good neighbourhood).   They had won the competition for a new Mathematics Building in 1969 to the consternation of the architectural establishment – ‘won from among 468 contestants by the iconoclast who had shocked the country as the apostle of the “ugly and ordinary”‘.   I would have photographed the Fire Station, but a big truck drove up in front of it at the critical moment, so I am borrowing someone else’s image of it.

My last Yale post is about the work of George Shaw shown in an exhibition at the UCBA. I feel I should have known his work better:  images of intense, post-war, humbrol-painted, dispassionate romanticism, the techniques of nature painting applied to the Coventry housing estate where he was brought up. Images of intense urban desolation. Caspar David Friedrich meets the suburbs.

There was a particularly beautiful portfolio, called Twelve Short Walks of what are described as etchings, but are presumably aquatints, using the technique of watercolour on the plate:- 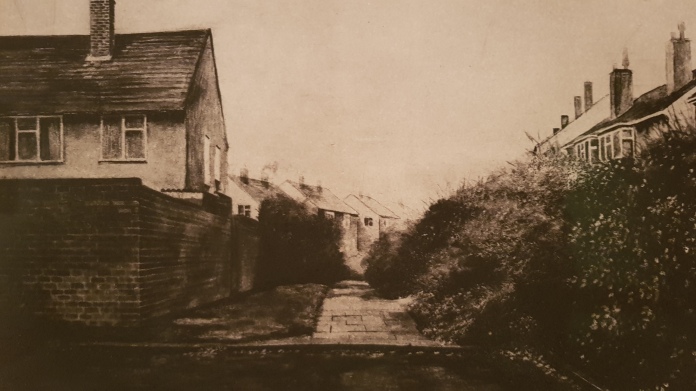 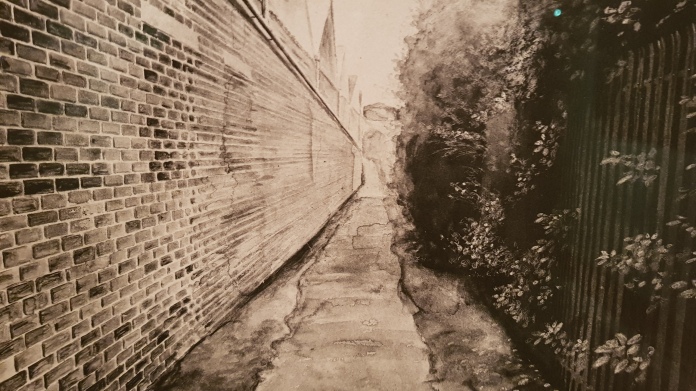 Tristram Hunt was giving the Paul Mellon lecture on Ruskin and the Idea of the Museum.   It was a very impressive way of exploring Henry Cole’s original mission and intent by contrasting it with the ideas and beliefs of his much more famous contemporary, John Ruskin, who did not like Cole, was hostile to the rigid method of teaching drawing in the Government Schools of Design and its doctrinaire and utilitarian intent.   I had not realised that the first School of Design was established in 1837 in Somerset House in the Great Room as soon as the Royal Academy had vacated it, a very obvious symbol of the government’s determination to shift the teaching of drawing from the practice of art for its own sake to the benefit of industry and manufacture, a sterile methodology which William Simmonds experienced fifty years later just before the Schools of Design were turned into the Royal College of Art.

One of the many pleasures of going to New Haven yesterday was seeing the Beinecke Library again. I remember it being a revelation when I first saw it in 1976 because of the quality of materials used in a 1960s building – its translucent marble walls and the great illuminated interior book stacks, both treasure house and shrine.   It has not lost that sense of exterior mystery and interior revelation:-

One of the pleasures of going to the Yale Center for British Art at the moment is that a postgraduate student has labelled the relevant pictures in the top floor display with the date they were exhibited in the Royal Academy Summer Exhibition.   This may be a recondite interest, but not for me, because it demonstrates more clearly than I have ever previously seen, except perhaps in Art on the Line, how the existence of the Summer Exhibition transformed the way artists painted.

First off is Samuel Scott’s The Thames and the Tower of London, shown in 1771:-

Benjamin West’s The Artist and His Family was shown the following year:-

In the same year, James Barry exhibited his Education of Achilles (the reviewer in the Middlesex Journal was underwhelmed:-

Gainsborough was there as well with a big picture of Lord Pulteney, described as Portrait of a gentleman:-

In 1773, Benjamin West showed The Cave of Despair(the exhibitions were still in Pall Mall):-

Thomas Jones showed his View of the Campi Flegrei from the Camoldolese Convent near Naples in 1784:- 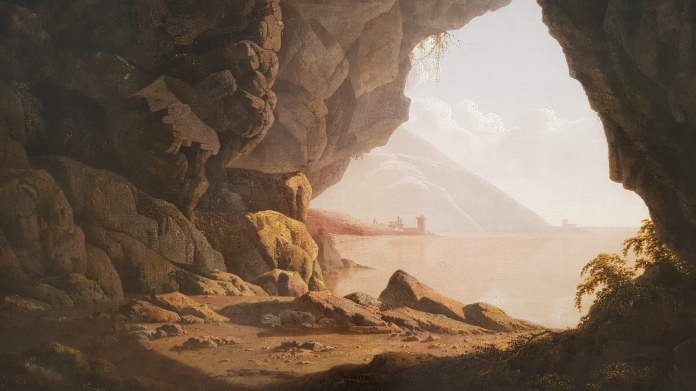 You get a very clear sense of how artists were exploring new forms of art – a more public subject matter, literary and sensationalist, trying to appeal to a wider and more democratic audience. It’s all there on the top floor.