Last night the Paul Mellon Centre published an online account of the history of the Summer Exhibition year-by-year with a description of the artists who entered, the key works, and, where possible, the press and public response, each year written by a different author (https://chronicle250.com). It is going to be an absolutely invaluable resource, not just for the history of the Royal Academy, but for the study of changing fashions in British art as a whole, starting with a description by Mark Hallett, the Mellon Centre’s Director, of a portrait of William and Penelope Welby by Francis Cotes which appeared in the first exhibition which opened on 26 April 1769 in Lambe’s Auction Rooms on Pall Mall. I wrote the entries for 1949 because I was interested to find out what works were exhibited in the year that Alfred Munnings gave his memorably bigoted speech (https://chronicle250.com/1949) and for 2008, the first year that I attended Summer Exhibition committee meetings (https://chronicle250.com/2008). Today is Varnishing Day, as we embark on the opening arrangements for the 250th. Summer Exhibition and, this year only, The Great Spectacle, a survey of the whole history of the exhibition, beginning with a history painting, Hector Taking Leave of Andromache by Angelica Kauffmann, exhibited alongside three others by her in 1769.

Whilst in Barking, we went to admire the curious brick folly designed by muf in Barking Town Square to soften the effect of a large new development by Allford Hall Monaghan Morris alongside the 1930s Scandinavian-style town hall.   Muf erected a pure brick folly at the back of the Iceland store to give Barking a sense of its history, which it should have anyway, given that it’s the site of an Anglo- Saxon nunnery founded in 666 by the Bishop of London, with a lunatic asylum attached which apparently gave rise to the phrase ‘Barking mad’:- 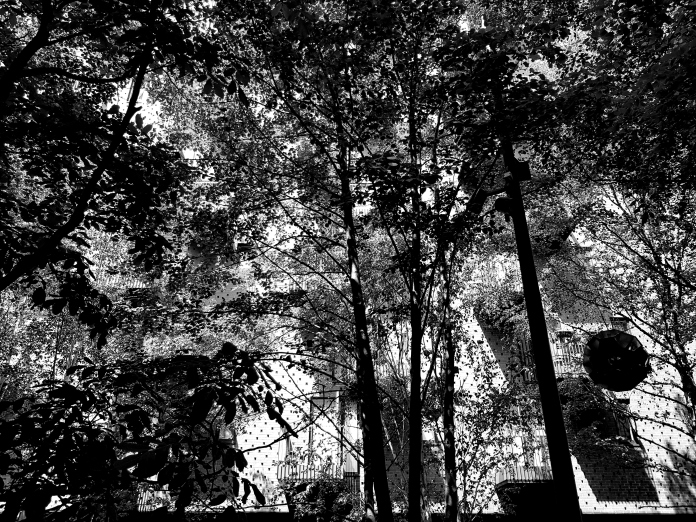 My birthday treat was to go on a trip to Barking, to see the allotments alongside Barking Park, all impeccably neat and full of people out tending their flowers on Bank Holiday Monday:- 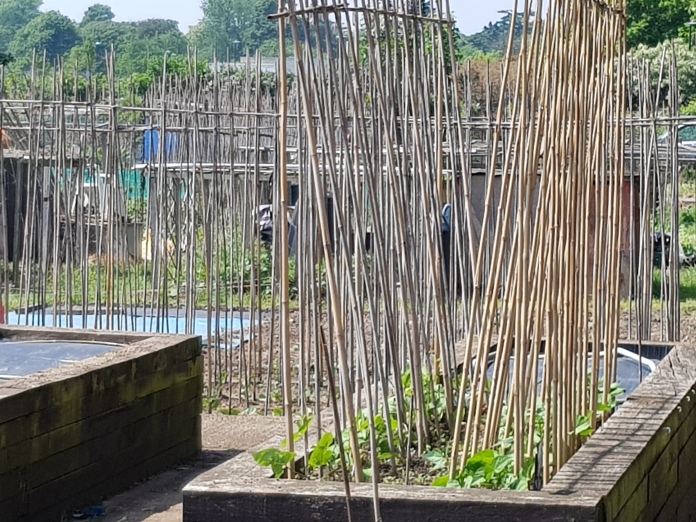 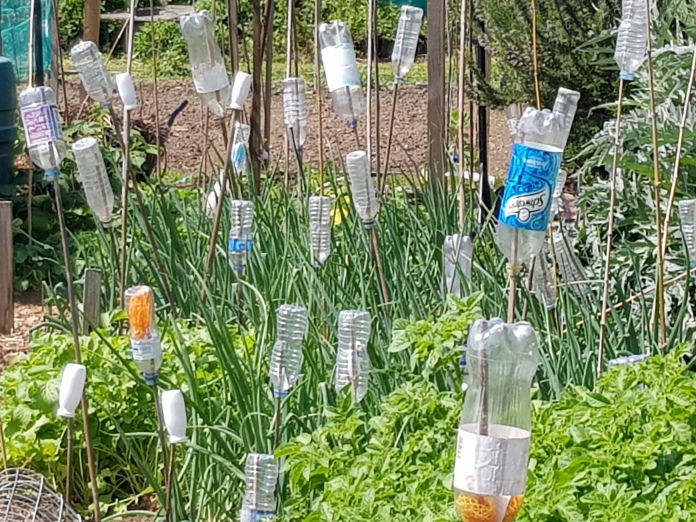 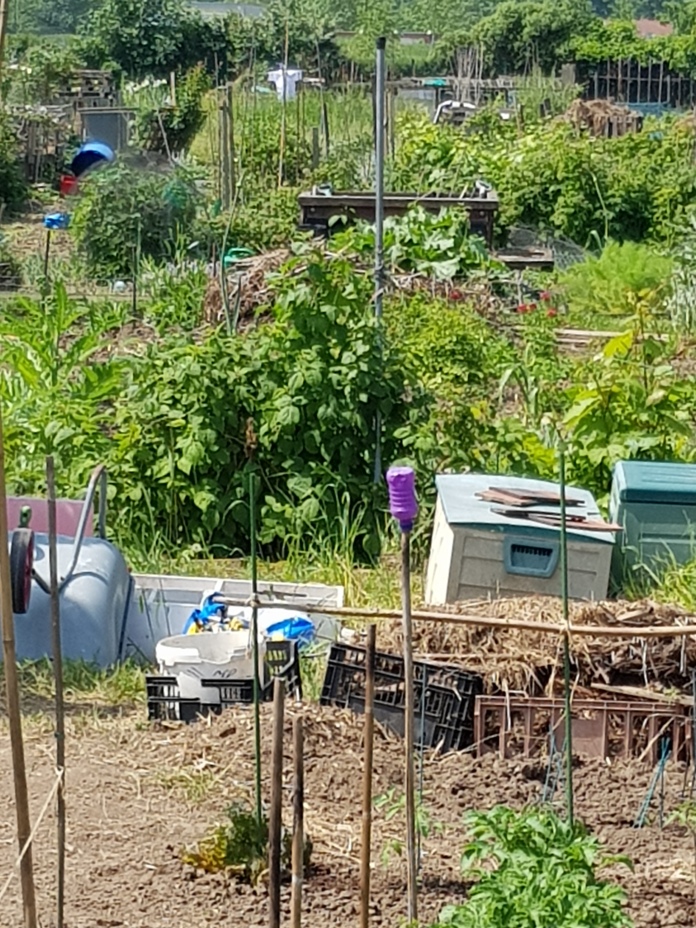 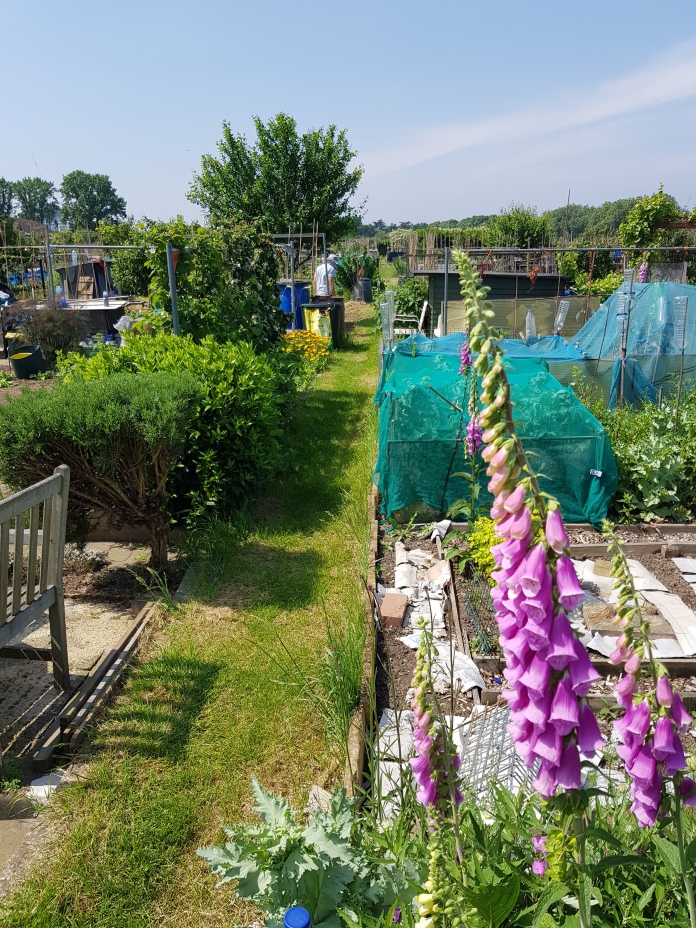 On the way back to London, we called in on Perch Hill Farm (not open to the public) in order to admire the cutting garden:- 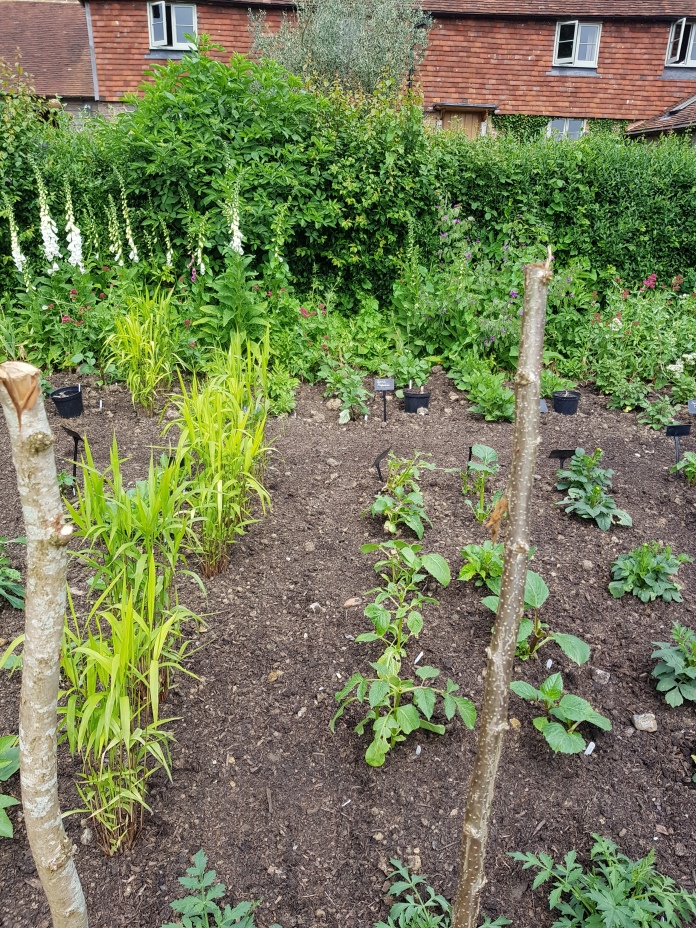 I had wanted to walk along the old coach road from Firle to Charleston, remembering the first time that I visited the house in the early 1980s when it had just begun to be restored, walking along the track under Firle Beacon.

I started by walking across the fields from Charleston:- 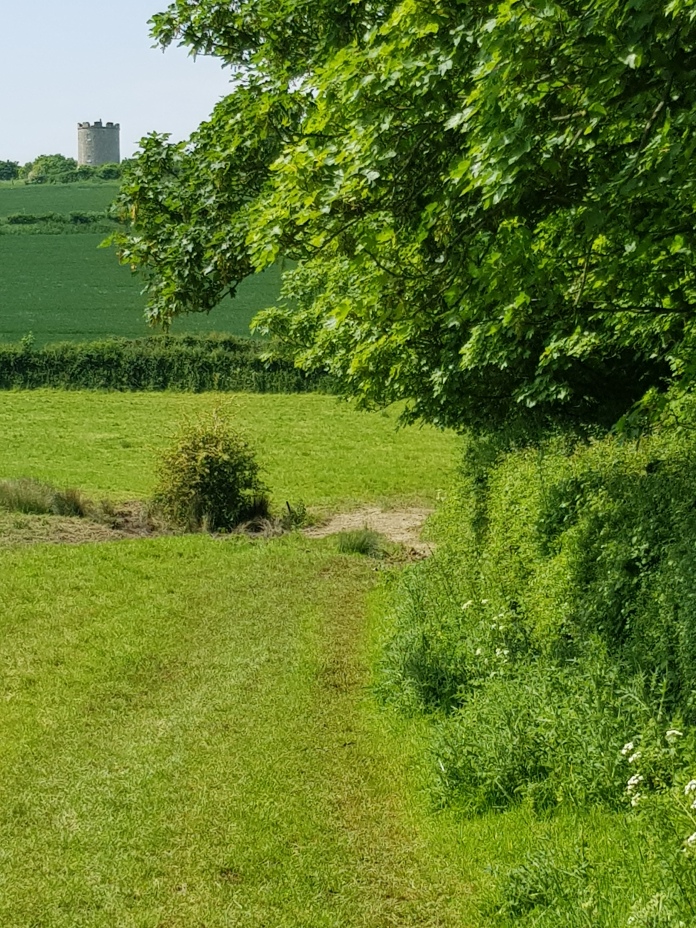 Looking out across Firle Estate:-

No tea available in Beanstalk Cottage:-

Then back along the track to Tilton:-

At lunchtime I saw the progress that has been made on the renovation of the Charleston Barns, which are looking good.

The eighteenth-century barn which had a fire in the 1990s and was then rebuilt:-

And the beautiful new daylit gallery spaces in the part added by Jamie Fobert:- 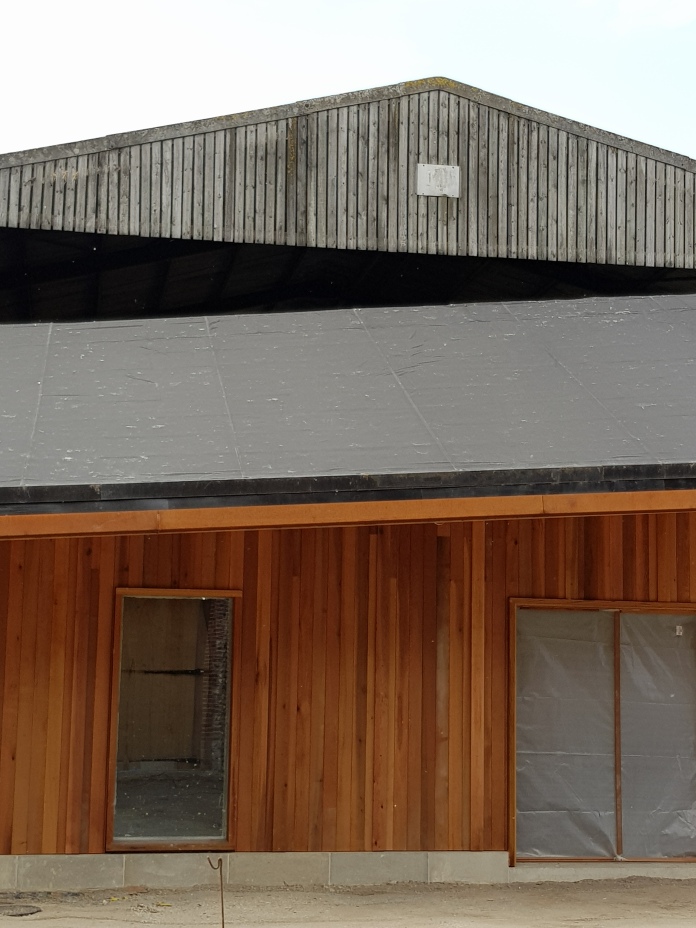 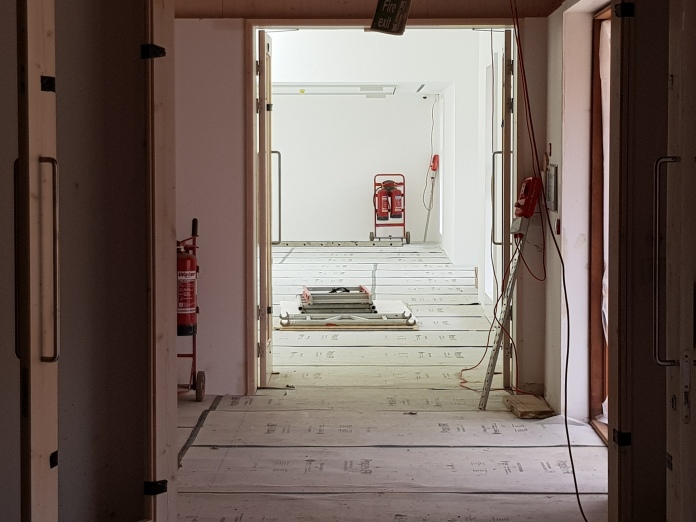 Due to open in September.

I do not think of Vanessa Bell as a product of the Royal Academy Schools because the whole of Bloomsbury was so implacably hostile to the the Royal Academy and everything it stood for.   But it was then the leading art school and after lessons at home from Ebenezer Cooke and a period studying at Arthur Cope’s art school at Park Cottage in Pelham Street, she entered the Royal Academy Schools in 1901 where she learned anatomy and perspective from, amongst others, George Clausen and John Singer Sargent. Not much of her early work survives apart from her very beautiful silvery picture of Iceland Poppies which survives at Charleston and shows how accomplished she was as a painter before friendships with Roger Fry and Duncan Grant moved her in the direction of Post-Impressionism.

I had forgotten how redolent of Vanessa Bell’s paintings and personality the interiors of Charleston are, including the bedroom on the ground floor where she died on 7 April 1961 under a portrait of Julian from whose death she never wholly recovered:- 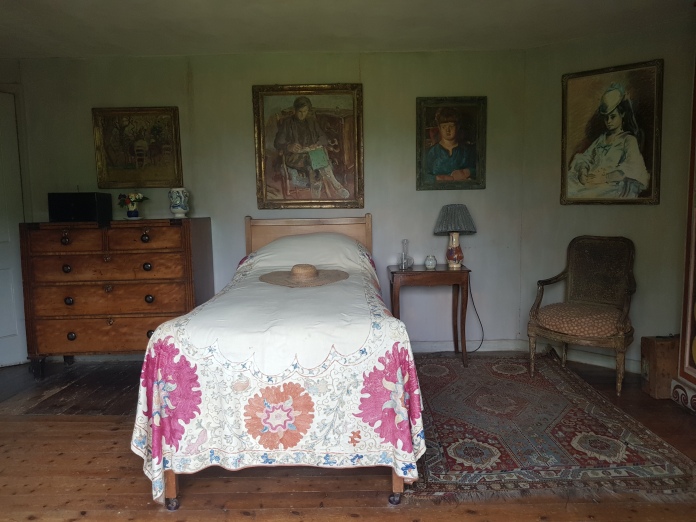 We have come on our annual pilgrimage to the Charleston Festival, not least to hear Sylvia Brownrigg in conversation with Amy Bloom about their respective books.

The house and garden look as good as ever:- 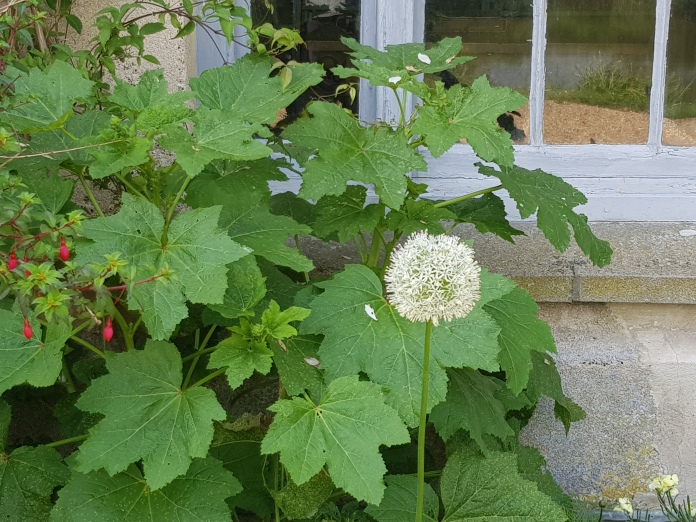 I started the day by going to see an exhibition of photographs of the Windrush generation by Jim Grover in the Oxo Gallery.   He lives in Clapham and has won the trust of the local community which has enabled him to document the lives of the original settlers from the Caribbean, who came every year between 1948 when the SS Empire Windrush docked in Tilbury and 1962, the year of the Commonwealth Immigration Act.   What it shows is the way their lives were built round the local church, family and community – and dominos and dancing.   His photographs convey dignity and pride.