In preparation for the great Antony Gormley exhibition which opens at the RA on September 21st., I stopped off at Crosby Beach where he installed a set of monumental sculptures in 2007 (I didn’t see them all). I found them strangely moving, standing in the face of the incoming tide, looking out west towards the coast of North Wales, they are magnificently calm and immobile, sentinels waiting for what one knows not quite what: some form of the end:- 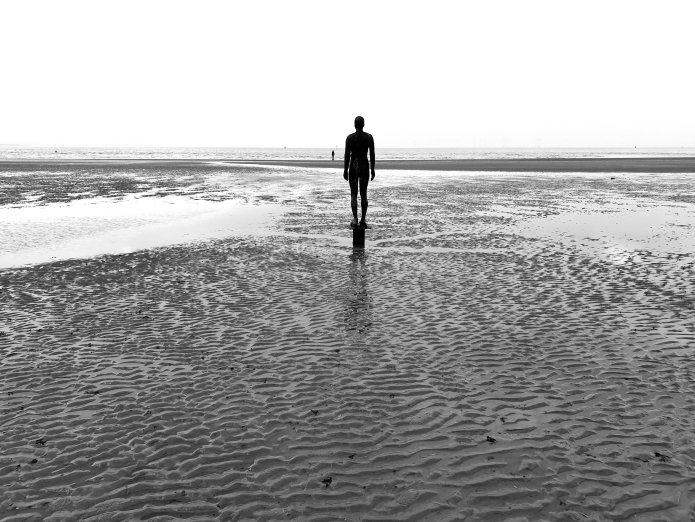 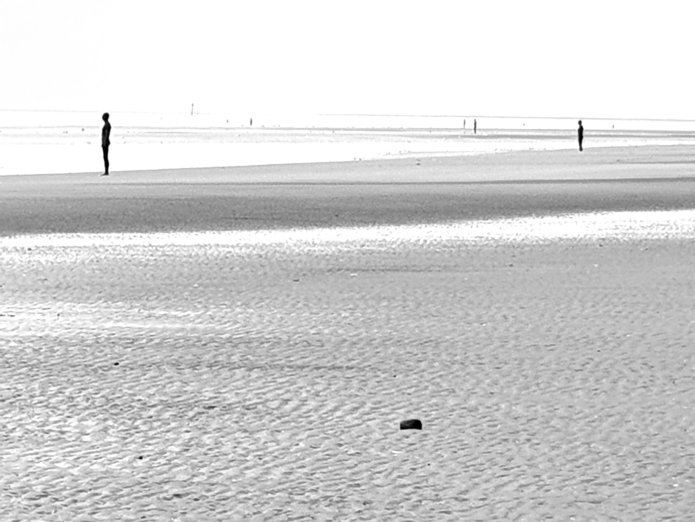 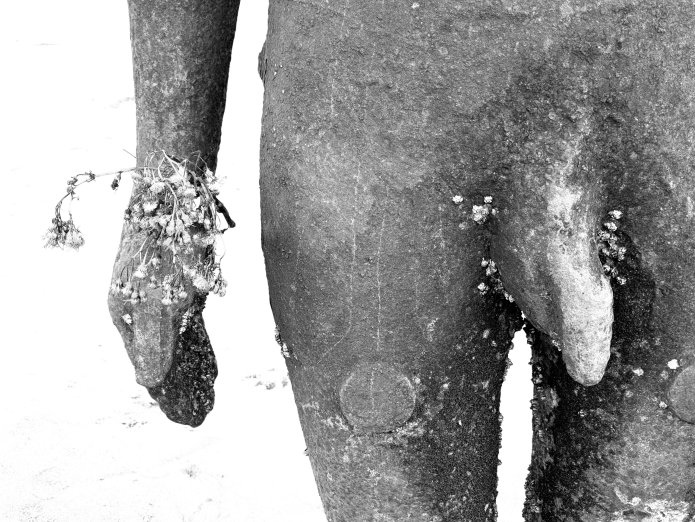 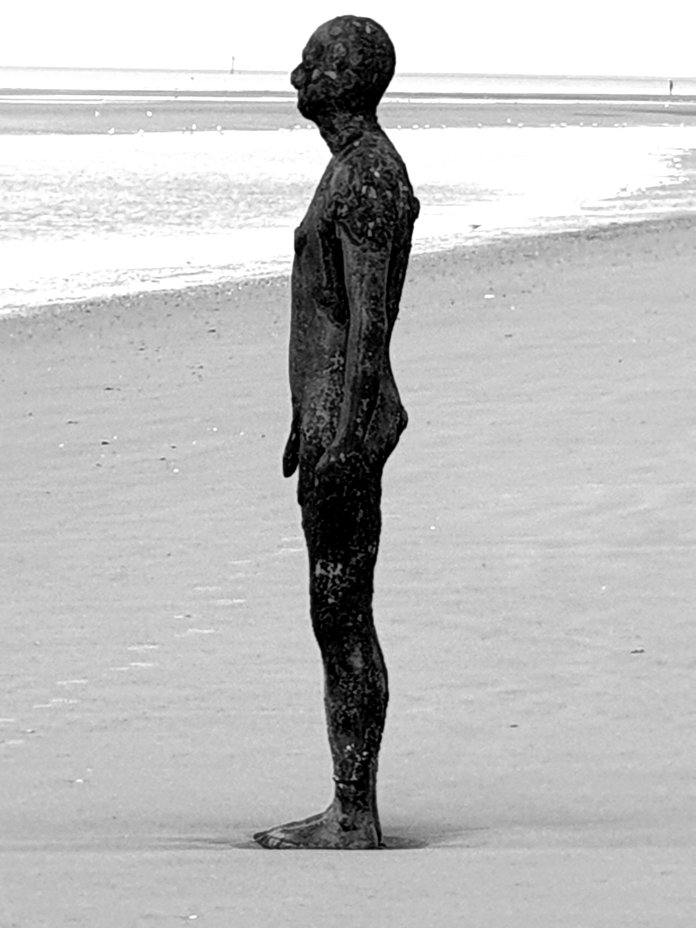 I slightly eccentrically had to come to Southport to get the car mended; but at least it has given me an opportunity to see the faded grandeur of the Lancashire seaside resort, established in 1792 to provide facilities for sea bathing, helped by its proximity to the recently constructed Leeds and Liverpool Canal.

Slightly implausibly, its main street, Lord Street, with its pedestrian arcades, is said to be the model for Haussmann’s Paris, on the grounds that Louis-Napoléon Bonaparte lived in exile here from 1846 to 1848.

What survives is not exactly Parisian, but has obvious traces of its Victorian wealth:- 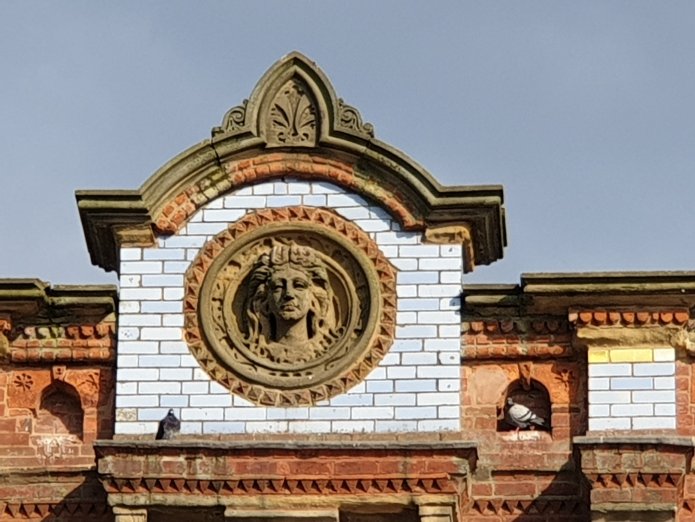 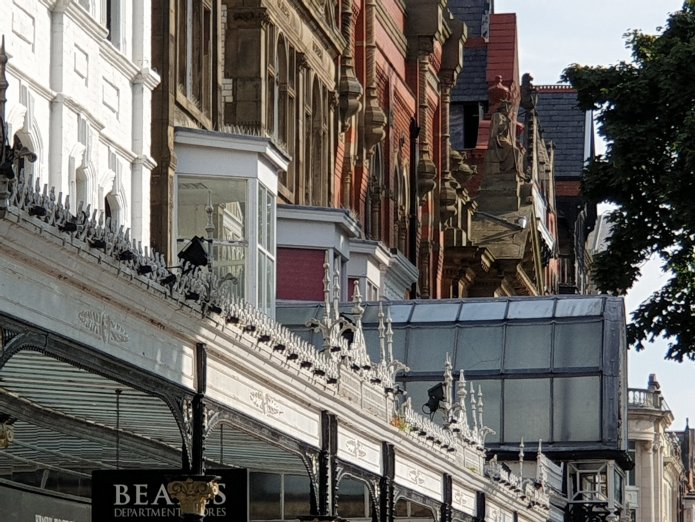 I have become minorly obsessed by the number and range – and beauty – of the butterflies which come out to bask in the hedges and gorse on the track down to the river.

Most of them are, as yesterday, Meadow Browns:-

But there was a beautiful Red Admiral which liked the whiteness of Romilly’s dress:-

The third species is different – brown and yellow wings. I assume a Speckled Wood:-

Then there was one I couldn’t get close to, but spotted on the wall:- 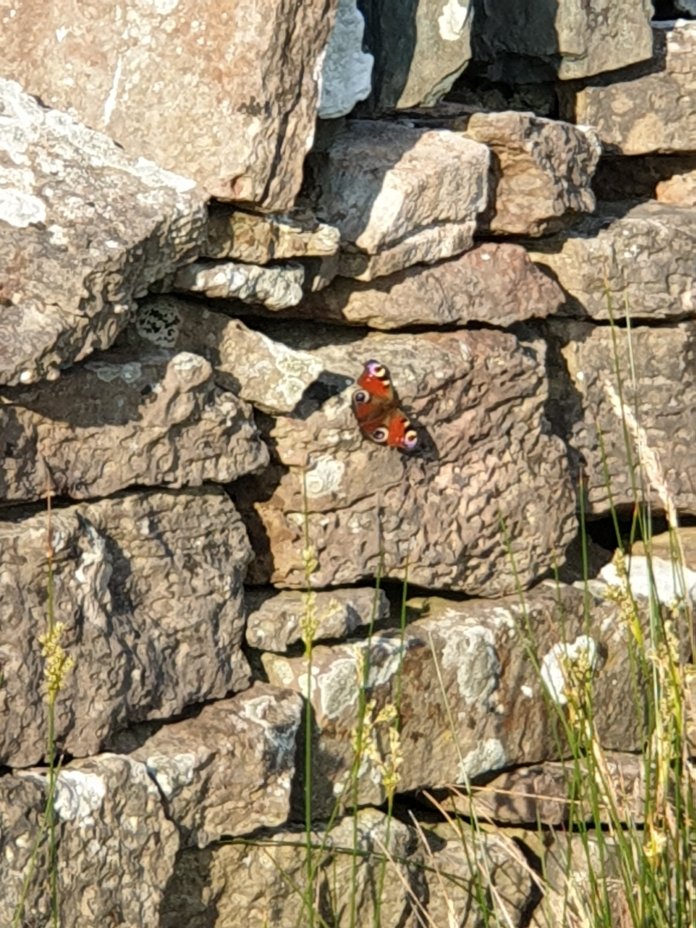 I tried to cheat by reducing the size of the photograph, but it just pixelates. I think it’s a Peacock. Lastly, a Cabbage White. I know it’s dead common, but I’m still pleased to have found five species in half an hour, just by walking down to the river:-

I got distracted on my afternoon walk down to the sea trying to take a photograph of one at least of the hundreds of butterflies fluttering about in the grass – not an easy task with only a mobile phone to hand. But eventually two settled just long enough for me to take them:-

The second is clearly a Meadow Brown. The first looks to me like a Gatekeeper, whose habitat is the same as the Meadow Brown. But my knowledge of butterflies is zero, unlike my mother who was proud of having caught twenty five species by the age of five, and whose net I could have inherited. I feel I’m the same age as universal pesticide.

As the sun went down last night, I watched its effect on the surrounding environment:- 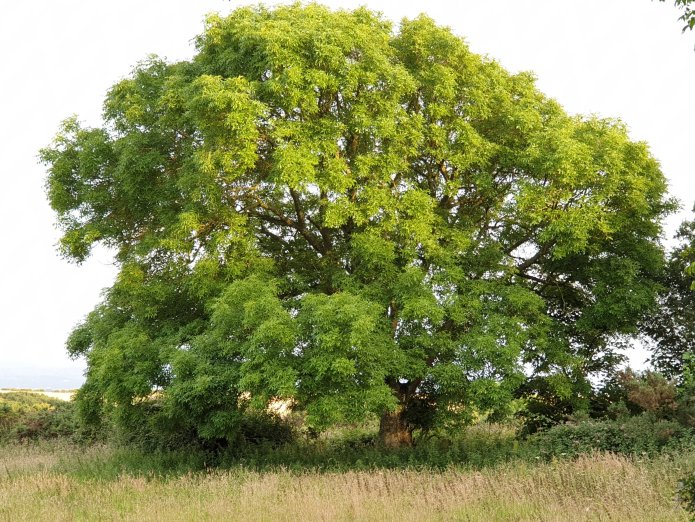 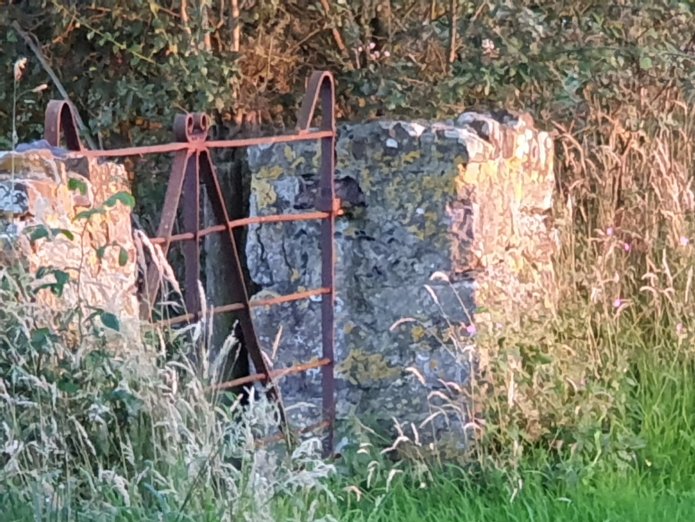 I hadn’t expected it to be so lush on our return after a mere four months away from the green hills of Snowdonia:- 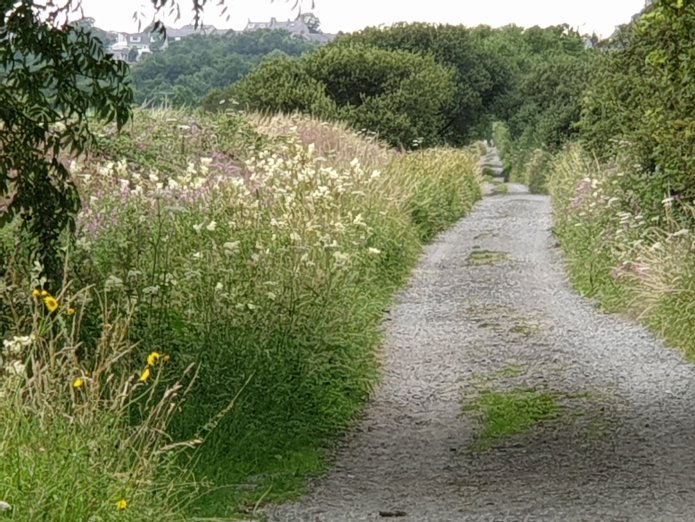 I paid much more attention to the architecture of the Fitzwilliam Museum than I have previously. First, the glories of Basevi’s original, neo-Roman design with its forceful classical detailing:-

Then, the additions made by Sydney Cockerell, which were only one part of a much larger set of designs, drawn up in 1914-1915 by Smith & Brewer, the architects of the National Museum of Wales and involving a much larger building round a big courtyard than was actually ever built. In 1911, Cecil Brewer had been to the States to study contemporary museum design, which explains its style of stripped back, American neo-classicism. But the first world war put paid to the big project, so initially only the Marlay Gallery was built in the early 1920s and the Courtauld Gallery, including the gallery for Dr. Glaisher’s collection, which opened in 1931.

Downstairs, I spent more time than I have previously admiring the astonishing range and depth of the Glaisher collection of ceramics (Glaisher was a mathematician and fellow of Trinity).A 13th. century man from a ridge tile:- 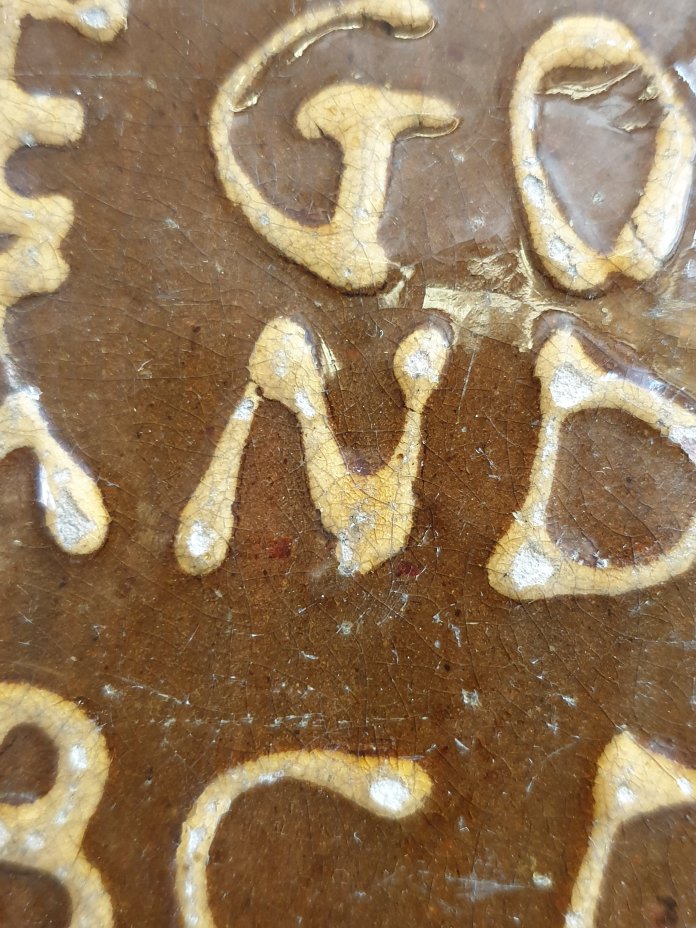 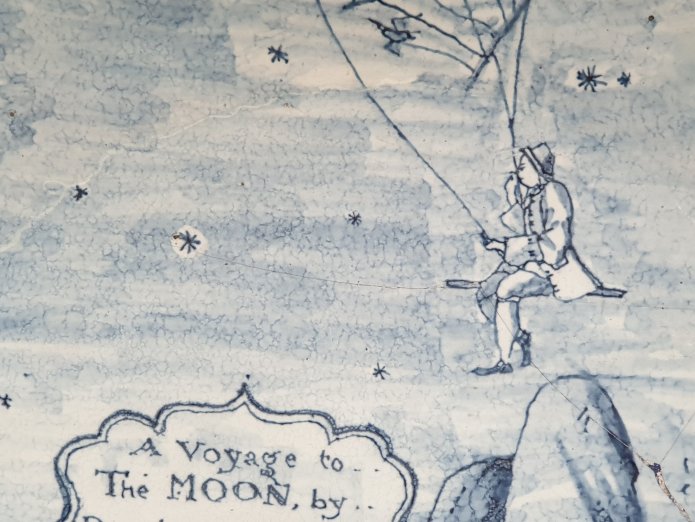 Glaisher had such a good eye and such an astonishing collection that the Fitzwilliam built a gallery specifically in order to house it. 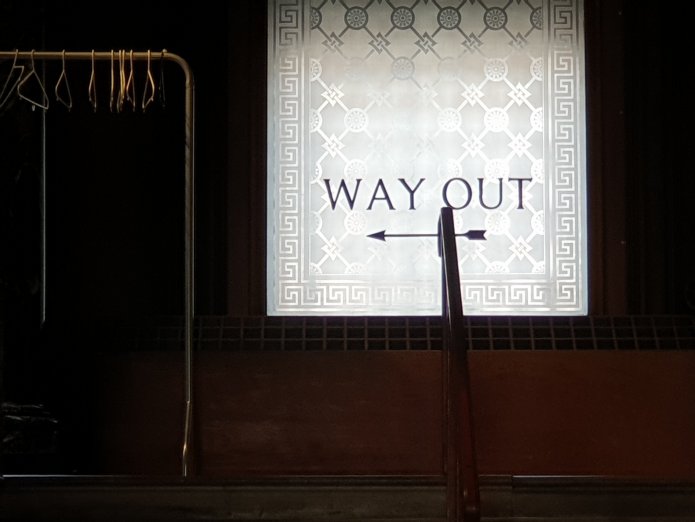 I had arranged to visit the Fitzwilliam Museum today, which I’ve managed to get to in spite of many cancelled trains and the suffocating heat. It’s worth it to see George Basevi’s magnificent entrance façade, built between 1837 and 1843, some time after the seventh Viscount Fitzwilliam had given £100,000 ‘to cause to be erected a good substantial museum repository’:-

I started in Gallery I.

A Matisse acquired by Maynard Keynes on Vanessa Bell’s advice in 1919:-

This is Louis Clarke, who was the Museum’s Director, in a bronze by Jacob Epstein:-

It has a very beautiful early Degas (surprising):- 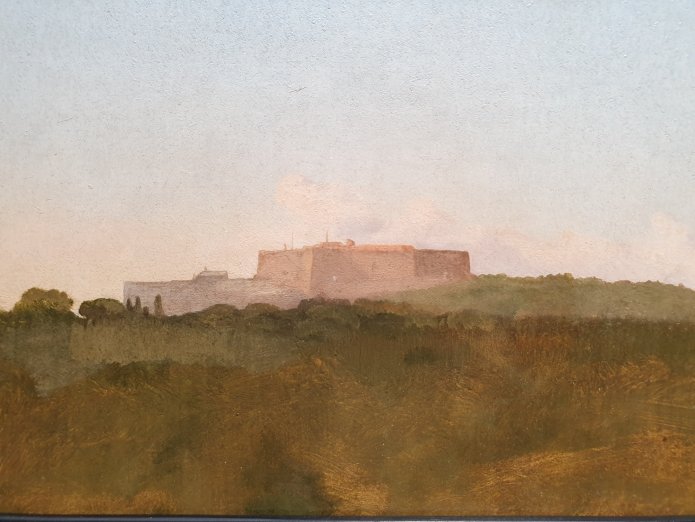 Gallery VI is the Upper Marlay, a wonderful gallery space, added by Sydney Cockerell in 1921 to designs by Arnold Dunbar Smith of Smith & Brewer, who Cockerell would have known through the Art Worker’s Guild. The early Italian pictures are hung on a background of Japanese gold wallpaper, like a jewel casket:- 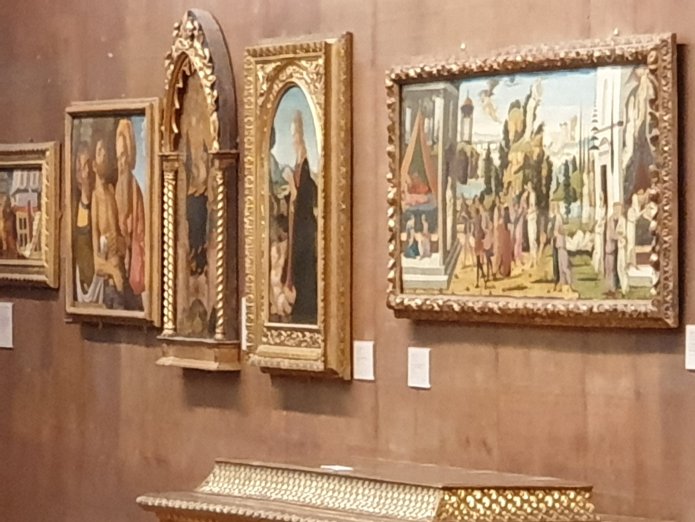 A piece of Spanish alabaster:-

A head of Cleopatra by Parodi:-

A Magnasco bequeathed by Steven Runciman:-

Extreme Unction, one of the Seven Sacraments from Belvoir:-