After Honor Clerk had done an exhibition on the Sitwells at the NPG, she planned to do an exhibition on the Nicholsons as a family, including Kit, who was Ben’s younger brother.   Now Dulwich Picture Gallery, in conjunction with Kettle’s Yard, have done an exemplary small exhibition, showing how Ben and Winifred Nicholson reacted to one another:  to the same subjects, developing together, living in Cumberland on Hadrian’s Wall (Howard country), painting the same hillside and the same farm;  befriending William Staite Murray and Christopher Wood;  and then moving down to St. Ives where they were very obviously influenced by the naive style of the self-taught Alfred Wallis.   He was better at still lives, she at portraits.   She comes out of it strongly, not least in the move to Paris and abstraction in the early 1930s.   The exhibition demonstrates very clearly that she was at least as important as Barbara Hepworth in the formation of his art.

I’ve always loved the way that the mausoleum for Sir Francis Bourgeois and Noel Desenfans is integrated into, and central to, the experience of their picture gallery, so that one breaks off from looking at Claude and Poussin and steps into the amber gloom of their burial place.   Soane was already a friend of Bourgeois when Bourgeois died in 1811.   They had both been opponents of Benjamin West as President of the Royal Academy and both were ardent freemasons.   So, the design of the picture gallery and mausoleum was a labour of love, making use of Soane’s deep knowledge and love of Roman funerary buildings: 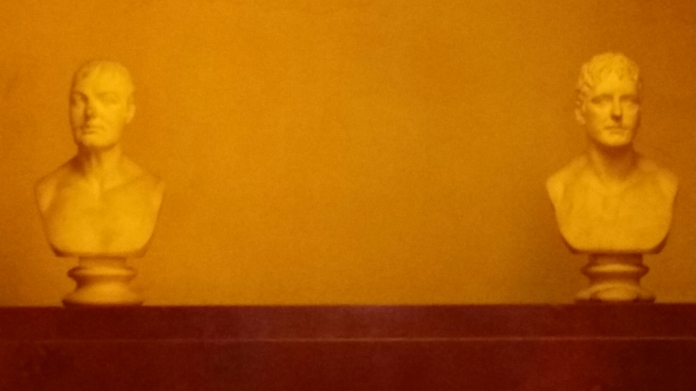 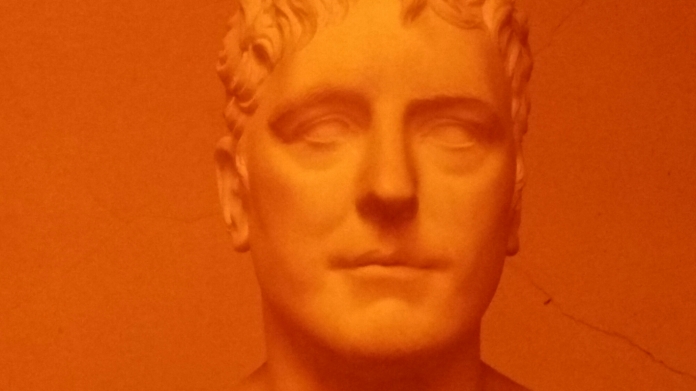 It being a sunny Sunday and the first day of autumn, I went on a wander round the purlieus of Victoria Park, beginning with an investigation of the curious little graveyard on Globe Road, which has a single Soane-like tomb dedicated TO THE MEMORY OF MASTER GEORGE HENRY SPOONER SON OF THOMAS WILLIAM AND FRANCIS SPOONER WHO DIED THE 25TH JUNE 1822 AGED EIGHT MONTHS: 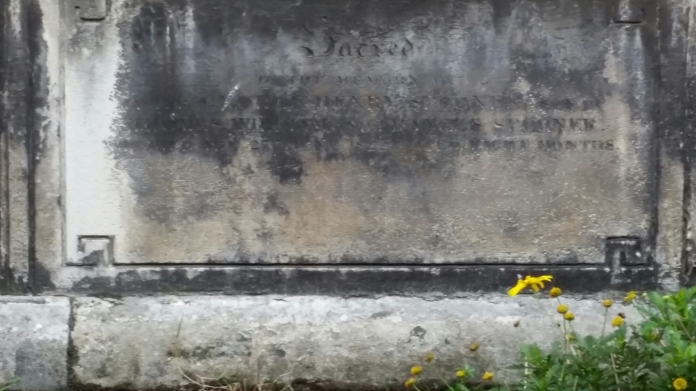 It’s odd how one can live in a neighbourhood and miss areas of it.   I don’t think I’ve walked up Approach Road since the 1970s and certainly hadn’t seen the ironwork railings of the London Chest Hospital: 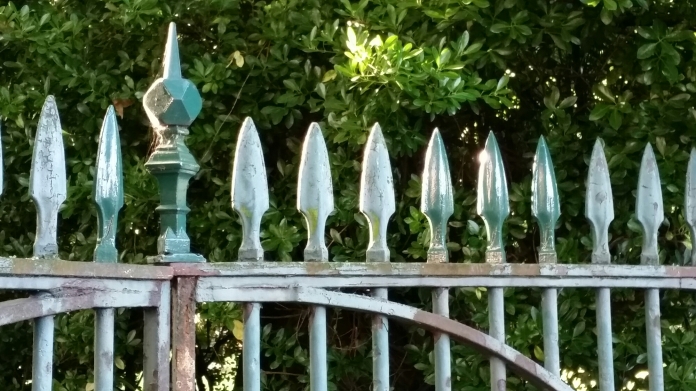 Victoria Park itself is a tiny bit too Victorian municipal for my taste, but looked fine empty in the sun:

I was quite taken by this example of graffiti art under the motorway flyover:

I ended up admiring the skyline of Stratford across the playing fields of Mabley Green: 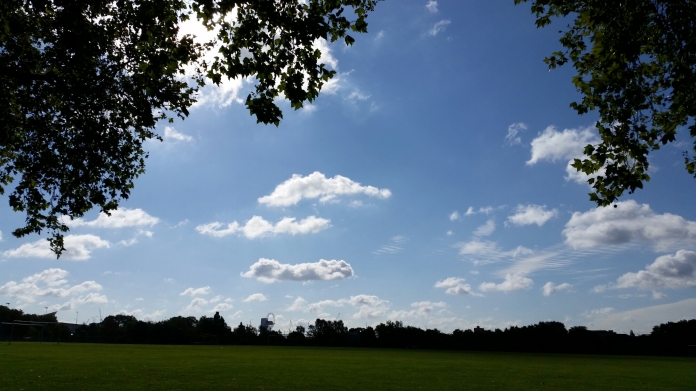 I spent another happy afternoon pottering about Christopher Ondaatje’s amazing collection of Bloomsburiana and other associated literary material which he houses in remotest Devon.   He has made the collection over the last decade, buying books, including many first editions, and then buying portraits which go with the books.   It’s an odd and very satisfying combination of a visual and intellectual feast, including many wonderfully atmospheric photographs, particularly after a good lunch.

Arriving, as I always do, far too early at Paddington Station for a trip to the west country gave me time to admire, as I seldom do except subliminally, the amazing beauty of Isambard Kingdom Brunel’s curving roof, which is more visible after recent renovations (by the PPRA no less).   It’s a most elegant cat’s cradle, originally painted in colours chosen by Owen Jones, using the technology of metal to maximum effect.   The curvacaceous ornamental ironwork at the end of the platform is by Gustave Eiffel:

The roof over platforms 9 to 12, which is now the most visible, was added much later in steel in 1916: 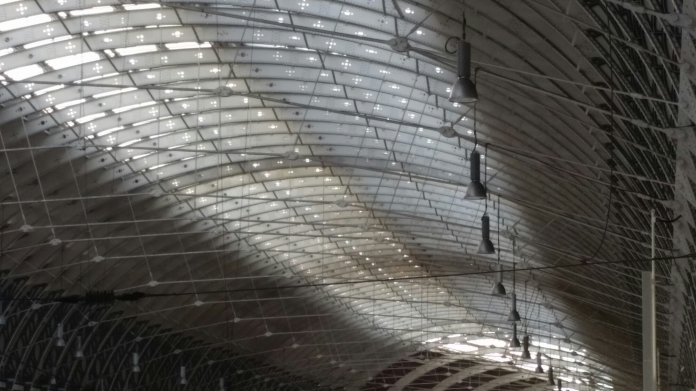 But the experience of waiting for the train to Newquay remains as exciting as it must have been in 1854. 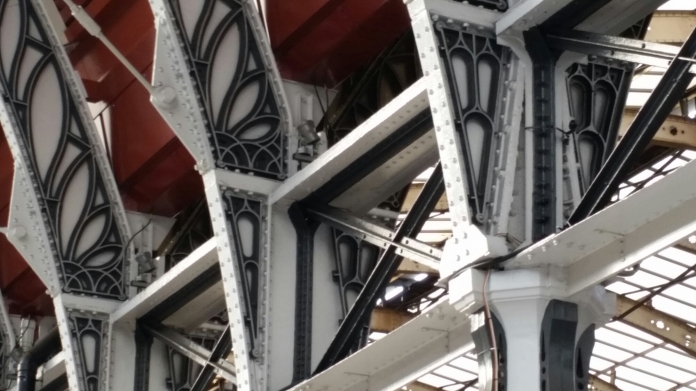 I went back to work today, the same day as the Prime Minister.   I know he has been much criticised for taking two holidays, but I have found two holidays very therapeutic.   So, I returned freshly shorn with a spring in my step which lasted at least up until lunchtime.   Our wonderful Head of our Red Collars said that he did not recognise me which was a trifle unnerving.   Was it the light tan or the haircut or simply that he hadn’t seen me for a few weeks ?   Lunch was at the Wolseley which was fuller than the tube train.   Several people have commented that my last blog about being back in London was a trifle gloomy, but today London was at its best.

We were driving through the mountains on the instructions of the satnav, when, lo and behold, we found ourselves at the bottom of the little road leading up to Plas Brondanw, where Clough Williams-Ellis lived his long life.   I remember snooping around as a youth, but have quite forgotten seeing it since, so wonderfully situated looking north towards Snowdonia, with pleached hedges and characteristically playful 30s rococo features, all adorned in bright yellow and the estate turquoise blue.

This is his house: 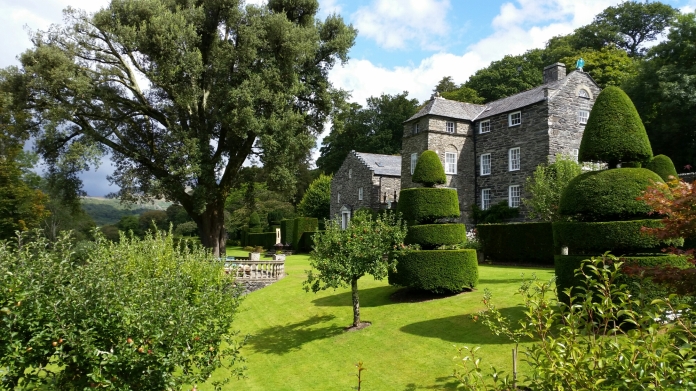 This is the view:

And these are aspects of the garden: 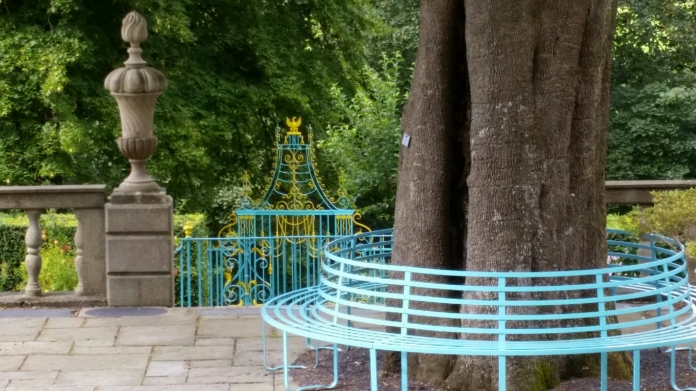 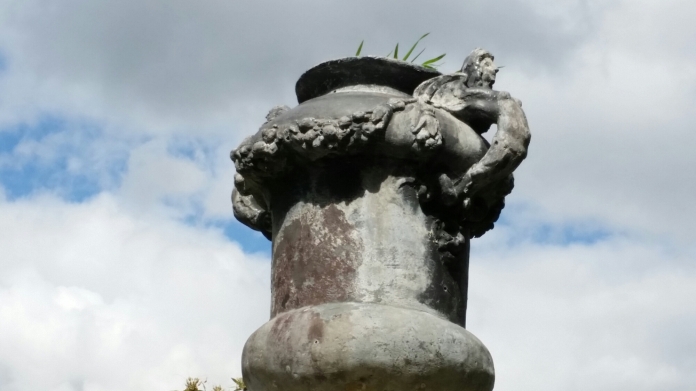 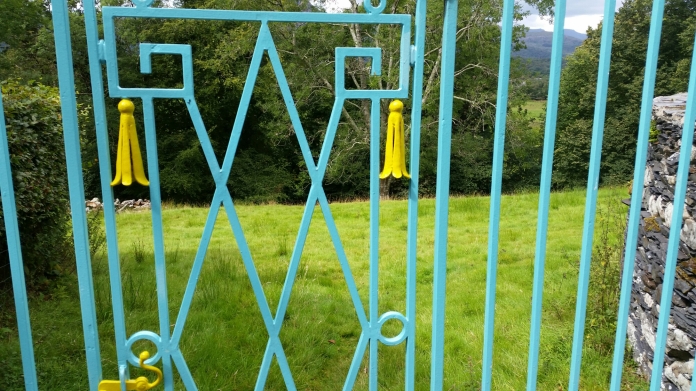 It being a characteristically wet August bank holiday, we ventured forth to see Plas Cadnant, a house and more especially a garden, which has been beautifully and trimly done up in recent years by Anthony Tavernor, a Staffordshire dairy farmer turned horticulturalist.   It has large herbaceous borders and champion vegetables, clipped trees and below a water garden in a steep dell full of ferns and gunnera.   We wandered round in the rain, nearly the only visitors, admiring the immaculate lawns and planting and longing for the sun. 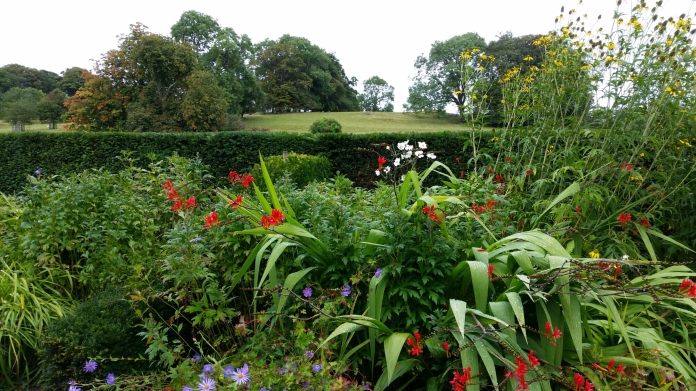 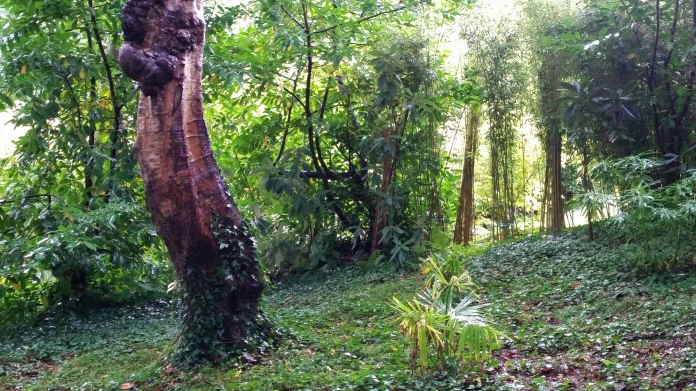 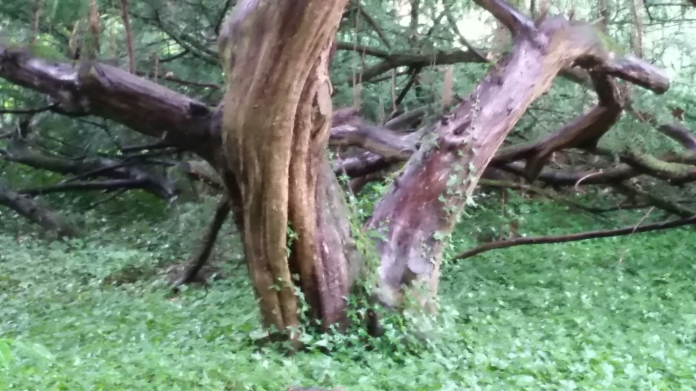 Dolgellau may be dour on a bleak winter’s day, but in the summer sun it was unexpectedly cheerful in spite of the heavy dark stone from which the town is built.   It used to be jam full of through traffic, but this goes on the new road, leaving the centre as an unspoilt market town with butcher, baker, draper, cafés and wine merchant and no chains except for Spar in a nonconformist chapel.   This is the butcher:

This is the draper:

This is Eldon Row, named in 1830 in honour of the Lord Chancellor:

These are other scenes from the town: 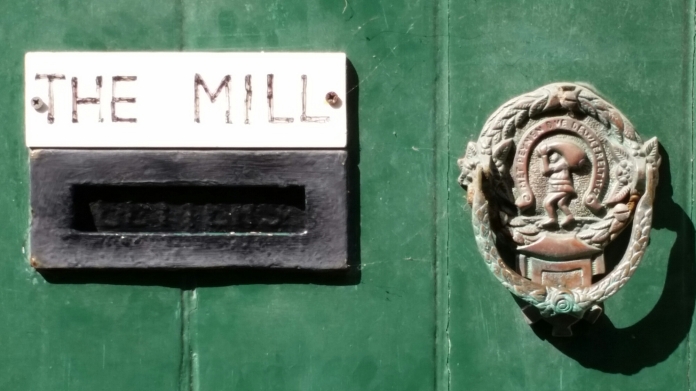 Last year I arrived at Machynlleth railway station after an eight-hour train journey from Bangor (we got stuck near Oswestry) and realised that I was sharing the carriage with a string quartet.   They were en route for the Machynlleth music festival.   So, this year, looking at the programme and seeing that Ian Bostridge was being accompanied by Julius Drake and Charles Owen was playing solo in the evening, we decided to make the long trek through the mountains of north Wales to hear them.   I’ve always liked Machynlleth as a town in a nice, solid, mid-Welsh and now slightly hippy-ish way.   The concert was in an old non-conformist tabernacle with near perfect acoustics.   Ian Bostridge sang Mahler songs with magnificent cerebral intensity.   Charles Owen played an unspeakably complicated work by Liszt, Années de Pèlerinage, for the first time, having admired a recording by Alfred Brendel in his youth and waited 25 years to learn it;  and then one of Schubert’s late piano sonatas D.959 with its impassioned second movement.

We stayed up in the hills in a house with trees planted in the heyday of Victorian arboriculture, when Wales was regarded as Switzerland:

This was a view of the valley in the sunny morning: