We’ve just had a very nice event to celebrate 25 years of the Charleston Literary Festival.   I think I have gone every year for the last twenty.   Every year a treat, full of unexpected literary, dramatic and occasionally political pleasures.   In my speech, I tried to remember the best intervention by a member of the audience, which was when Lisbet Rausing asked a question of Adam Nicolson which made a connection between his admiration of the patriarchal values of the traditional landed aristocracy in Great Britain and the values of the Estonian aristocracy before the second world war.   And what had that led to ?  The point was that the audience always knows at least as much as the speakers.

Christopher Ondaatje, Nigel Newton and Charles in the Academicians’ Room or the Royal Academy © Axel Hesslenberg

Yesterday we went down to Margate to see Edmund de Waal’s new installation called Atmosphere, porcelain bowls hung in rows with musical intervals in front of the great East window looking out to the north sea.   The Dean of Canterbury was there and the Canterbury Cathedral choir.  They sang motets from the balcony and it was obvious that his work is a form of monastic contemplation stripped to shape and the space in between, although he talked more of Constable and Turner looking up at the clouds and the dissolution of the distant horizon.

At long last, there are signs that the new London has arrived in Stepney.   We’re able to have eggs and bacon in Foxcroft and Ginger, the new, so-called ‘artisan bakery’ which has been installed in the old Wickham’s Department Store, which English Heritage has shamefully failed to list in spite of being one the grandest buildings in the old East end and the subject of a memorable eulogy in Nairn’s London. 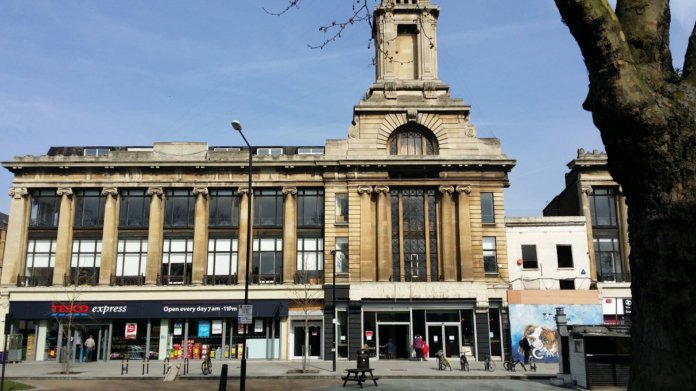 A developer has bought the building and installed work units upstairs.   Now we don’t have to go to Spitalfields for bread and cappuccino.   Farewell to the chicken shops which have traditionally lined the Mile End Road! 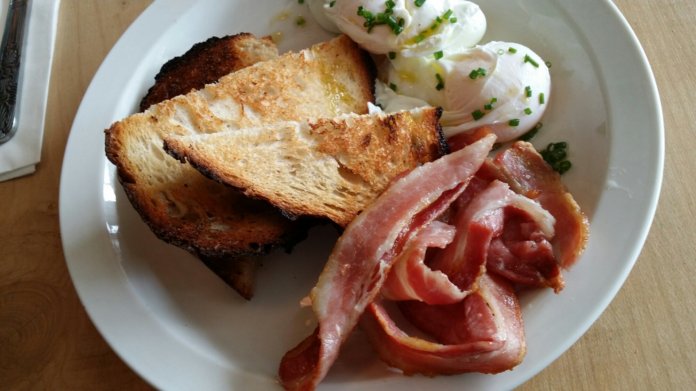 It’s a long time since I’ve been on the Today programme, two minutes of ephemeral fame, talking about Tony Hall’s proposal that the BBC should remake Kenneth Clark’s Civilisation ‘for the digital age’. Of course, the whole point of Civilisation is that it’s not about the digital age, because it’s about the message, not the medium. And nobody made the point that nowadays Kenneth Clark wouldn’t get the role: wrong voice, wrong class, wrong teeth, wrong views. My candidates, for what they’re worth, are Jessica Rawson, Lisa Jardine or Mary Beard.

Shanghai is undergoing an extraordinary boom in private museums.   Given land and buildings by the municipal authorities, private collectors are then free to shape the museum according to their taste and collection.   The first we visited was the Yuz Museum.   I thought it was opening in 2017.   I misheard.   It is opening on May 17th.   An aircraft size building, it was indeed constructed by the Russians in the 1950s.   A beautiful large, industrial building with large galleries to the north and a new build by a Japanese architect at the front to accommodate bookshop, cafe, ticketing, restaurant and private members’ room on interleaved decks.   The Power Station of Art is actually a public museum, built at great speed by the banks of the Yangtse to coincide with the opening of the Shanghai Bienniale on 1st. October 2012.   We met Li Xu, the deputy director, who spoke charmingly and openly and in impeccable English about the problems of state funding, which are the same everywhere:  an interest more in the building than the programme;  a lack of commitment to the project’s sustainability;  hardware more than software.   By the time we got to the Jingan Sculpture Park, the sun was out, blue sky and blossom.   END_OF_DOCUMENT_TOKEN_TO_BE_REPLACED

In Shanghai we took the van into the deep suburbs to visit Zhang Huan in his new studio complex.   The gates opened and there was a camera crew to record our arrival.   We were taken first to a large, long space, as large as the Turbine Hall, where he was showing a monumental work based on a photograph of Mao and party officials, infinitely mournful, in ash, the lost dreams of his parents’ generation and of his youth.   it was hard to tell whether it was political or merely nostalgic.   Philip quoted Susan Sonntag.
END_OF_DOCUMENT_TOKEN_TO_BE_REPLACED

I felt a Proustian moment of recognition as we approached Zeng Fanzhi’s studio.   I had been here before.   I had.   I visited with Fabien Fryns, who also brought him on a private visit to the RA.   He’s got an unusually developed interest in the history of art and since my last visit has acquired a wonderful Caspar David Friedrich drawing, two Morandis and an Egon Schiele.   He’s in the process of designing a museum for the exhibition of his own and other people’s work.   It’s being designed by Tadao Ando.