The long flight back to London allowed me to read Sharon Rotblat’s Architecture and War in Tel Aviv and Jaffa (London:  Pluto Press, 2015).   It’s an interesting polemic against the idea that Tel Aviv is the product of the Bauhaus.   He argues that there was only one Tel Aviv architect who had trained at the Bauhaus, Aryeh Sharon, who was responsible only for some communal housing projects which were genuinely inspired by the communitarian spirit of the Bauhaus and repudiated the idea that Bauhaus was a style:  ‘Bauhaus is neither a concept, nor a uniform institution’.   He argues that the expansion of Tel Aviv was a product not of German idealism in the 1930s, but British pragmatism in the 1920s.   ‘Popular and architectural histories of Tel Aviv associate construction during the 1930s with particular Central European aesthetic and architectural qualities, but in reality the city’s expansion was much more of an exercise in British urban planning…Over the course of the Mandate, the British revolutionized the country;  they built power stations, airports, ports, railway lines and train stations, roads, pipelines, hospitals, schools, government buildings and army barracks’ (pp.91-2).   But they scuttled off in 1948.

Our last port-of-call was Jaffa, the old city south of modern Tel Aviv, which has a completely different atmosphere to Tel Aviv, more run down, much more Arab, where, so far as one can tell, Christians, Jews and Arabs co-exist much more comfortably, as they presumably have for centuries.   We went to see two theatre groups, where Israelis and Palestinians work together and alongside one another, apparently amicably:  the Gesher Theatre, established by Yevgeny Arye, a Russian stage director, in 1991;  and the Jaffa Theatre in an old building by the sea.   After three days of unremitting pessimism and being reminded forever of the continuing failure of repeated peace initiatives, it was a relief to meet people who were working together without making a big deal of it.   Maybe this could be the future.

At lunch, I took photographs of the surrounding market:- 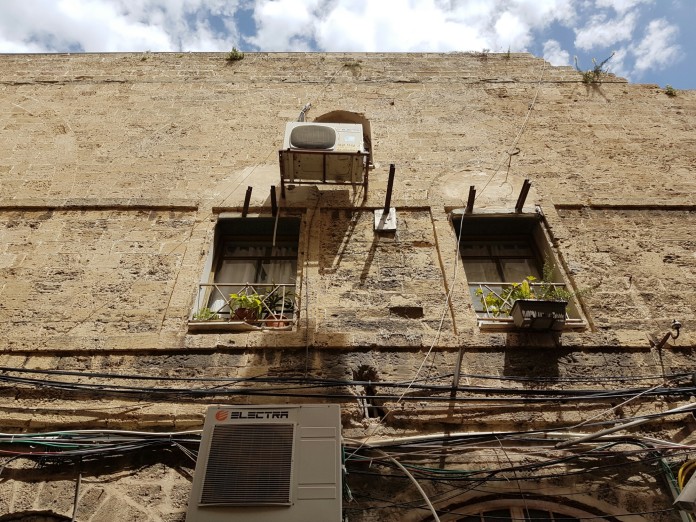 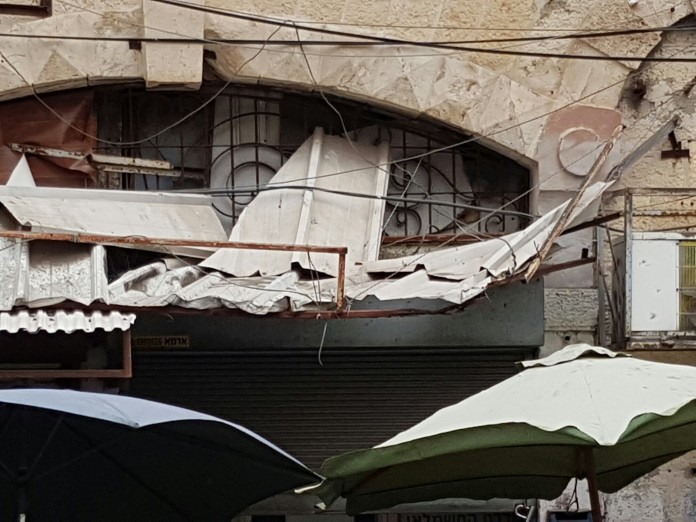 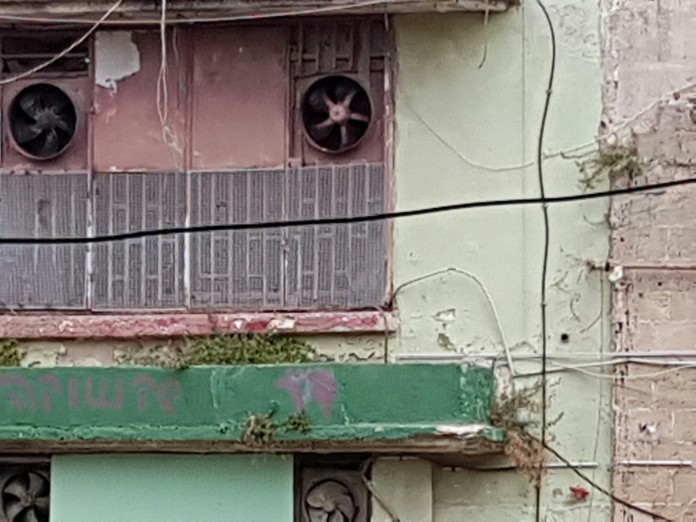 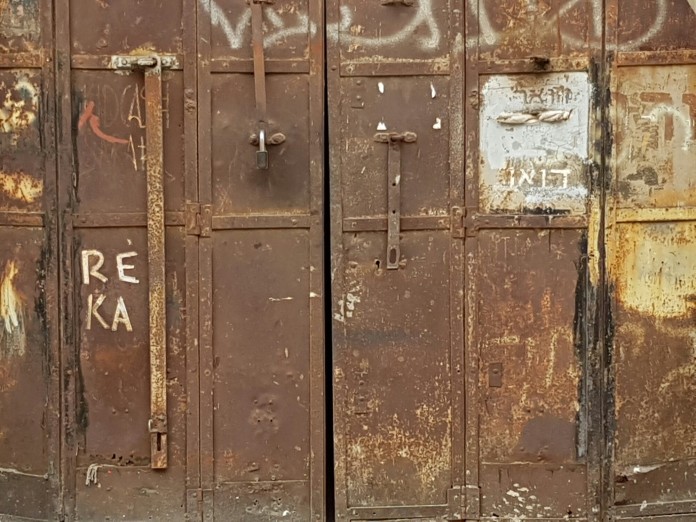 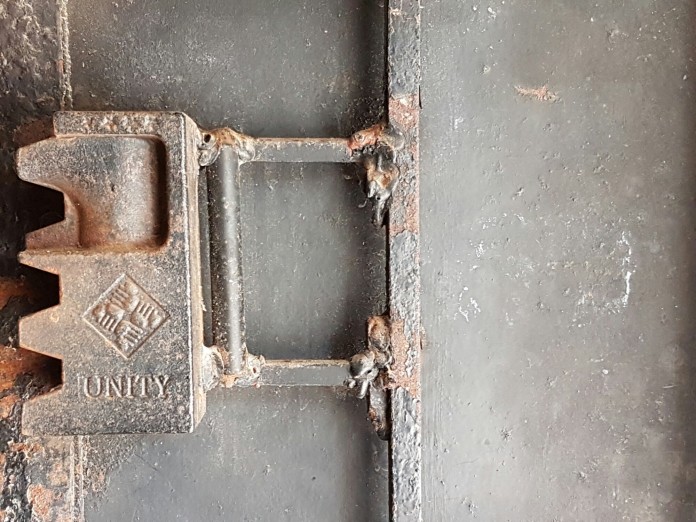 On my last day in Israel, I have been lying in the bath trying to reconcile the many and diverse accounts we have been given of Israeli politics and history.   What we have been told repeatedly is that a foreigner cannot possibly comprehend the complexity of the situation and that Israelis resent foreign interference in their own affairs and the presumption that there could, or should, be a solution.   But what seems obvious is the unsatisfactory fact that the State was founded by decree of the United Nations without the support and consent of the surrounding countries and that this consent has been withheld to this day;  and that every attempt to broker peace ever since has failed.   So, I find it baffling that the United Nations has failed to ensure acceptance of a policy it implemented seventy years ago.

Later in the morning we went on an official tour of the White City with Michael Levin, an architectural historian and pupil of Reyner Banham who used the term as the title for an exhibition White City:  International Style Architecture in Israel held in 1984 at the Tel Aviv Museum and internationally which celebrated the style and its use in Tel Aviv.   Most of what we saw was either on, or on the streets very close to, Rothschild Boulevard:- 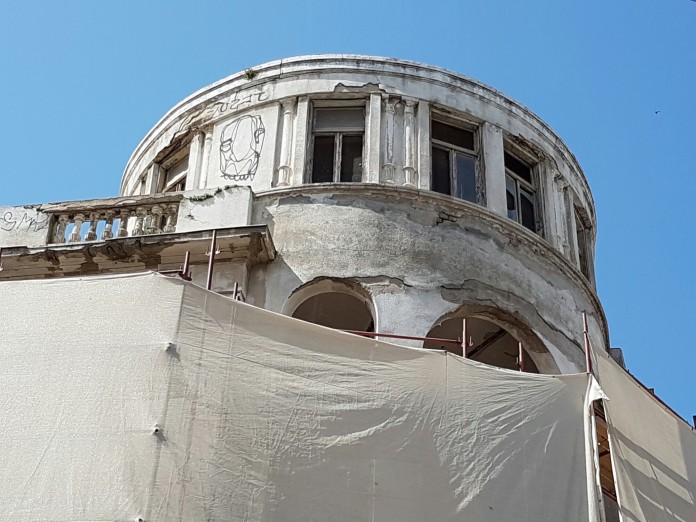 In the afternoon, we saw the survival of the style in the rougher neighbourhood where some of the more avant garde art galleries now are in south Tel Aviv:-

I got up early in order to survey the splendid remains of Bauhaus idealism:  suburban street full of dilapidated villas designed in the 1930s by emigré architects who had fled Germany and designed buildings on a street plan which had been laid out a decade earlier by Patrick Geddes:-

Visiting the Holocaust Museum has inevitably made me think about my step-grandmother, Hélène Jeanty, whose first husband, Paul, was a leader in the Belgian Resistance.   They were discovered to have a British airman in hiding, but Hélène – or Ninette as she was always known – feigned madness in order for her husband to escape sentence according to Article 51 of the German penal code.   So, she spent the war in an asylum.   At the end of the war, she discovered that Paul had been shot anyway.   She attended the Nuremberg Trials as an observer and met Albert Speer with whom she corresponded for ten years while he was in Spandau Prison (prisoner number 5).   It was one of his letters to her, dated 1971 and sold at Bonhams in 2007, which revealed that he had known of the Final Solution, contrary to what he had written in Inside the Third Reich.

I wasn’t sure that I was going to do another post about the politics of Israel, of which I have an increasingly much less confident understanding.   But I had a brief moment of illumination listening to an exposition of its history by Amos Schocken, the proprietor of the liberal Ha’aretz newspaper.   His grandfather, Salmon Schocken, was the owner of a chain of department stores, patron of Erich Mendelsohn, and moved to Palestine as was in 1934.   Schocken emphasised two things, both of which are obvious, but neither of which had I heard before.   The first was the interlinking of the foundation of the state of Israel to the experience of the holocaust (and the underlying fear of another holocaust to come).   The second was the problem of the settlements and the fact that the ideology of the settlers has been supported by subsequent governments and made a political and diplomatic solution to the occupied territories impossible.   Maybe I have oversimplified, but it was a speech made with gravitas.

We went for lunch in Ramallah, the de facto capital of the Palestine authority, where we learned more about the impossible and hopeless intractability of relations (or non-relations) between Israel and Palestinians, ever since the breakdown of the second Camp David negotiations when the two states got close to agreement about the settlement of boundaries not once, but twice;  but, also, the liveliness and intelligence of the Palestinian artistic community.   We had a very articulate defence of BDS (Boycott, Divestment, Sanctions), but it sounded more like a negotiated agreement between equals, clearly highly desirable, not a blanket boycott:-

We were taken round Yad Vashem, the Holocaust Museum, in the morning, designed by Moshe Safdie and opened in 2005, a large underground cavern which documents in harrowing detail all aspects of the Final Solution, including photographs of the perpetrators and documentation from the death camps, including Auschwitz, Birkenau and Terezin:- 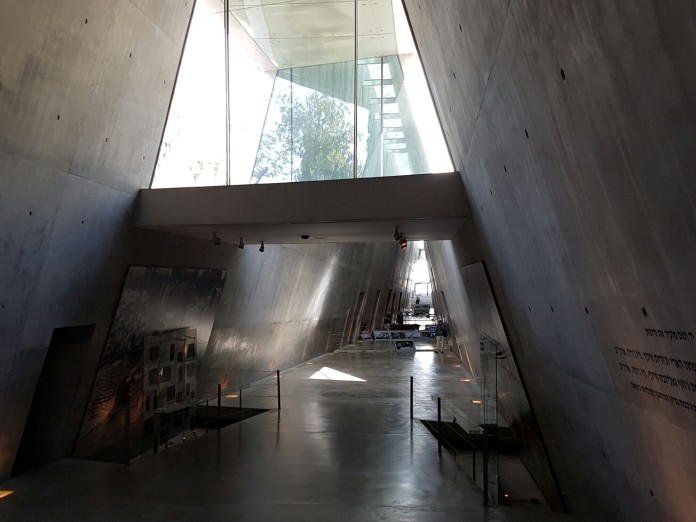 We spent most of the day in the major Jerusalem Museums.   First, in the Museum of Islamic Art, which was founded in 1974 by the daughter of a Lord Mayor.   I particularly admired the medieval chess pieces:- 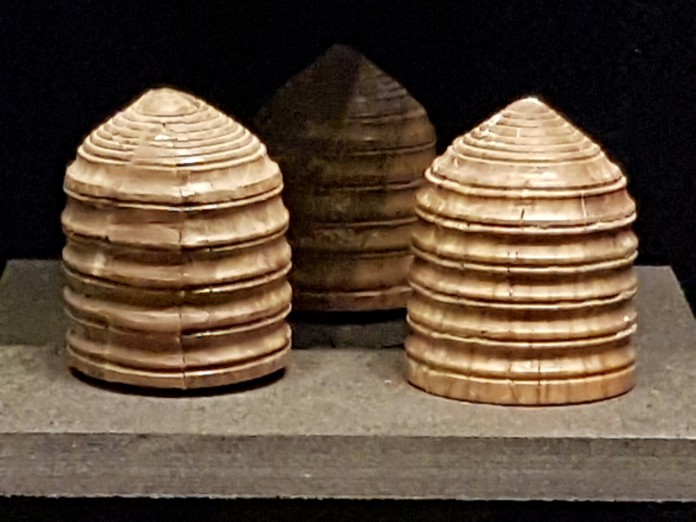 After lunch we walked to the so-called Hansen House, a former leper hospital which only closed in 2009 and retains one room as a memorial to its former use:-

Later we went to the Israel Museum, the grandest of Jerusalem museums, laid out in the mid-1960s by Alfred Mansfeld on strict Bauhaus lines and recently added to by a New York architect James Carpenter in such a way as to respect the original.

The Dead Sea Scrolls are housed in a separate building:-

I liked the surrealist exhibition No Place Like Home, rehabilitating Duchamp with work by Yayoi Kusama:- 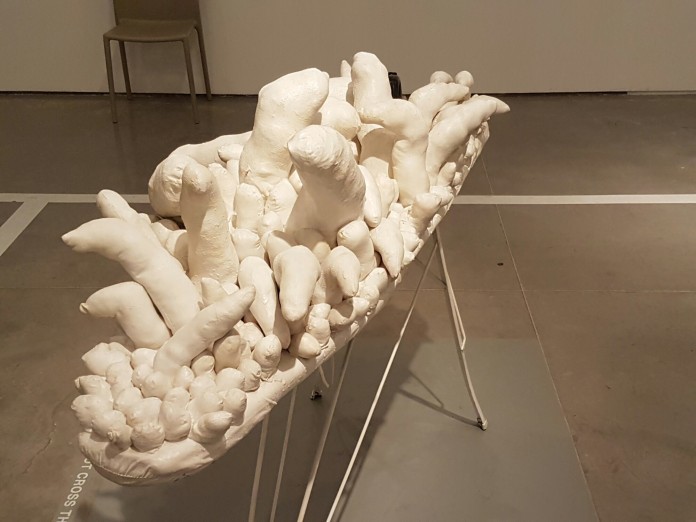 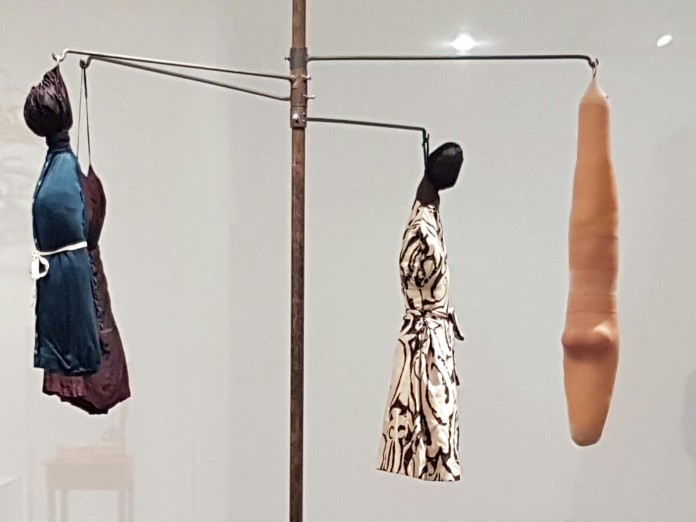 We ended by going down into the stores:-

In order to see the Angelus Novus (1920), originally owned by Walter Benjamin, bought by him for 1,000 marks from Paul Klee in 1921, then given by Benjamin to Georges Bataille with an instruction that it should go to Theodor Adorno who kept it until his death in 1969.   Benjamin wrote about it in his ninth thesis on the Philosophy of History, published in 1940, in which he wrote, ‘This is how the Angel of History must look’:-