Before checking out on holiday, I am posting an unexpected view of Paddington Station which I took yesterday morning en route for breakfast at the headquarters of Marks and Spencer.   My eye was caught by the bold lettering in the distance on the 1930s office block – the so-called ‘Arrivals Side Offices’, now called Tournament House – which were added behind the Great Western Hotel by P.E. Culverhouse in 1933:- 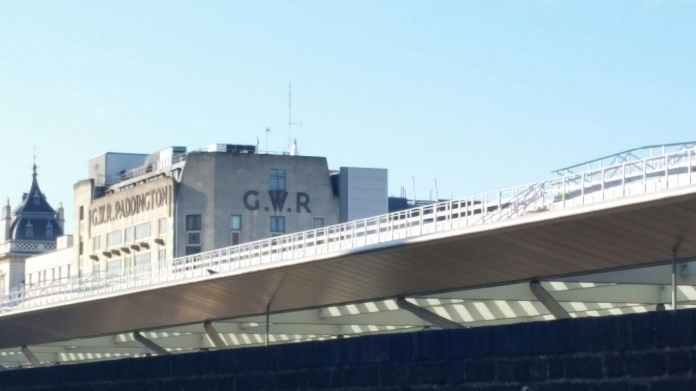 I am gradually getting to know the neighbourhood round Unilever House.   It’s like a foreign country, the business and commercial district sandwiched between the Temple and the City.   Down Temple Avenue I was interested by the sculpture supporting the door on a building of the late 1880s:- 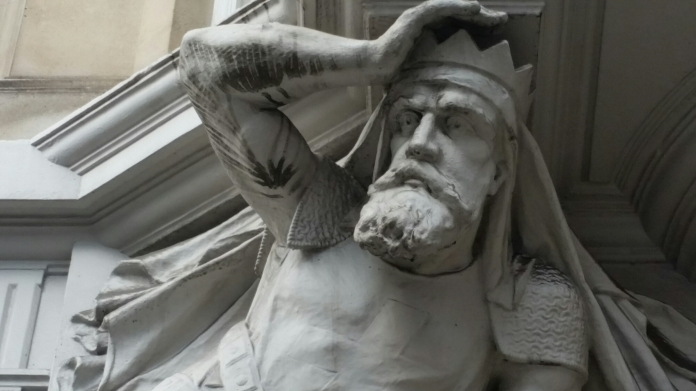 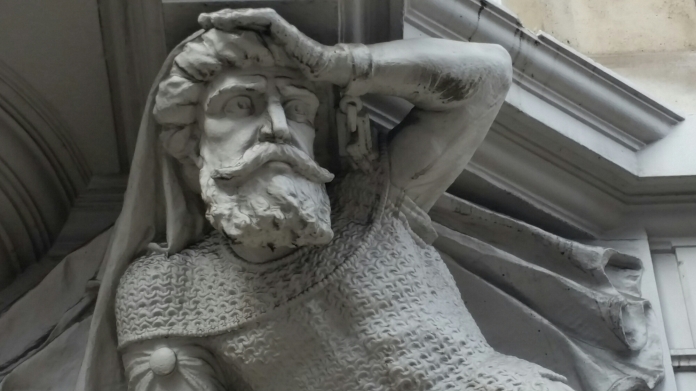 I was asked to speak at the unveiling of a sculpture by Ronald Rae in Campbell Park in Milton Keynes.   It was moved from Bletchley Park in memory of Edna Read, a formidable advocate of public sculpture in Milton Keynes.   In the 1960s, she founded a City Gallery which operated out of a white van and persuaded the Milton Keynes Development Corporation to put money aside for art.   What I hadn’t known, and would never have guessed, was that she was half-Japanese, with a Japanese father, Takayuki Eguchi, who had been a student at the LSE, interned in the war, and sent back to Japan.

I attended a meeting yesterday to look at plans for the improvement of the public realm on Old Bond Street.   Our attention was drawn to the view of the so-called Ferragamo building on the corner of Old Bond Street and Burlington Gardens.   I had never really looked at it with its flèche reminiscent of Ste. Chapelle.   It was built in the mid-1920s for Atkinson’s, a firm of parfumiers, and has prominent public lettering recording this:- 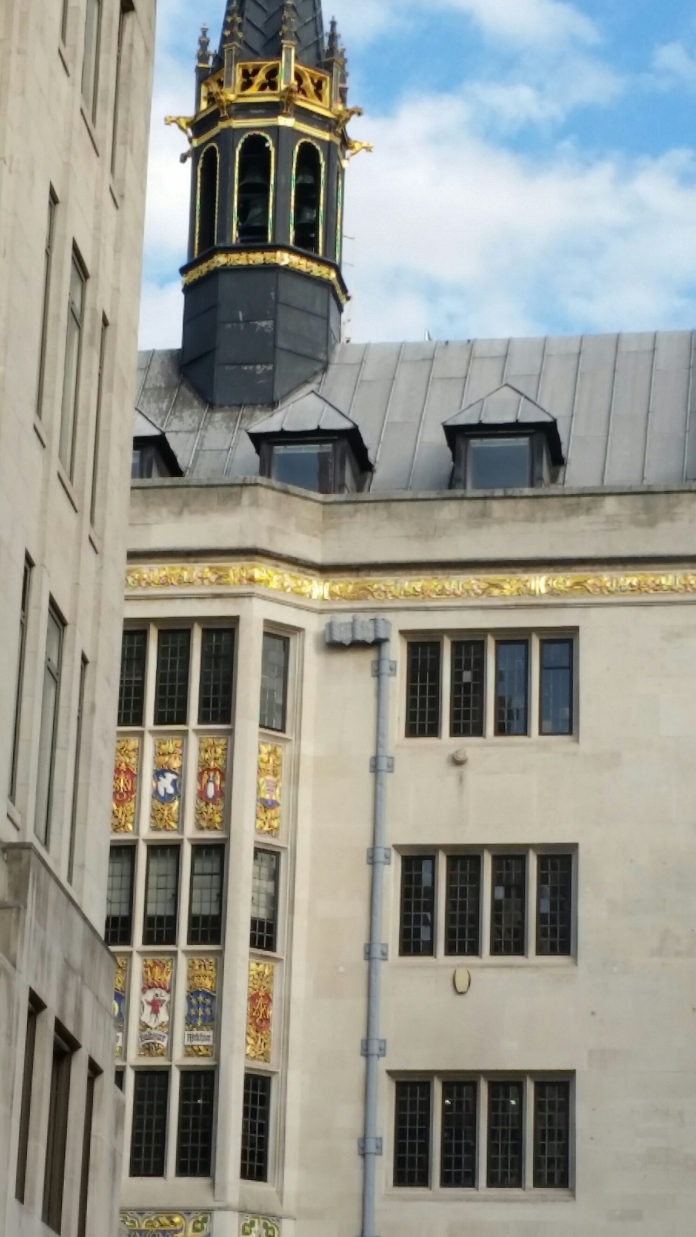 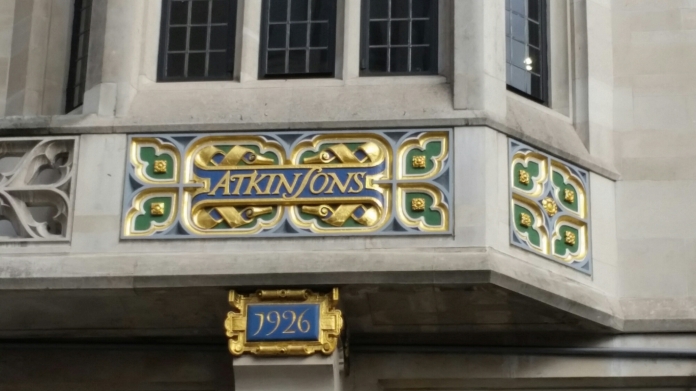 END_OF_DOCUMENT_TOKEN_TO_BE_REPLACED

I went to see St. Bride at lunch-time today.   It’s not a church that I know at all well, tucked as it is on an alleyway behind the old Reuter’s building off Fleet Street.   The spire is particularly magnificent, built between 1701 and 1703 to a design that replicates the spire on the Warrant design for St. Paul’s.   The interior is an over-luxurious remodelling after catastrophic war damage.   In the churchyard, I spotted the tomb of Samuel Richardson:- 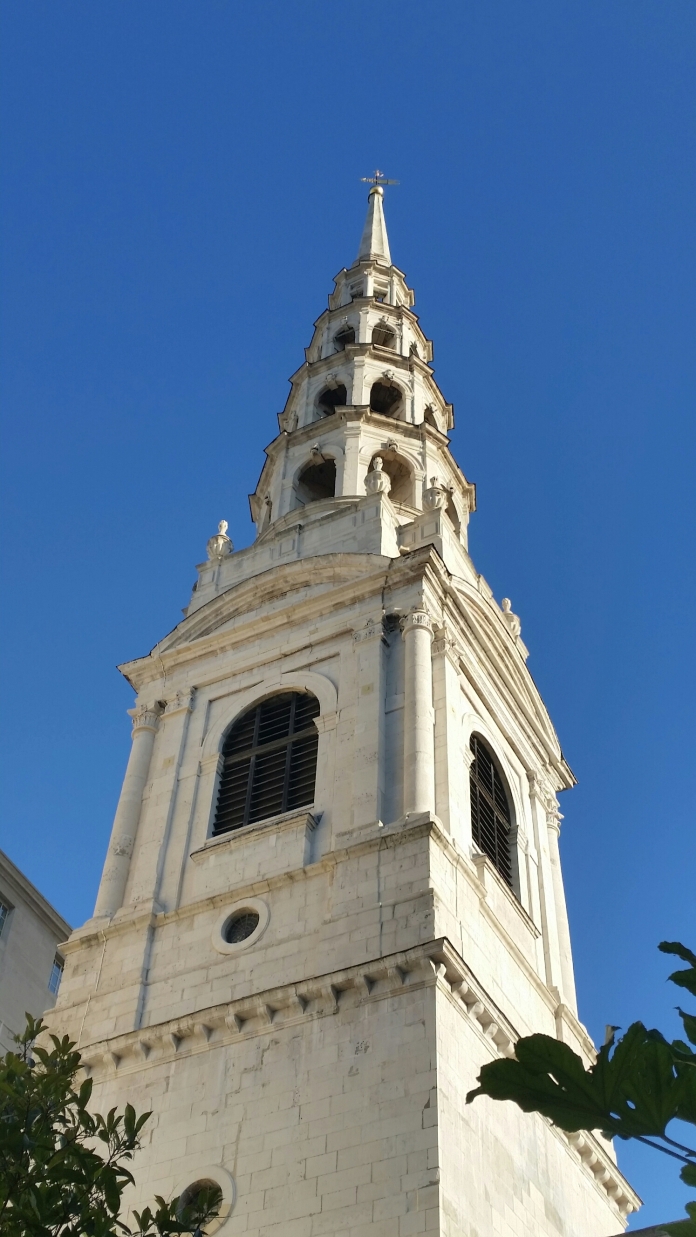 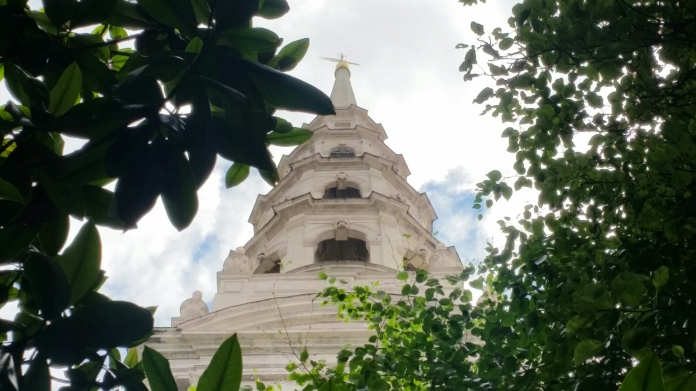 END_OF_DOCUMENT_TOKEN_TO_BE_REPLACED

It was a breezy morning as I walked across Blackfriars Bridge and was able to admire the grand, monumental classicism of our new home in Unilever House, together with its jazz moderne and Egyptomanic detailing:- 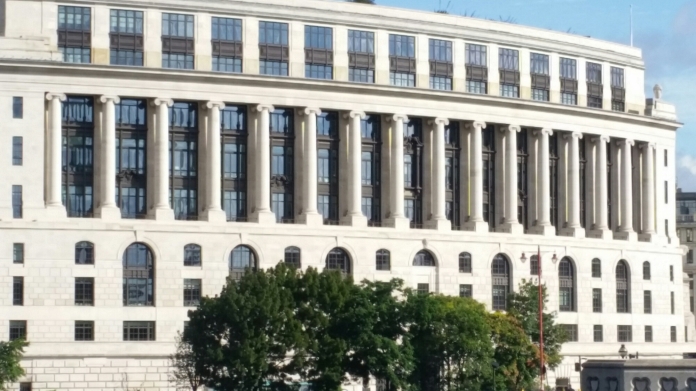 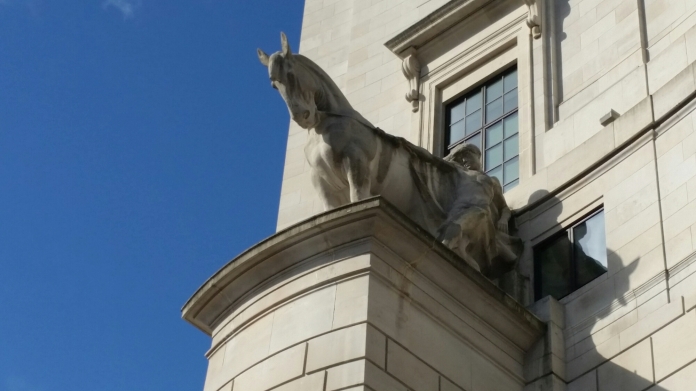 END_OF_DOCUMENT_TOKEN_TO_BE_REPLACED

I wandered into the National Gallery’s exhibition out of the maelstrom of tourists outside.   I found it more satisfying than expected to be made to concentrate on the detail of the frames and the quality of their carving, dating back to the mid to late sixteenth century, although nothing to do with Sansovino:- 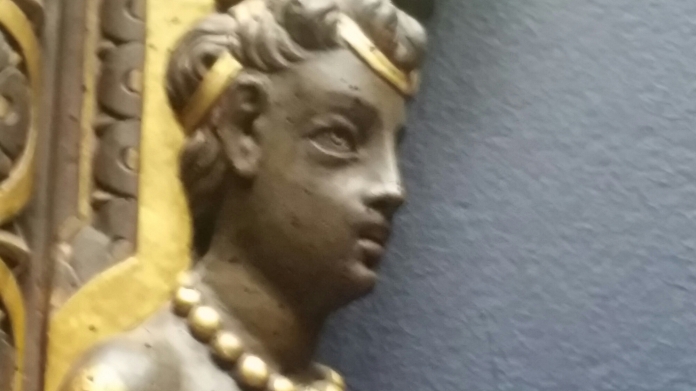 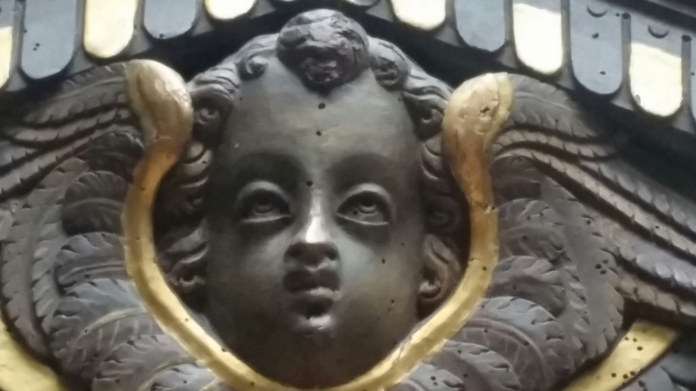 END_OF_DOCUMENT_TOKEN_TO_BE_REPLACED

I was keen to see the National Gallery’s Soundscapes, which has been curated by Minna Moore Ede, who organised the exhibition Metamorphosis in which three contemporary artists responded to Titian.   This time she has got six contemporary composers and sound artists to respond the paintings in the National Gallery’s collection.   The point is to get visitors to slow down, to listen as well as to look, and respond to art through all their senses.   First is Gallen-Kallela’s Lake Keitele interpreted by Chris Watson, a sound engineer who recorded bird song not in Norway where there is too much sound pollution, but instead in Northumbria:- 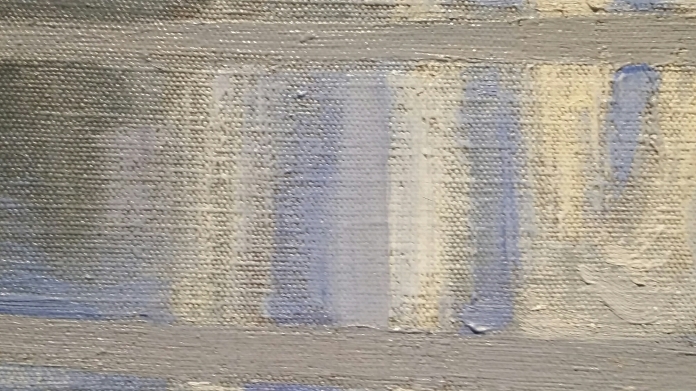 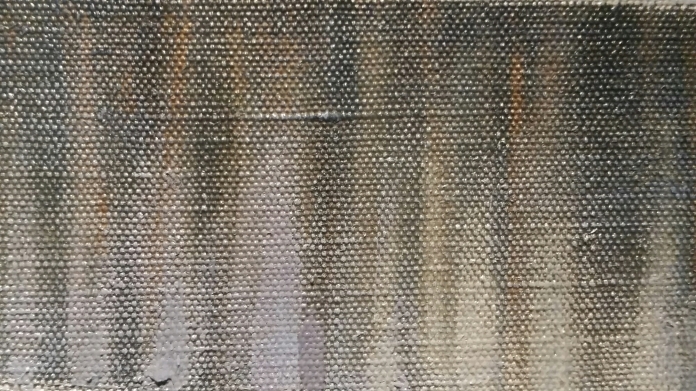 END_OF_DOCUMENT_TOKEN_TO_BE_REPLACED

I walked back over Albert Bridge, an amazing piece of Victorian engineering, connecting the residential parts of Battersea to Chelsea.   It was originally designed by Rowland Mason Ordish in 1873 and was then reinforced a decade later by Joseph Bazalgette.   Soldiers must break step as they cross it:- 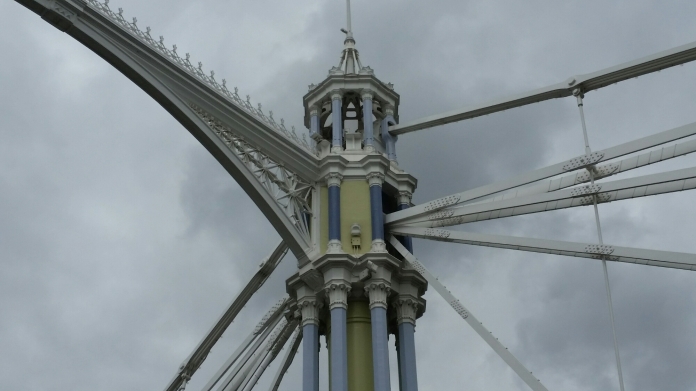 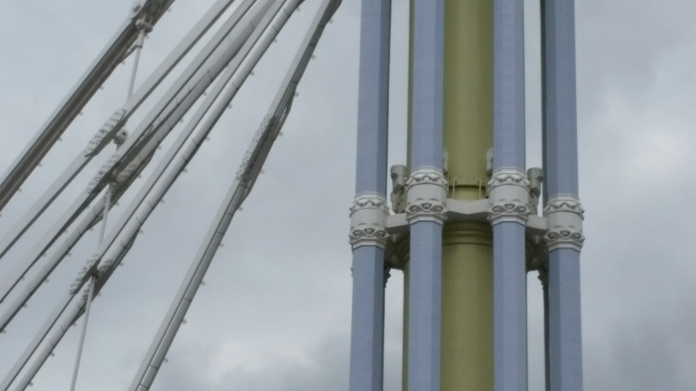 END_OF_DOCUMENT_TOKEN_TO_BE_REPLACED

I was asked to lunch in the DoodleBar in Battersea, a part of town I scarcely know:  the old Ransome’s Dock with Norman Foster’s office on the river behind:- 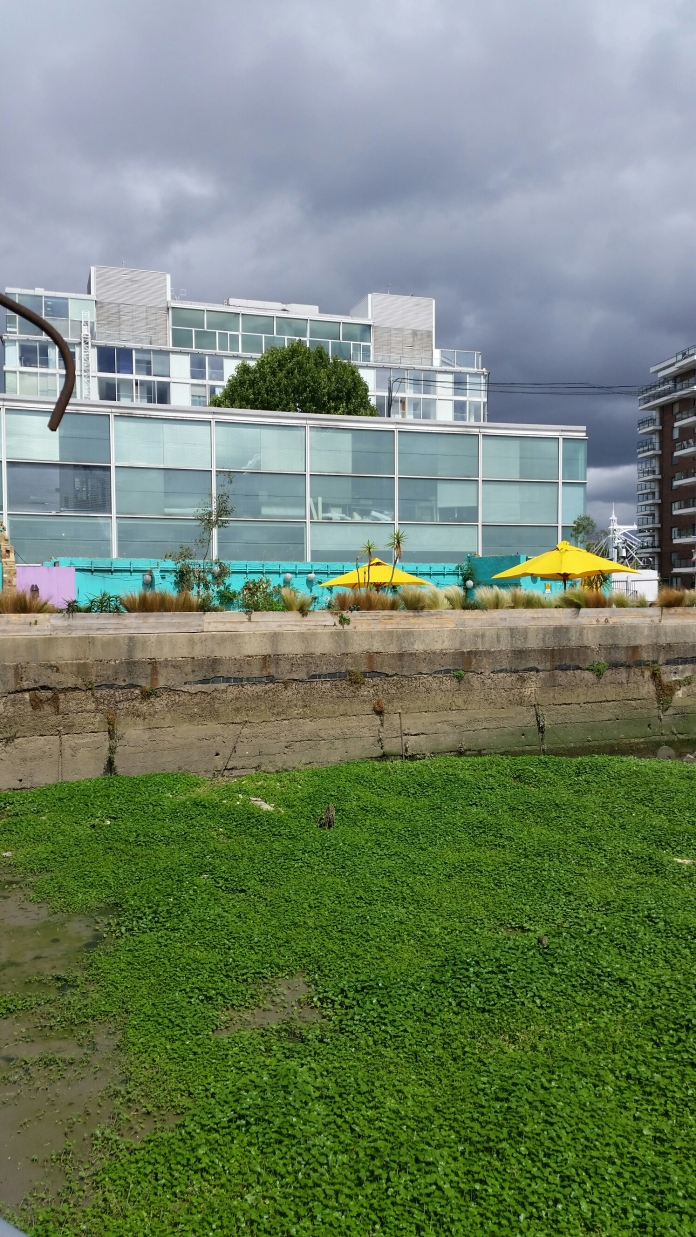 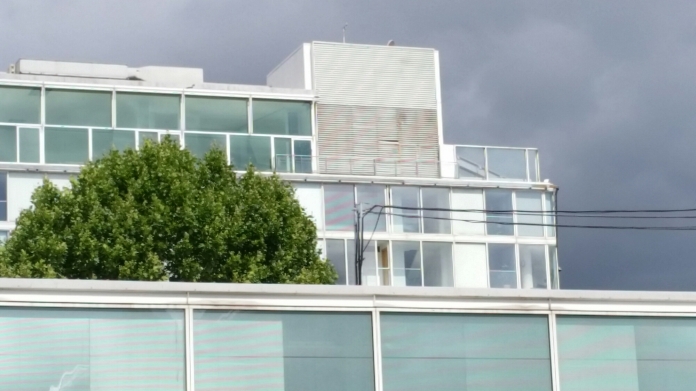