We decided to spend our last day back in Catania.   Not that there was a lot more to see, but to check that it wasn’t a mirage.

We started at the Porta Garibaldi which is just visible in the distance from the Duomo.   Built in 1768 to commemorate the wdding of Ferdinand I of the Two Sicilies to Maria Carolina of Habsburg-Lorraine, it was designed in full neo-classical glory by Stefano Ittar and Francesco Battaglia:- 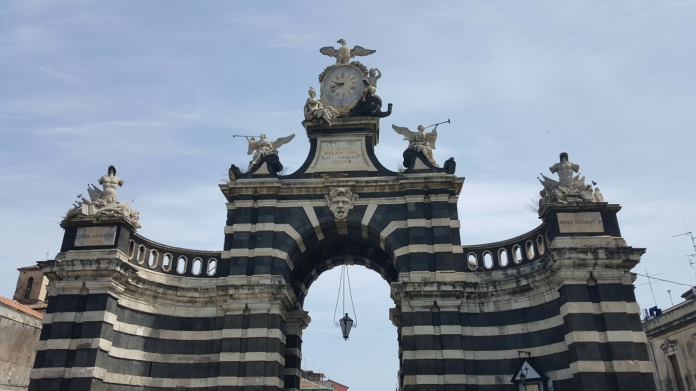 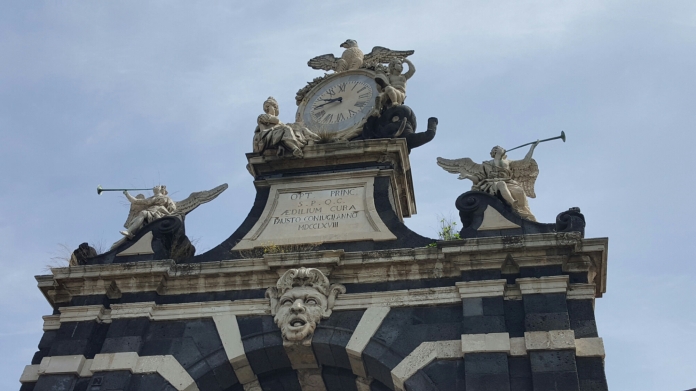 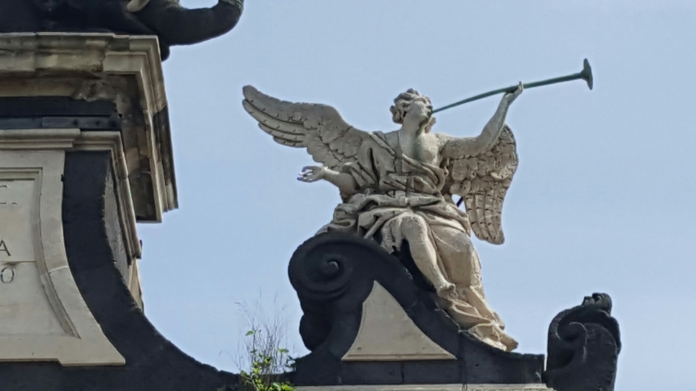 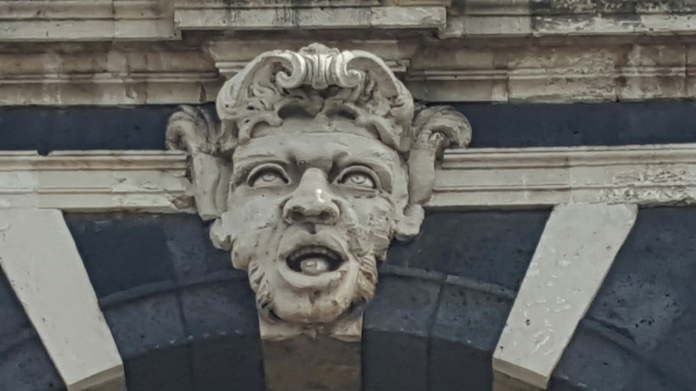 We had lunch in the Piazza Giuseppe Mazzini, not for the fine, but basic food (very good fresh grilled fish), but for the opportunity to sit out in a square designed by Vaccarini and Ittar in the style of a Spanish plaza major with reused Roman columns:- 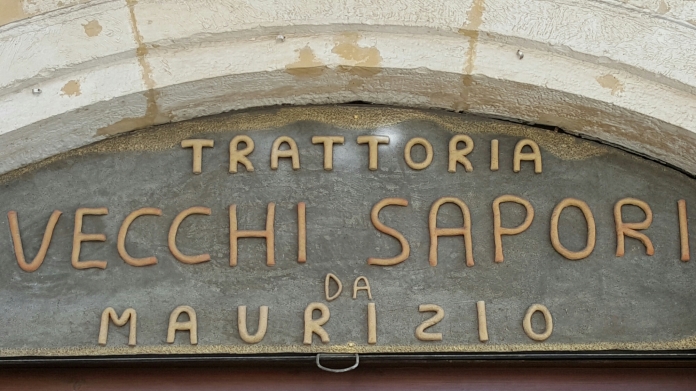 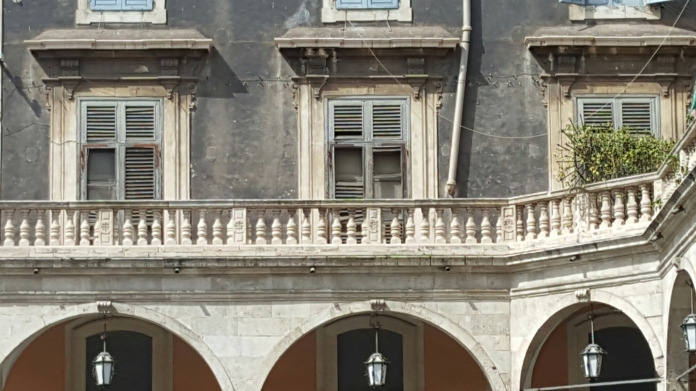 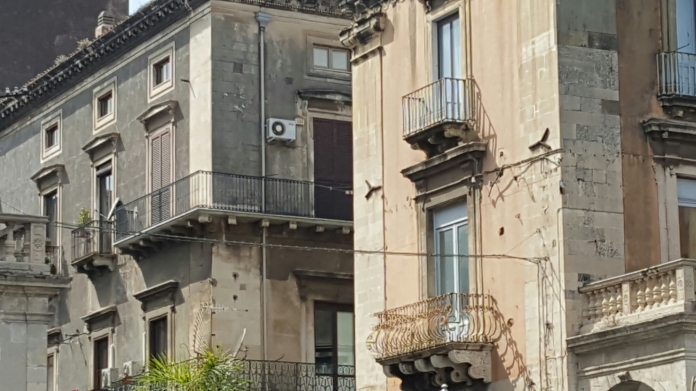 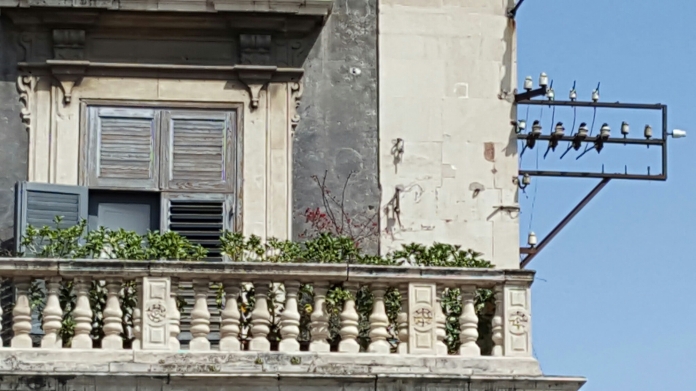 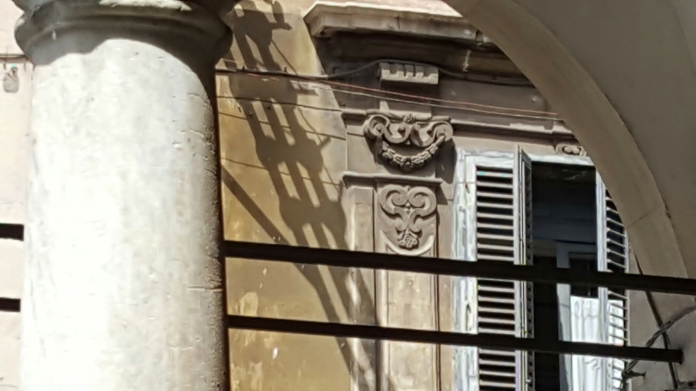 After lunch, we discovered the Greek Theatre – actually Roman – where Alcibiades is said to have harangued the Catanians to join the Athenians in their fight against Syracuse:- 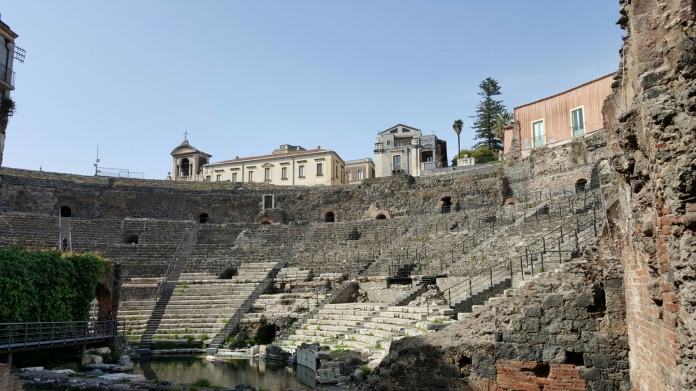 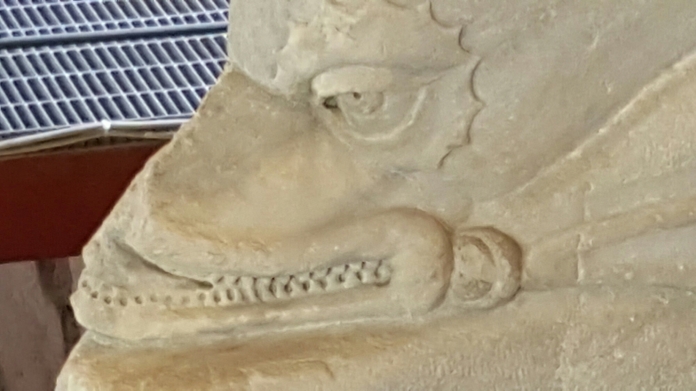 Up the street is the Sanctuario S. Rita in S. Agostino:- 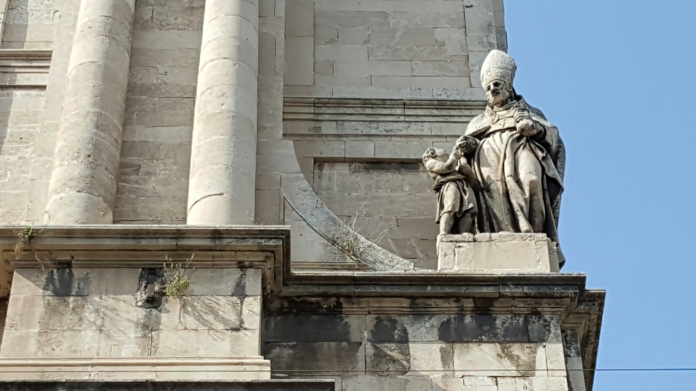 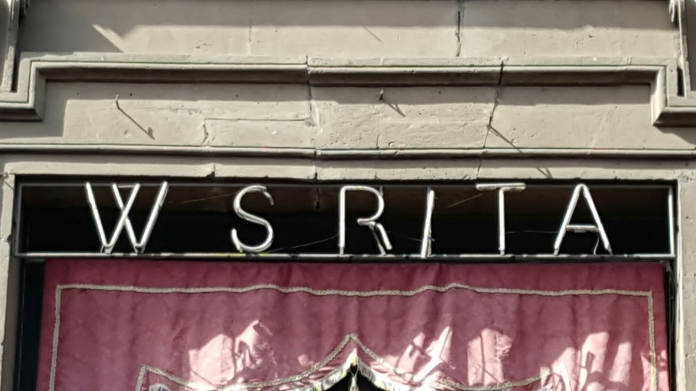 And, not much further on, a church which has been identified by Edward Chaney as Chiesa della Santissima Trinità, apparently now deconsecrated and divided between a school and the carabinieri, designed by Francesco Battaglia and with a façade thought to be by Ittar:- 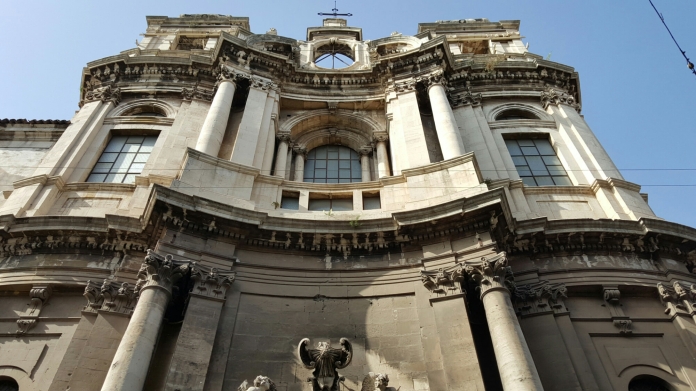 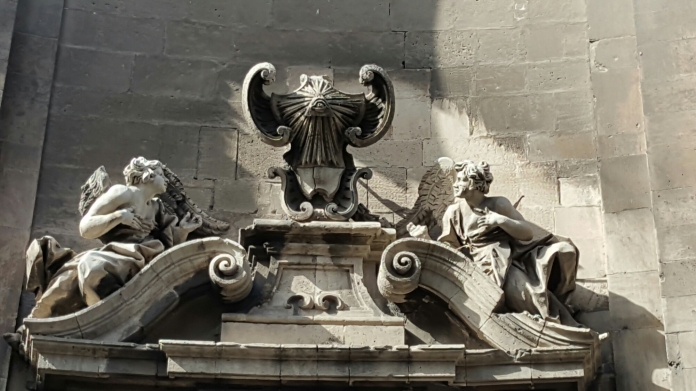 Everywhere, there are vistas down grubby side streets:- 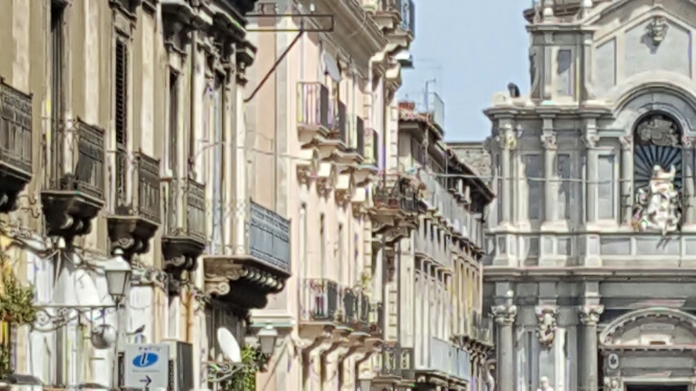 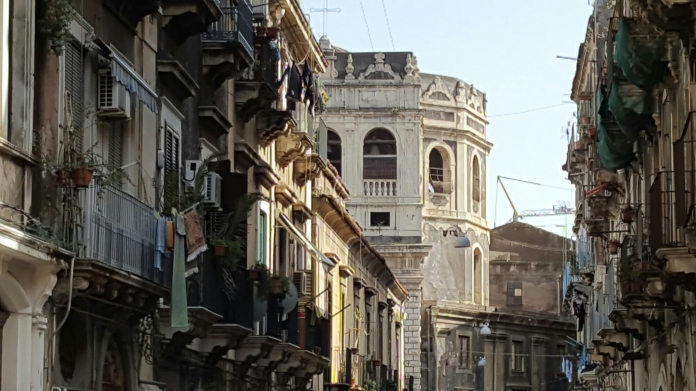 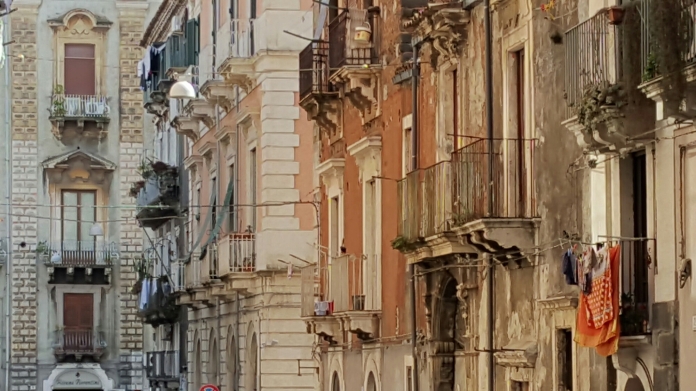 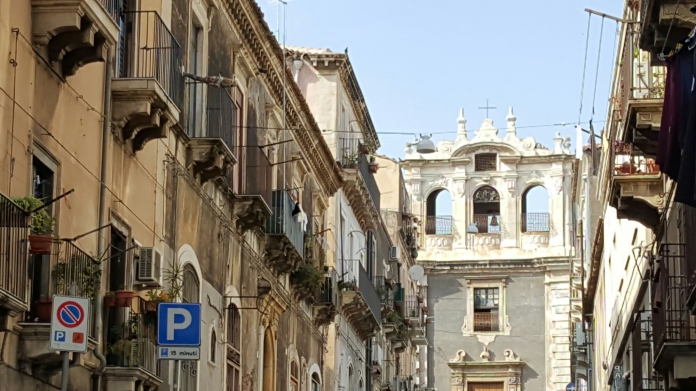 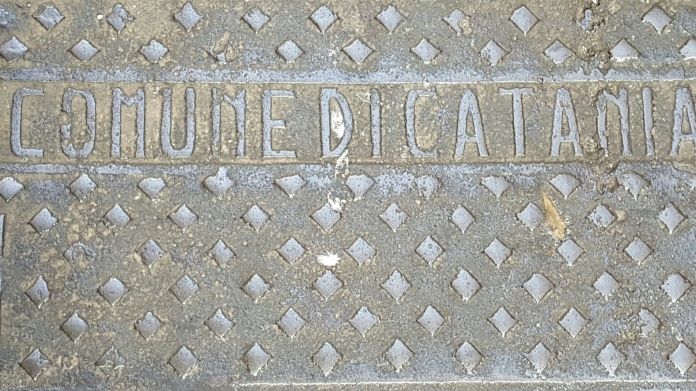