Before going round Regent’s Park, I was shown a very beautiful, fold-out panoramic view of it, produced by Richard Morris, the Secretary of the Medico-Botanical Society of London, and published by Rudolph Ackermann in 1831, price £1 10s., described on its title page as a Panoramic View Round Regent’s Park.   From drawings taken on the spot by Rich. morris, Author of Essays on Landscape Gardening and recently republished by the London Topographical Society.   These give much more of a sense of how it was originally intended to be:  more theatrical, less private, much less planting and a place of public parade.

This is Hanover Terrace to the west, completed in 1822:- 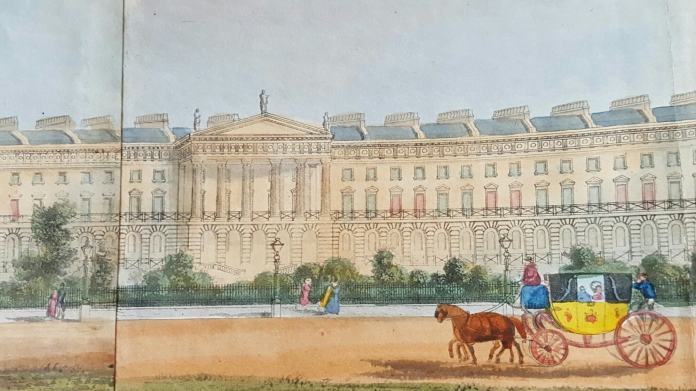 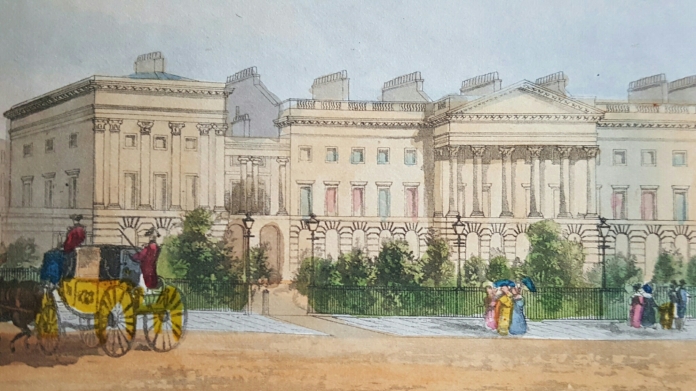 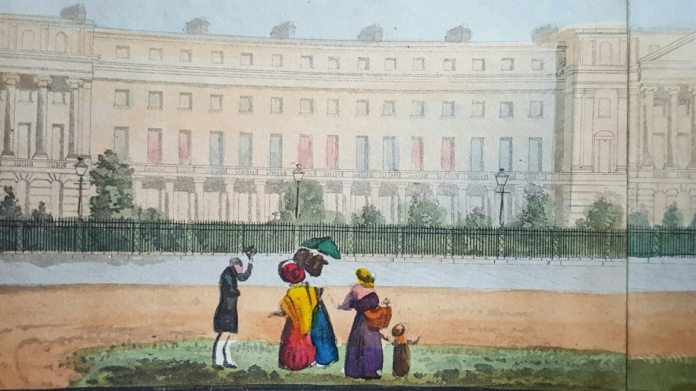 This was the Colosseum, designed by Decimus Burton to contain a 360-degree panorama of London by Thomas Hornor.   It was demolished in 1875 and was on the site of what is now the Royal College of Physicians:- 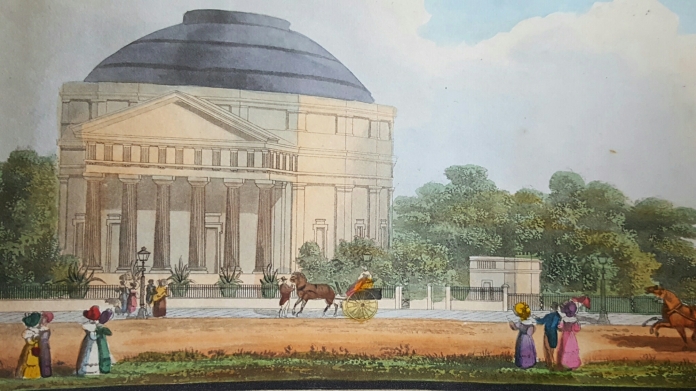 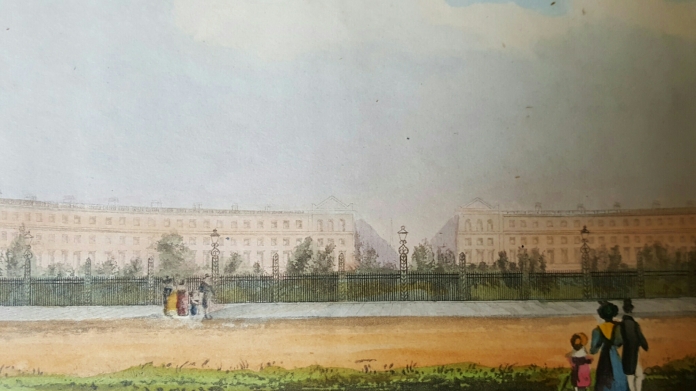