I have just been to a talk by the landscape historian, Todd Longstaffe-Gowan, about the layout of the gardens in Regent’s Park.   The argument was that Nash, who worked in partnership with the landscape designer, Humphrey Repton for eight years in the 1790s, was so immersed in the literature and ways of looking of the picturesque and the writings of Richard Payne Knight and Uvedale Price, that he always thought about buildings not just on their own, but how they would be viewed from a distance from within the park as part of a visual and scenographic composition.   Now, Todd is recommending that the Crown Estate Paving Commission, which has had responsibility for the gardens since it was first established in 1824, should go back as far as possible to the original scheme of planting:- 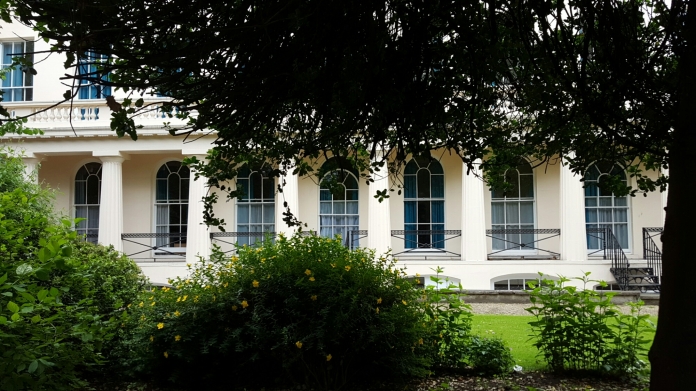