We went to what turned out to be the first performance (actually, a play-through) of a new piece by Jonathan Dove called Catching Fire, due to be played for the first time at the Cheltenham Festival this Saturday.   But before playing it, Melvyn Tan said rather casually that he would do ‘109’ Beethoven’s 109th. piano sonata, performed fortissimo in the small space of his studio.   Jonathan introduced his piece as a work-out for Melvyn.   It was indeed – a piece of nearly impossible brilliance and virtuosity as well as complex musicality which involved, so far as I could tell, at least three fingers on a single key:  what someone in the audience described graphically, if inelegantly, as a mind fuck.   Afterwards, the composer commented in detail on precise aspects of the performance, praising Melvyn for developing his own interpretation and saying, rather astonishingly, that part could have been played more flashily.   Then, there was much discussion of the use or otherwise of the middle pedal:- 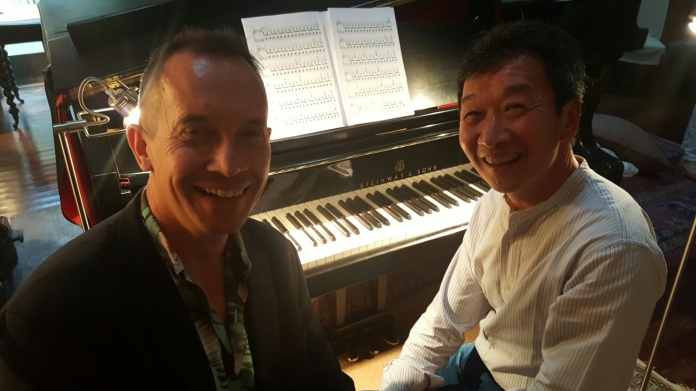