I slipped out of the hotel last night to buy a charger (one of many essentials lost in our luggage) and now realise that I was in the heart of Los Literatos, the area which was dominated in the nineteenth century by the cafés and theatres of liberal writers and intellectuals, opponents to the rigid censorship of Ferdinand VII.   Opposite the old Palace Hotel, opened in 1910, was the tourist office, under wraps and awaiting renovation:- 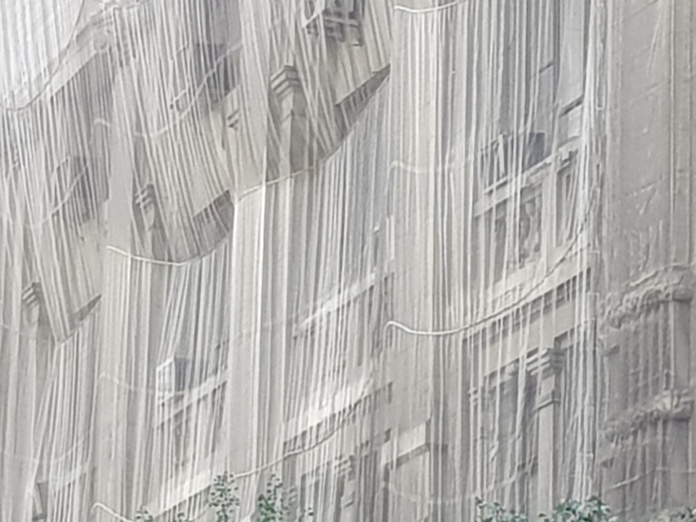 Nearby, on the Calle del León is the discrete entrance to the Ataneo Artistico, Cientifico y Literario, the Spanish equivalent of the Royal Society and British Academy, with a Lecture Theatre and Library which I couldn’t see:-

Before returning to the hotel, I saw another grand nineteenth-century building on the Carrera de San Jerónimo, also covered in netting:- 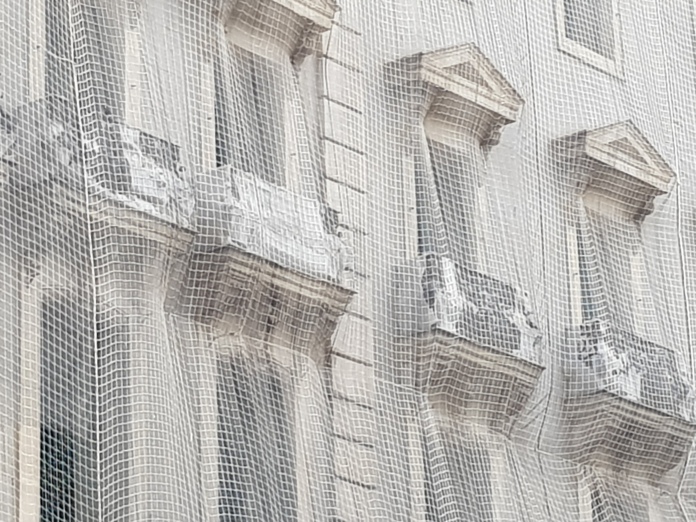