I was asked last weekend about the history of the equestrian statue of Charles I in Trafalgar Square.   The answer is relatively straightforward.   It’s by Hubert Le Sueur, who came to London in the retinue of Henrietta Maria in 1625. The statue was commissioned by Lord Weston, the Lord Treasurer, who agreed a contract with Le Sueur ‘for the casting of a Horsse in Brasse bigger then a great Horsse by a foot, and the figure of his Maj King Charles proportionable full six foot’. A plate under the horse’s left foot gives the date, 1633. After the execution of the King, it was ordered to be broken up by the brazier, John Rivet, who did a good trade in knives and forks supposedly made from it. But, in fact, he kept it, it was bought by Charles II, and erected in Charing Cross in 1675:- 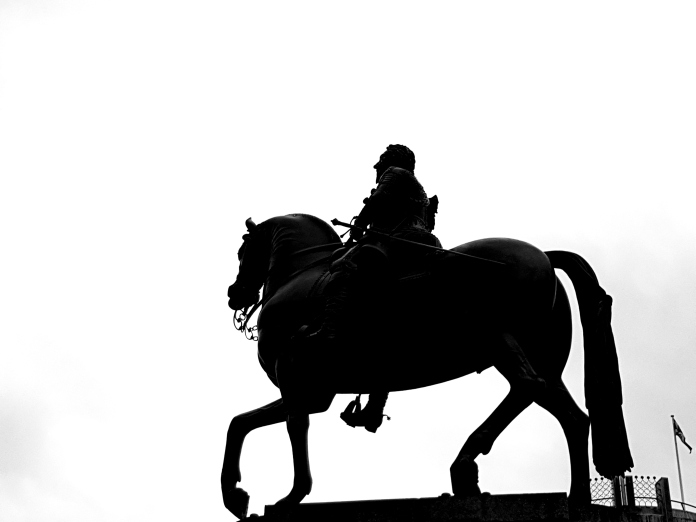