I also went on a pilgrimage to see the Christ Church Picture Gallery, having an interest in, but inadequate recollection of, the way that Powell and Moya designed a set of well-judged, half subterranean, but daylit spaces under the Deanery garden in the late 1960s (it opened in 1968, paid for by a gift of £50,000 in October 1963 by Charles Forte).

Powell and Moya had previously been employed to design the Blue Boar Quad, squeezed alongside the walls of Blue Boar Street to the north of Tom Quad, a discreet, but effective intervention:- 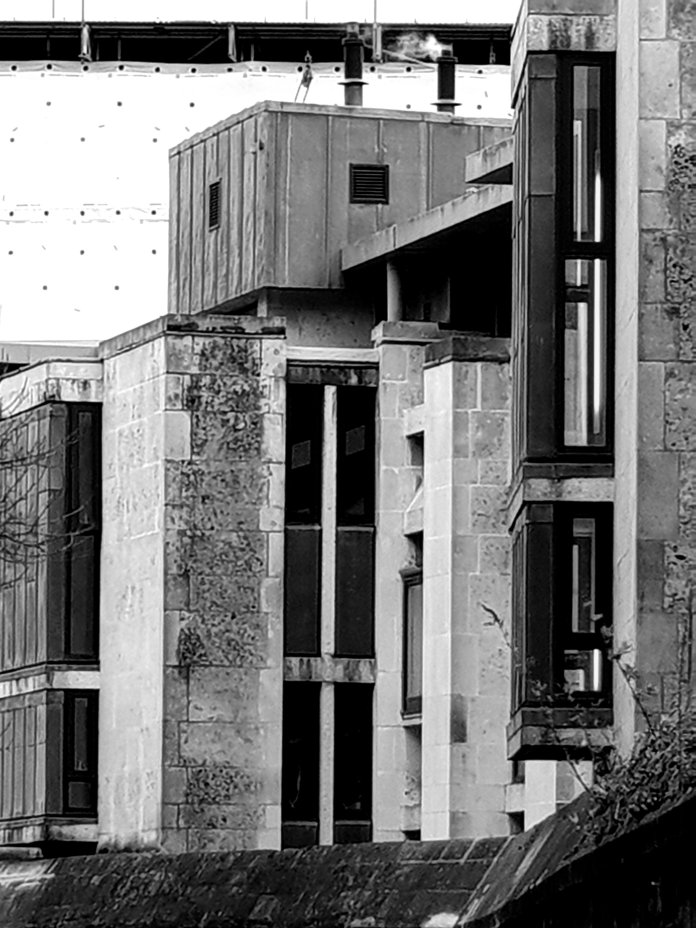 The Gallery itself consists of two galleries – one small for early Renaissance paintings, one much larger for (mainly) later Italian paintings, with a print room on a half-level above. It’s clever because it’s both quite intimate, as befits an essentially eighteenth-century collection, but, at the same time, generously proportioned, with a long corridor acting as a spine and views out into the Deanery garden.