Although I have already seen the success of the conservation of Thornhill’s great Painted Hall at the Royal Naval College (vide my previous blog on the subject), I was still pleased to have been invited to celebrate its completion in advance of the public opening and admire the sophistication with which James Thornhill, who had been trained in the artisan tradition of late seventeenth-century painting, apprenticed to the Painters-Stainers’ Company in 1689, undertook such a gigantic and monumental task.

Here he is admiring his handiwork in the corner of the west wall, complete with the tools of his trade, maybe painted by Dietrich Andre, one of his assistants:- 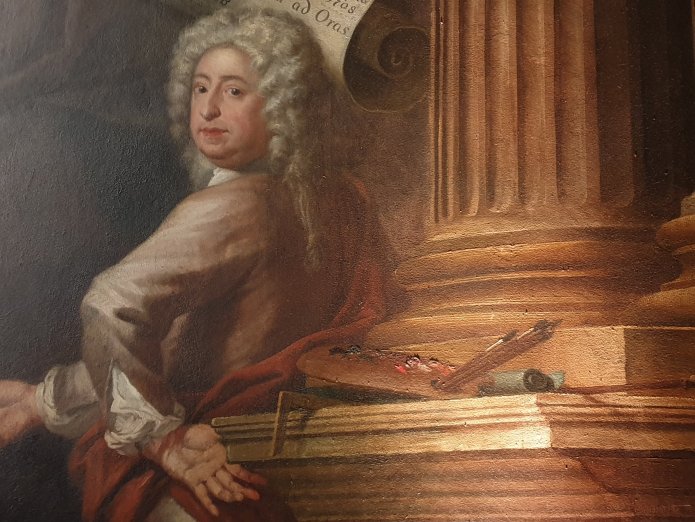 George I, surrounded by his children and grandchildren – ‘a new race of men from Heaven’ (ie Hanover):- 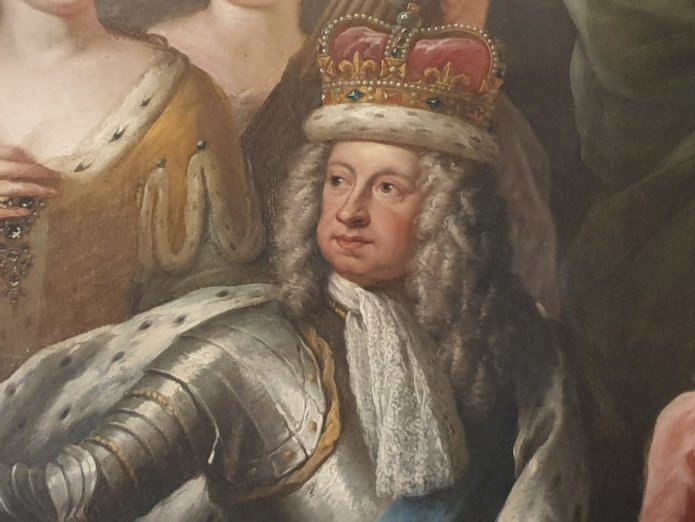 And scenes from the great painted ceiling which show ‘The Triumph of Peace and Liberty over Tyranny’ (in these uncertain times, it is worth remembering that parliament has at least twice, if not three times, been responsible for kicking out a brutal autocrat in the interests of liberty, prosperity and democracy and against mob rule, which is alien to our constitution):-