I was asked to give a talk in the church of St. Pancras, Coldred, a small, rural parish in East Kent, in the middle of farmland north of Dover, because my grandfather Hubert was its Rector from 1921 to 1950, the year of his death.

It’s a tiny church, probably late 11th. century, the same date as the castle which originally surrounded it, but with putative Saxon origins:-

My grandfather apparently taught children Sunday school in the tiny vestry which was added in 1890 and some people remembered him. Apparently, he arrived at the church in a chauffeur driven limousine, which I thought deeply improbable because he lived on a church stipend and owned no car, but was convinced when told they knew the chauffeur, who lived in the next door village; and my grandmother apparently wore lipstick, which also surprised me.

This is the tiny vestry, with the box on the right on which the boys had to sit:- 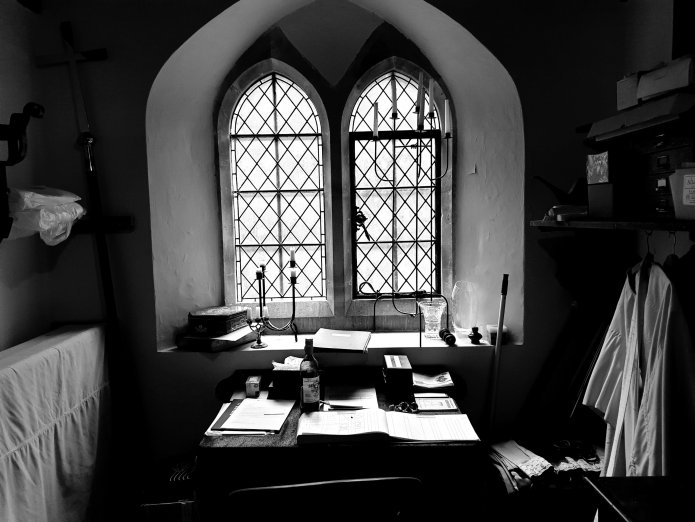 And my father and aunt gave the copy of the Raphael at the back of the church in their father’s memory:-