We went back to Endsleigh: a garden of exceptional beauty, with the terrace in front of the house overlooking a steep descent into the valley of the Tamar and the banks of trees in the woods beyond. We learned that a key figure in the development of the proto-Victorian aesthetic – much use of rhodedendra and steep planting – may have been the second wife of the sixth Duke of Bedford, who was the daughter of the Duke of Gordon and had been brought up in the Highlands; and Repton of course, who was first consulted in 1809, displaced as architect by Wyatville the following year, and then returned in August 1814 to draw up the detailed plans contained in his Red Book. 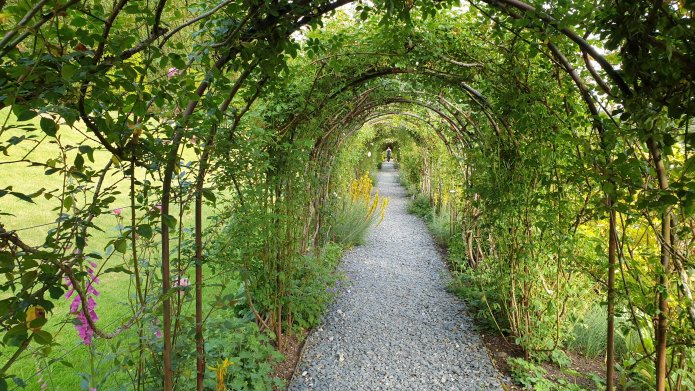 The planting above the gravel walk:-

And the Shell House at the end of the terrace:-