I paid much more attention to the architecture of the Fitzwilliam Museum than I have previously. First, the glories of Basevi’s original, neo-Roman design with its forceful classical detailing:- 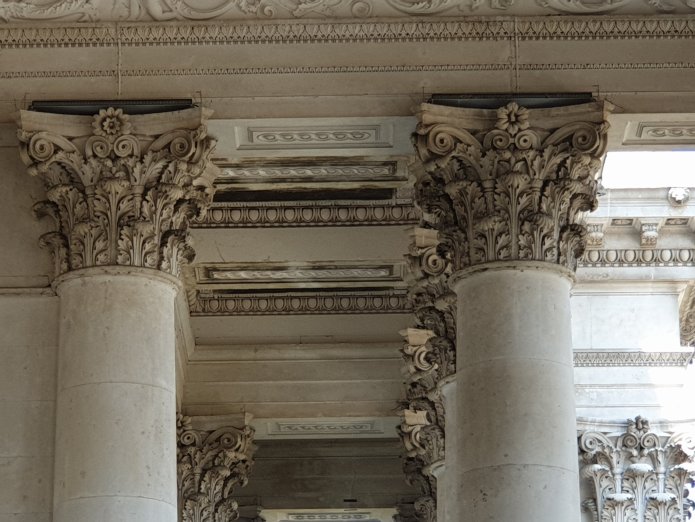 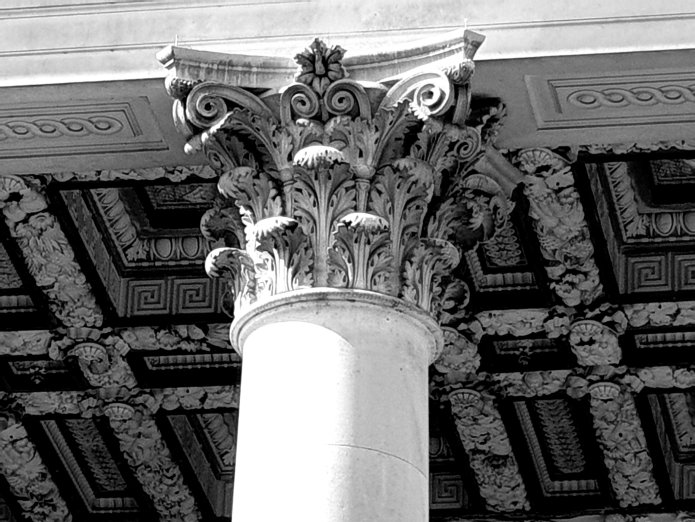 Then, the additions made by Sydney Cockerell, which were only one part of a much larger set of designs, drawn up in 1914-1915 by Smith & Brewer, the architects of the National Museum of Wales and involving a much larger building round a big courtyard than was actually ever built. In 1911, Cecil Brewer had been to the States to study contemporary museum design, which explains its style of stripped back, American neo-classicism. But the first world war put paid to the big project, so initially only the Marlay Gallery was built in the early 1920s and the Courtauld Gallery, including the gallery for Dr. Glaisher’s collection, which opened in 1931.