A rare visit to my bank gave me an opportunity to have a good look at the equestrian statue of Charles I which sits in the middle of the roundabout at the top end of Whitehall and must be one of the most difficult works of art in the world to see and appreciate.   The statue was commissioned by Charles I’s Lord High Treasurer in 1630 for his country house at Roehampton (the date 1633 is inscribed on the horse’s front foot).   It was sold during the civil war to a metalsmith called John Rivet, who instead of breaking it up, hid it, pretended to sell spoons made from it and enabled it to be re-erected in 1675 on a pedestal, now very worn, by Joshua Marshall:- 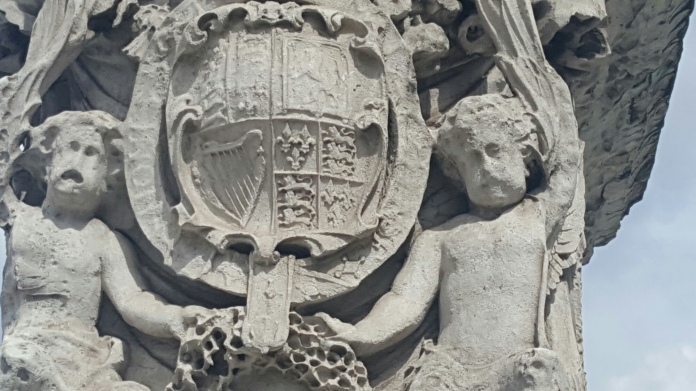 3 thoughts on “Charles I”