I went to the Soane Museum’s small, but very choice exhibition on his use of light in his buildings and perhaps more how those who illustrated his buildings, particularly J.M. Gandy, used and responded to the fall of light.

Gandy did a view of the Library at Cricket Lodge, Somerset on 29 January 1803:- 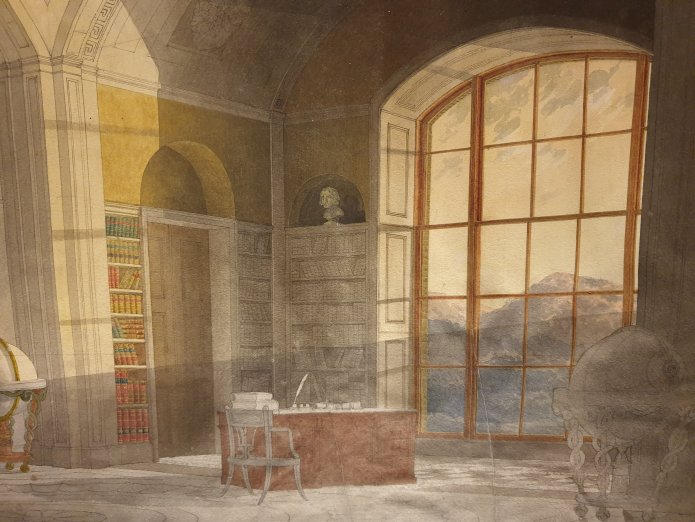 His view of the Desenfans Mausoleum at 39 Charlotte Street in 1807:- 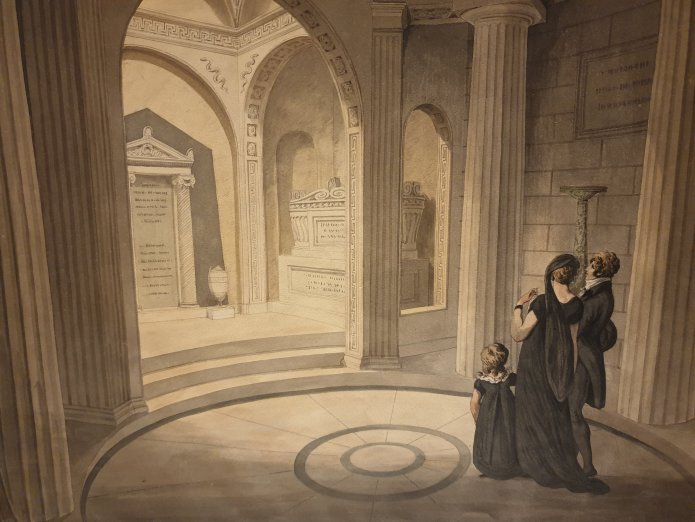 This is the amazing conservatory which Soane planned, but never built, at the back of Pitzhanger Manor:- 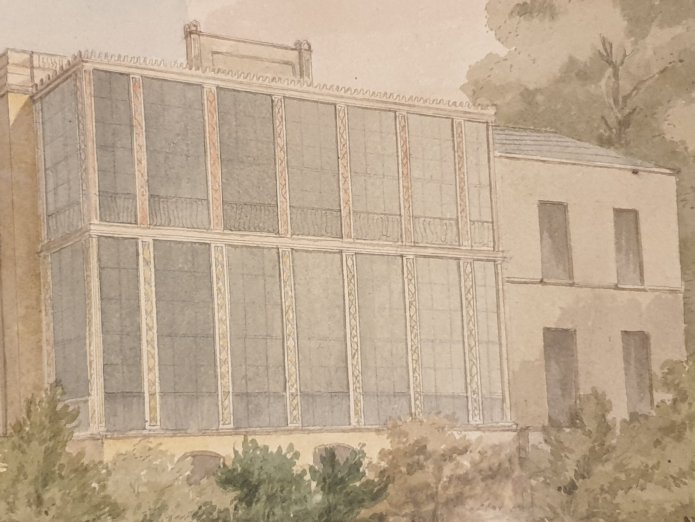 Henry Parke did a beautiful aerial view of Stonehenge in August or September 1817 for Soane’s lectures to students of the Royal Academy:-

The South-East Transfer Office at the Bank of England:- 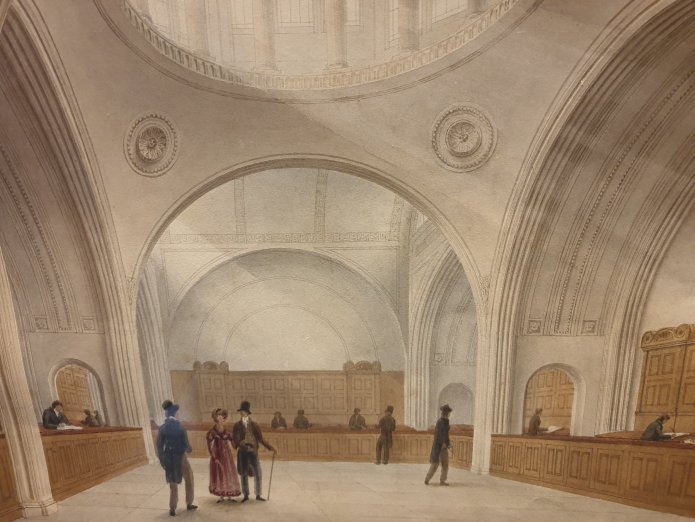 Downstairs, the Museum has commissioned three beautiful modern photographs of Soane’s work, two at the Museum and one at Dulwich, by Hélène Binet, the Swiss architectural photographer.