My attention was caught whilst out walking this morning by an inscription on the side of the Victorian almshouses to the south of Stepney parish church which revealed that they were the gift of Dame Jane Mico in 1691.   LADY MICO’S ALMSHOUSES FOUNDED AND ENDOWED UNDER THE WILL OF DAME JANE MICO RELICT OF SAMUEL MICO CITIZEN AND MERCER.

Who she ?  Her husband, Sir Samuel Mico, grew rich on the profits of the Levant Company and East India Company, importing silks.   He also (surprisingly since he was a pure Londoner) owned the George Inn in Weymouth.   When he died in 1665, he split his estate between his widow Jane, his nephew Samuel, the Mercer’s Company, and the town of Weymouth, which celebrates his memory every year with lemonade and hot cross buns.   She in turn drew up her will in 1670, leaving money to multitudes of relations, for ‘the redemption of Christian slaves in Barbary’, as well as for 10 poor widows of the city of London who were to be housed in her Almshouses.   They remained there until 1976 when they were moved to new accommodation in Whitehorse Lane.   She left funds to her nephew which he could not claim because he failed to marry one of his cousins as specified.   The funds accrued until they enabled the establishment of a teacher training college in Jamaica. 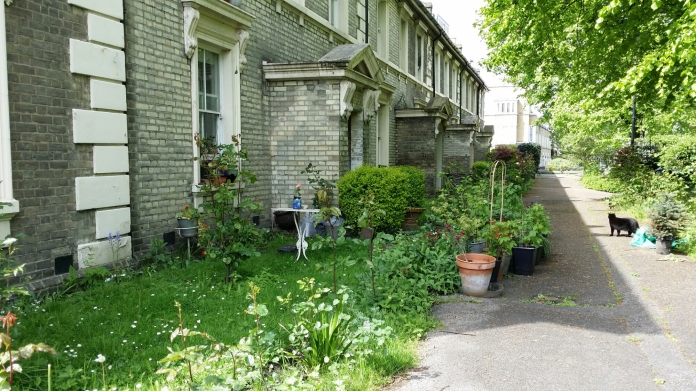