I arrived in Rome on a humid summer night to see the President’s exhibition of his classical sculpture and two much more loosely painted and allusive works which I had not seen before (it doesn’t really come out in the photograph): 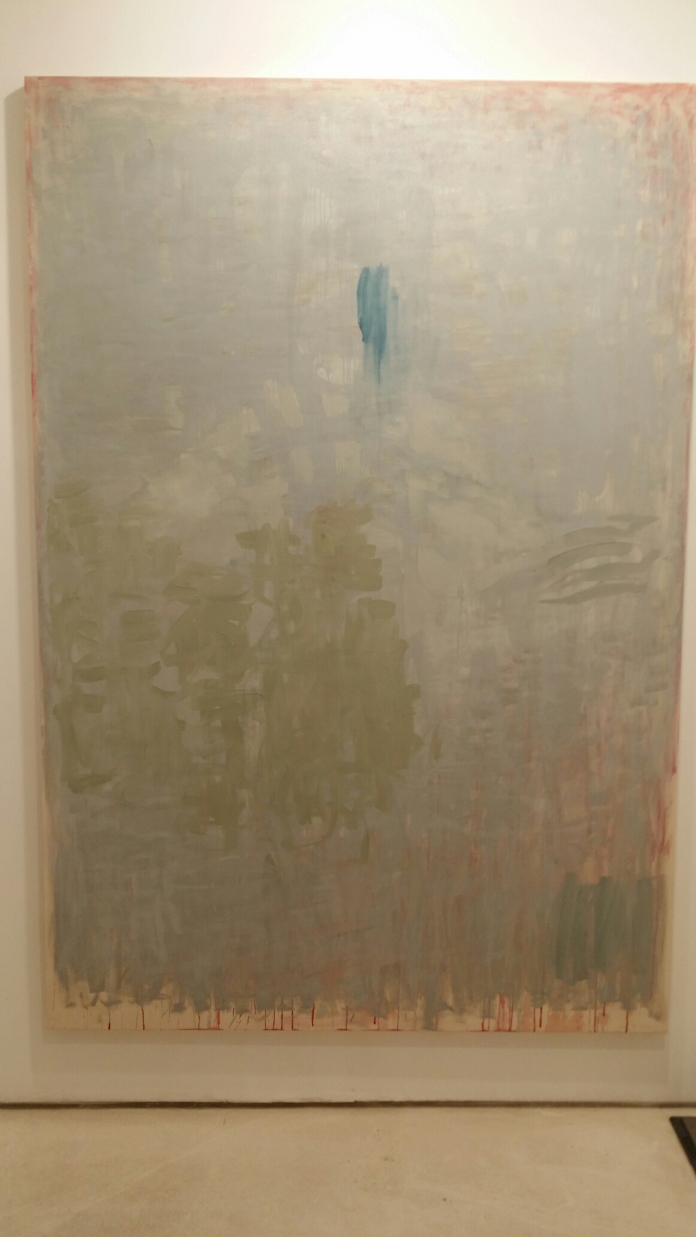 The exhibition was held jointly with Enzo Cucchi and afterwards we repaired to the roof terrace of a hotel on the Via Giulia, where the moon shone.   I had forgotten how beautiful Rome is.   The baroque churches: 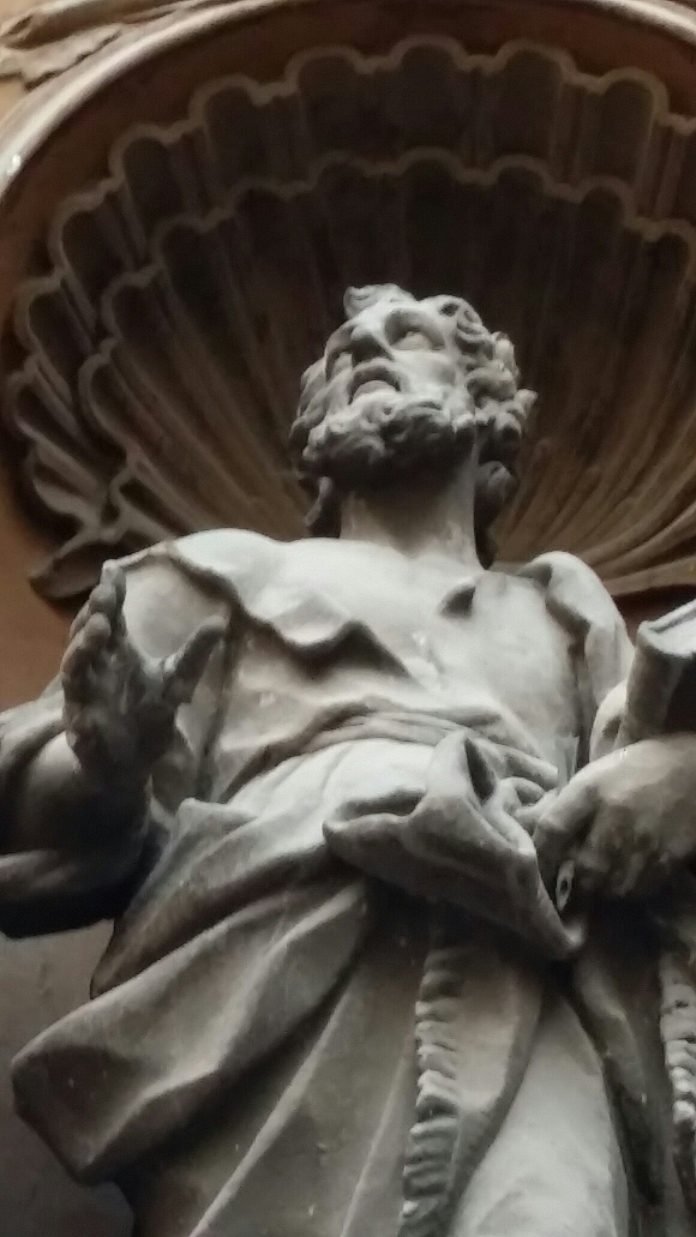 And the classical inscriptions set into the walls of houses:

In the morning, I got up early before the heat to visit the local churches.   San Giovanni Battista dei Fiorentini (façade by Galilei): 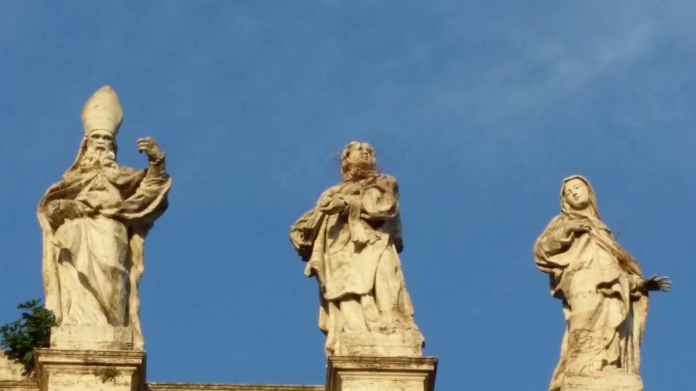 The façade of the Palazzo dei Pupazzi (in restauro): 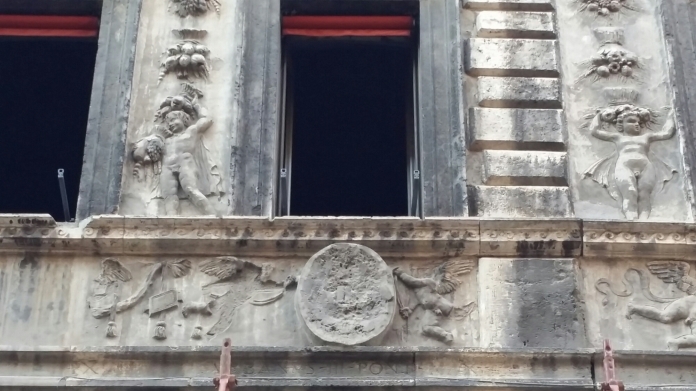 The doorway of a house in the Via di S. Maria dell’ Anima:

In S. Agostino, Caravaggio’s Madonna of Loreto was briefly illuminated:

The Piazza Navona was empty: 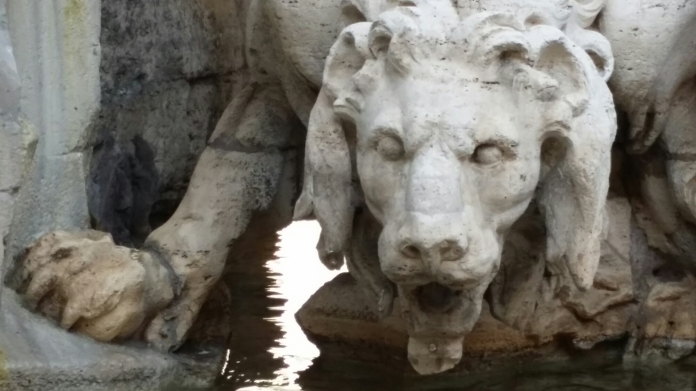 I walked round and round S. Ivo before I spotted Borromini above the rooftops: