I arranged to take some patrons up onto the roof of Burlington House this evening in order to show them the scale of the site and the significance of our plan to connect Burlington House to the old Museum of Mankind building in Burlington Gardens.   It was originally all one site, with a courtyard in front of a mansion built in the 1660s, transformed in the early eighteenth-century by Lord Burlington and sold to the government by the Duke of Devonshire in 1854.   Richard Carew-Pole who is leading our fund-raising says the site as a whole is the same size as the British Museum.   Oddly, I had scarcely been onto the roof before last week: 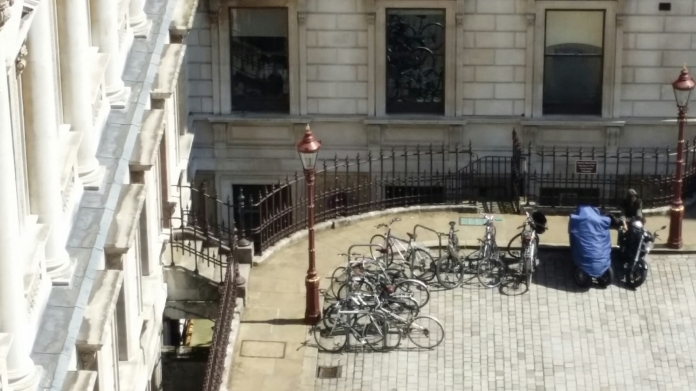 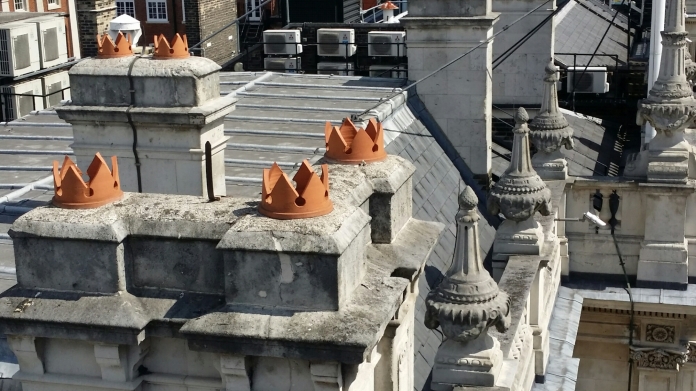