The other building which impresses on the Kingsland Road is the building which used to be the Shoreditch and Haggerston Public Library, now apparently apartments, but a monument to late Victorian spirited baroque.   It was originally designed as a private house and then adapted into a public library by Richard J. Lovell (he trained at the Royal Academy) in 1893.   It’s also a monument to the philanthropy of John Passmore Edwards, the great Cornish journalist, reformer, proprietor and champion of the working classes, the second of the libraries that he funded after Whitechapel the year before: 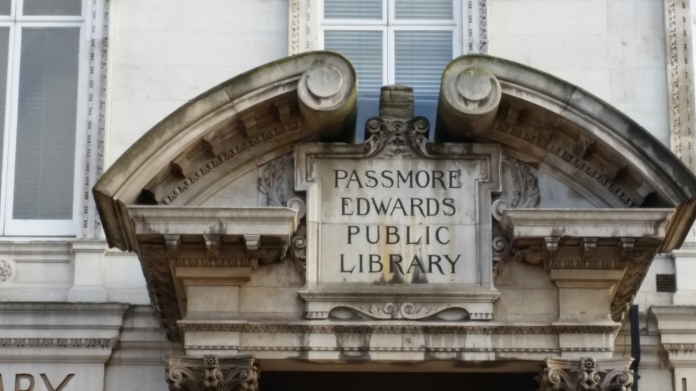