In walking across Golden Square at lunch-time today, I noticed that the rather manky statue of George II was cleaner than usual.   It’s unusual to see George II commemorated as he was not a particularly popular monarch and indeed some people think it is Charles II, who was.   The answer seems to be that it was an anonymous statue designed by John van Nost for Cannons in Middlesex, sold at auction in 1747, bought by an anonymous bidder (apparently accidentally) who then presented it to Golden Square in 1753 in honour of the then King:- 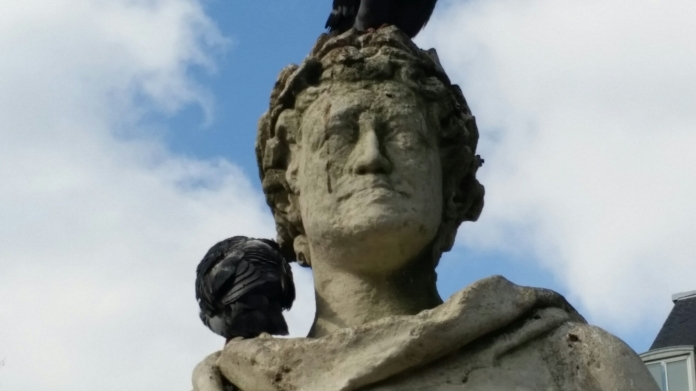