We went to two concerts at the Maltings, both by the Monteverdi Choir with John Eliot Gardiner conducting and Isabelle Faust playing the solo violin – a mixture of partitas and choral works, more like a church service than a concert.   In the second concert particularly, Isabelle Faust gave an astonishing virtuoso performance of two Bach sonatas for solo violin (Nos. 2 and 3), helped by playing a Stradivarius and the resonant acoustic of the great barn.

In the interval a rainbow appeared over the marsh:- 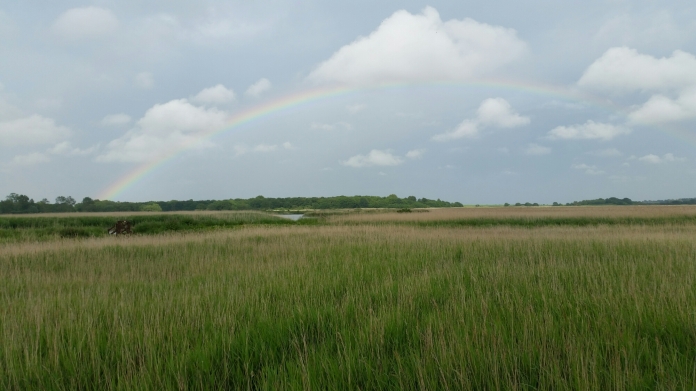