I spent the morning in the V&A. I started in the Medieval and Renaissance Galleries.

My eye was caught first by two hats, not particularly ornate, presumably those of a commoner, tossed away and somehow preserved, roughly five hundred years later:-

The Head of a Young Man by Michel Erhart, made out of limewood in Ulm:- 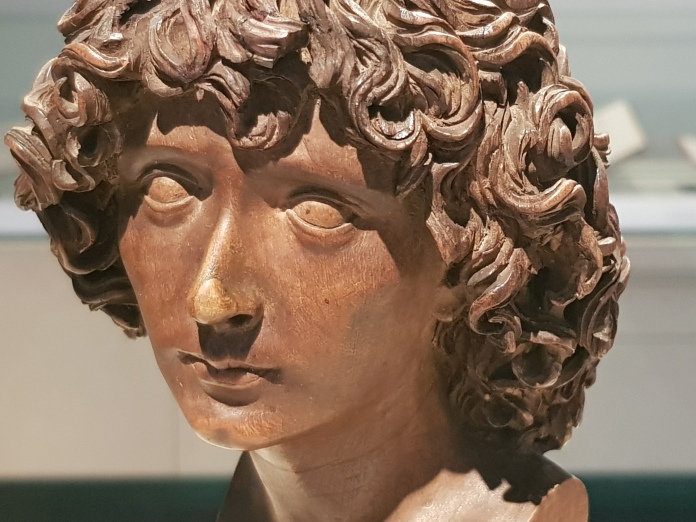 And the Descent from the Cross by Sansovino, made for Perugino when they were both in Rome:-

An angel by Riemenschneider:-