It’s a while since I’ve been to the Café Einstein, a relic, but in some ways an artificial one, of old Berlin, designed in 1878 as a neo-renaissance villa for Gustav Rossmann, the owner of a sewing machine factory, turned into a Weimar gambling club, busted by the Nazis, apparently bought by Goebbels for his mistress, and then, once more, turned into an illegal casino for the SS. It was turned into a Viennese coffee house in 1978, its centenary, in what was West Berlin, close to the wall and a centre for DAAD artists in the mid-1980s:- 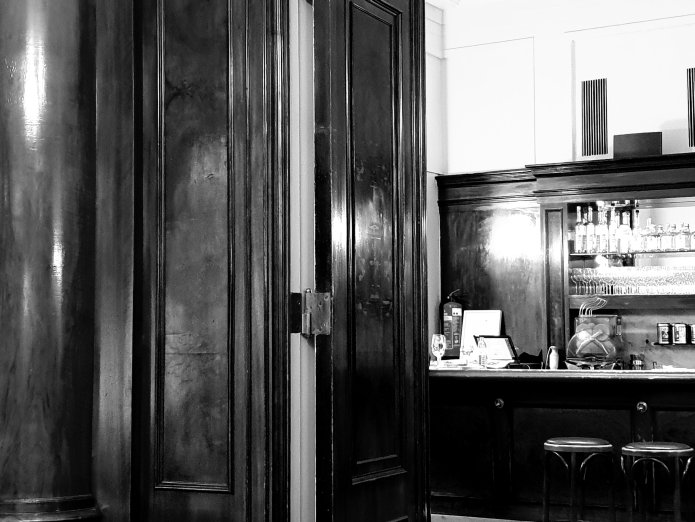 One thought on “Café Einstein”