We went down the Old Brompton Road, past the Shell station, to the Royal Society of Sculptors, which occupies a pair of houses which used to be 7 and 8, Gloucester Terrace, but was much enlarged and enriched in the mid-1880s when it became the photographic studio of Elliott and Fry. From 1919 till 1976, it was occupied by Cecil Walter Thomas who designed memorials and coins and, on his death, he left it and the studio at the back to the Royal Society.

It is currently showing an exhibition What isn’t here can’t hurt you by Frances Richardson and Alison Wilding.

This is Because the two parts don’t quite touch by Frances Richardson:-

And this is Inversion by Alison Wilding, bought by the Arts Council in 2000 and not previously exhibited, looking good in the old photographer’s studio:- 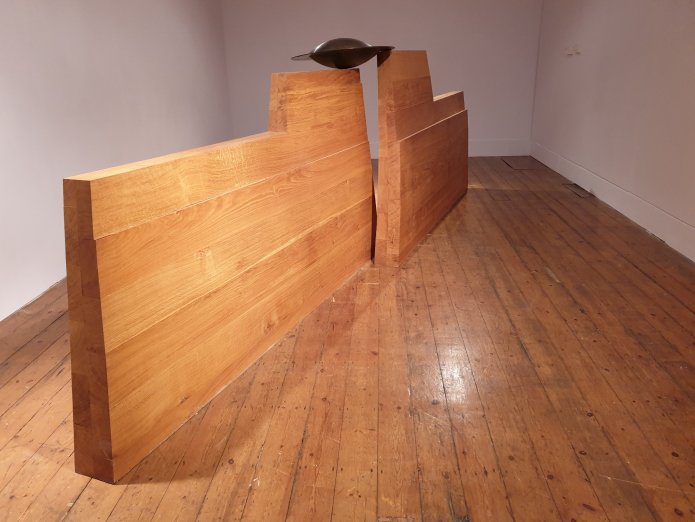