We used to live near Bermondsey when it was still half Dickensian, a run-down area of trade warehouses.   Romilly worked in Zaehnsdorf, the trade binder, in a back yard off Bermondsey Street, we tried to buy 92, Bermondsey Street, and I once played tennis in courts nearby, but the smell of the local vinegar factory was overpowering.   Now it’s become a consumer paradise, full of chichi boutiques and posh Spanish restaurants (we ate in Pizarro) alongside White Cube, the greatest art warehouse of them all: 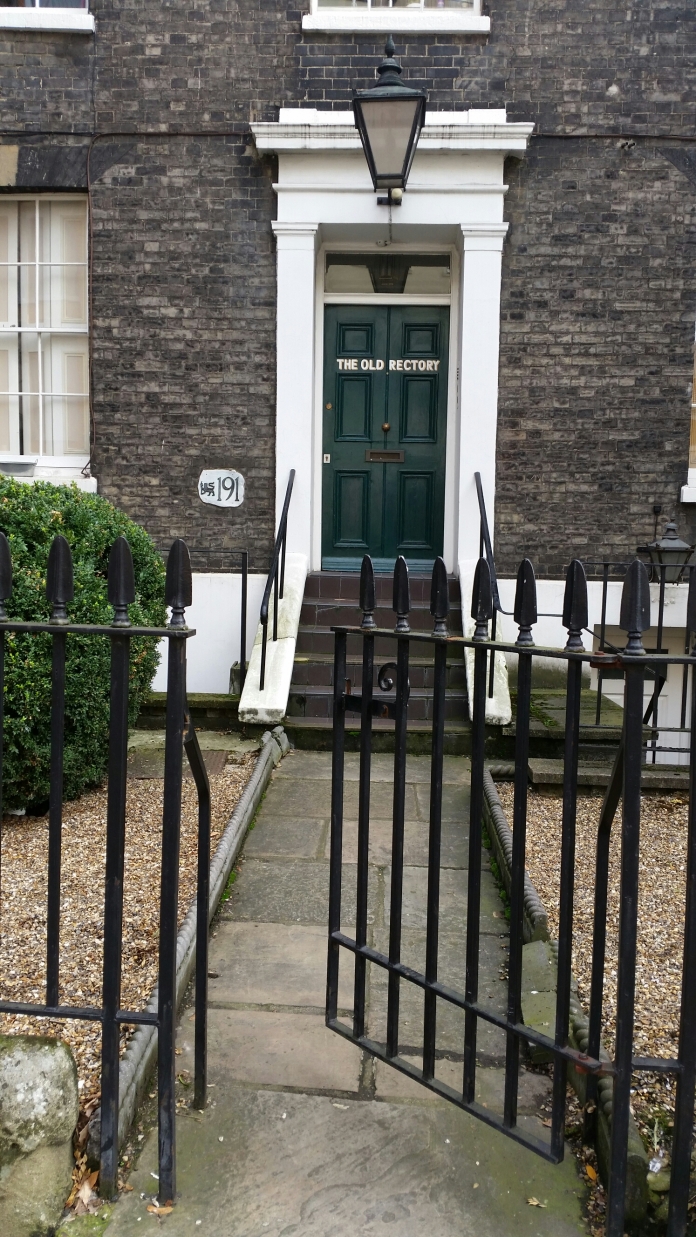 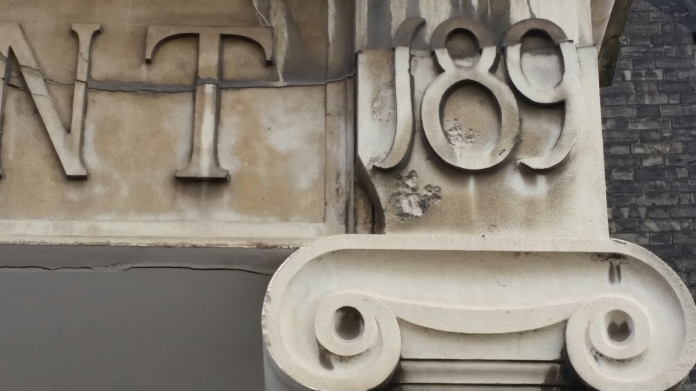 END_OF_DOCUMENT_TOKEN_TO_BE_REPLACED

I have been asked what is the relationship between Edmund de Waal’s work and Romilly’s.   The answer is in the way that the forms of the past influence and inform the material present, so that both have a preoccupation with the archaeology of forms.   Romilly specifically requested that some of Edmund’s work should be displayed not behind glass, so should share in the aesthetic of the found object: 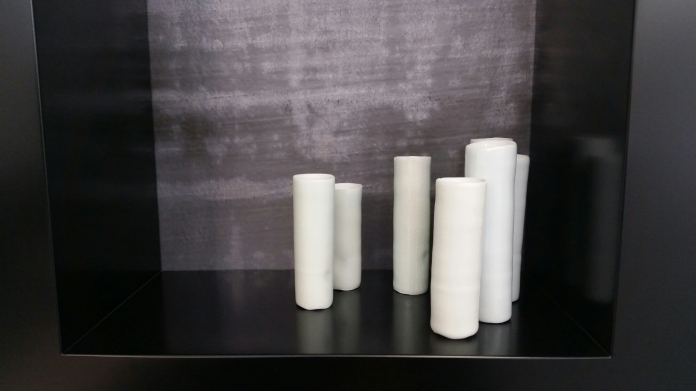 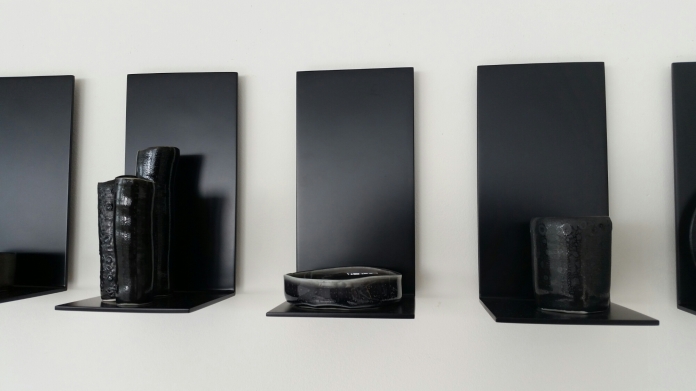 END_OF_DOCUMENT_TOKEN_TO_BE_REPLACED

I was faintly reprimanded for writing about Romilly’s exhibition before seeing it.   But now I can write about it having experienced it so beautifully displayed in grand empty studio space designed by Deborah Saunt and David Hills.   The work itself is on long shelves, the individual pieces held upright by lead fishing weights, or buried under the floor or in a chapel-like annexe, with minuscule inscriptions and dots like the legion d’honneur for work which had sold.   What everyone said, and was obviously true, is that it’s extremely rare to see jewellery displayed as works of art, isolated in white space so that one is compelled to engage with the detailed character of each individual work, with magnifying glasses provided, its ornament and encrustation, a modernist version of a cabinet of curiosities, echoed by cases of Edmund’s pots.

The work is very hard to photograph, especially the quality of natural daylight, and I’m not sure I’ve succeeded: 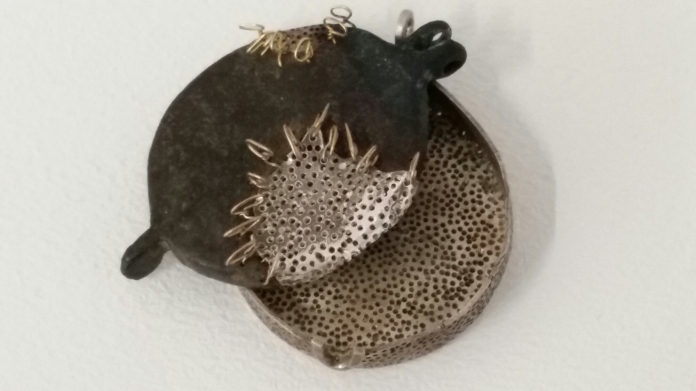 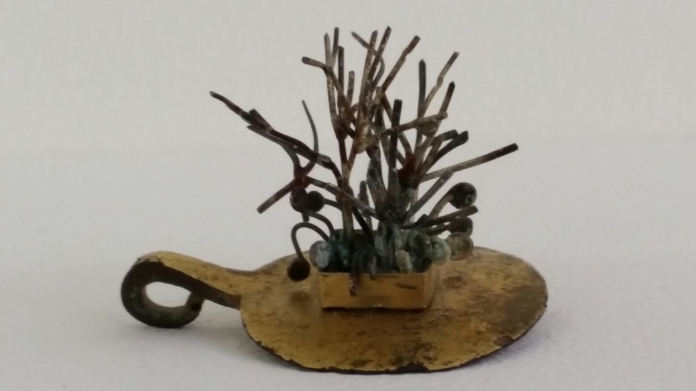 END_OF_DOCUMENT_TOKEN_TO_BE_REPLACED

A golden rule of my blog is that I am never ever allowed to mention my close family, only dead relations.   But I have been allowed to breach this rule today in celebration of the fact that my wife Romilly is holding an exhibition of her jewellery entitled Newfoundland jointly with work by Edmund de Waal in Edmund’s studio.   She discovered several years ago that it is possible to buy fragments of Roman and medieval metalwork found by metal detectors and sold on ebay and has gradually acquired a small collection of buckles and thimbles and buttons and rings which she has adapted into modern palimpsests, evocative of their history, but enriched and embellished and ornamented as well.

Now that it’s been converted from holiday apartments into a luxury hotel, I was able to get permission to poke around Plas Rhianfa, a François 1er chateau on the banks of the Menai Straits.   I’ve always been interested in it because my grandmother died here at the beginning of the second world war.   My grandparents were staying with Sir Harry Verney, who had served in Asquith’s government and owned Claydon.   She was buried nearby, but I’ve never been able to find the grave.

This is the house: 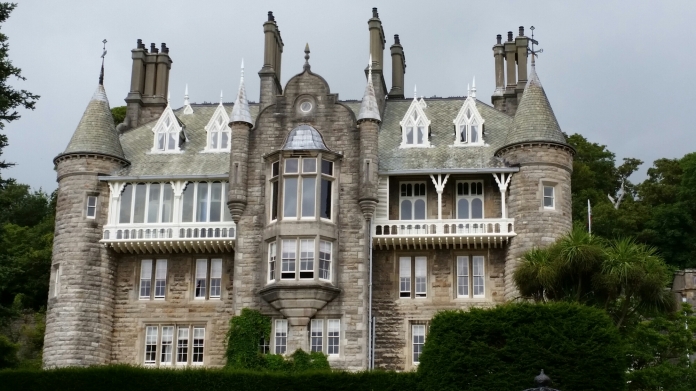 It was designed by a Liverpool architect, Charles Verelst, on the instructions of Lady Sarah Hay Williams, one of the daughters of the original owner.   She lived at Bodelwyddan and had been taught to draw by Peter de Wint.   I particularly liked the summer house: END_OF_DOCUMENT_TOKEN_TO_BE_REPLACED

I have been prompted by the correspondence with my hitherto unknown cousin Ben Heywood (see comments) to take an interest in the life of my grandfather Hubert.  I realise how little I know about him.   He died in 1950 before I was born.   My mother used to say he was a saintly character and there was always an implied contrast to his wife Muriel, who used to wear a hat for dinner.   He spent nearly his entire adult life as the vicar of All Saints, Waldershare, a church in rural east Kent which was declared redundant in 1980.   As far as I understand it, his only parishioner was the Earl of Guilford.   An enthusiastic freemason, he sent my father to Winchester, but educated my aunt Margaret at home.   She got a first class degree in English so the education must have been good.

Ever since it appeared in the Londoner’s Diary (wrongly) that my grandfather was Archbishop of Sydney (in fact, it was my great-grandfather), I am doomed to be asked about my Australian ancestry.   Here is what little I know or have been able to find out about him from the Australian Dictionary of Biography:-

His father was called Richard Snowden Smith, who served in the rifle brigade and fell in love with a girl who could not decide whether to marry him or his best friend.   They agreed between themselves (she does not seem to have had any say in the matter) that whichever of them should swim fastest across Guernsey Bay would marry her.  Richard won and his oldest son, William, assumed as a middle name the surname of his father’s best friend, which was Saumarez.   It’s a Guernsey name.   William was sent to school at Marlborough in Wiltshire, a church foundation, was a classical scholar at Trinity College, Cambridge, became a fellow and, after serving as chaplain to the Bishop of Madras, became vicar of Trumpington.  For a long time, he was Principal of St. Aidan’s, a theological college near Liverpool.   Appointed Archbishop of Sydney in 1890, he set sail for the colonies with his seven daughters and my grandfather, Hubert.    He must have been strongly evangelical because I once met a very high church Australian who said that it was my great grandfather who had ruined the church in Australia.   END_OF_DOCUMENT_TOKEN_TO_BE_REPLACED