I went back to the Collection Lambert for the private view of their exhibition Basquiat Remix, which looks at the way that Basquiat absorbed the eclectic influences of the Brooklyn Museum of Art, his local museum, where he was taken as a child by his mother, and later at the Museum of Modern Art and the Met. 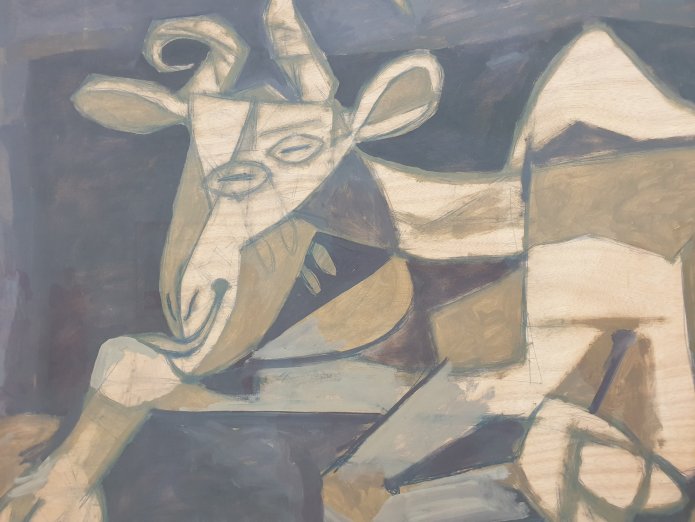 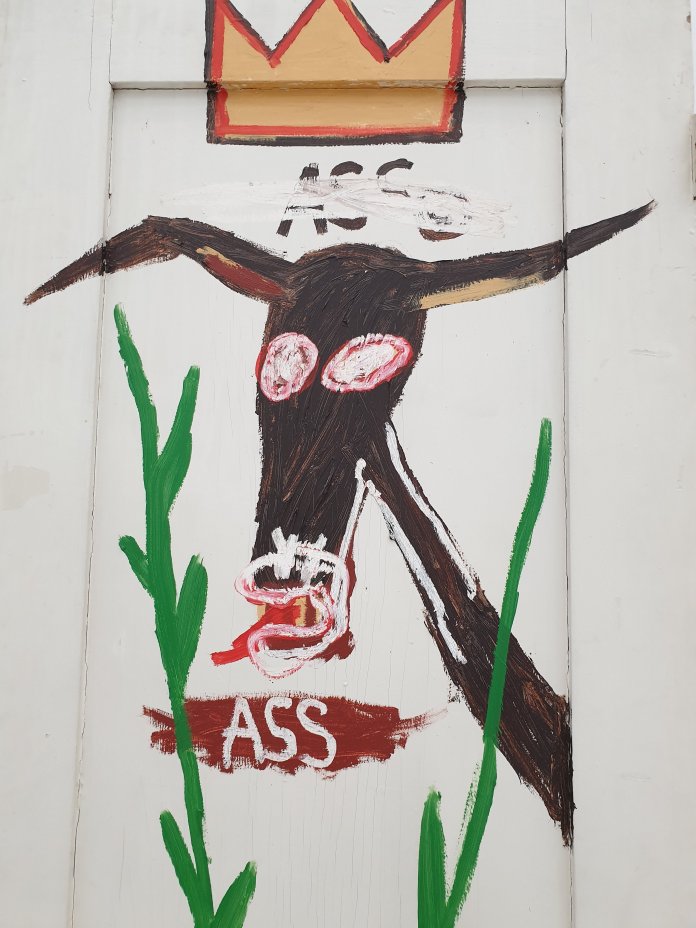 She Installs Confidence and Picks his Brain Like a Salad (1988):-