I was keen to see the High Line again a) because it has recently been extended b) because a generous benefactor has made it possible to green the space between our two buildings at the RA following the model of The High Line.   I walked down it all the way from 30th and 10th to Gansevoort Street, enjoying how it weaves through the old industrial buildings and art galleries of Chelsea down to the meatpacking district: 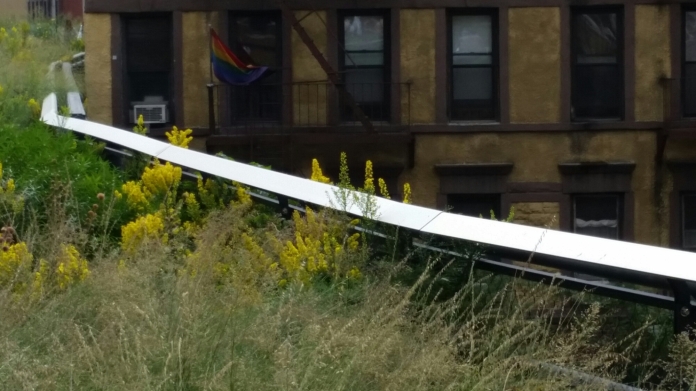 END_OF_DOCUMENT_TOKEN_TO_BE_REPLACED

I haven’t been to the Morgan Library much since the new (now not-so-new) extension by Renzo Piano opened a few years ago.   At the time, I was slightly disappointed by it as compared to the glories of Piano’s work in Paris and Houston and equally to the robust classicism of the original J.P. Morgan interiors.   But I can now see that it was probably necessary to open up the building to better and light-filled public access.   I had forgotten how splendid the actual library interior is, which I first visited in 1976 with Lincoln Kirstein: 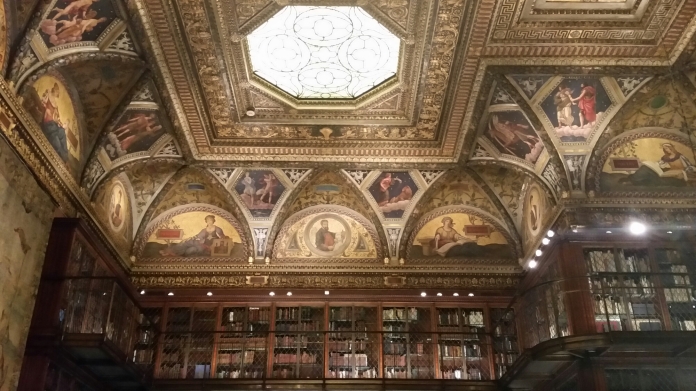 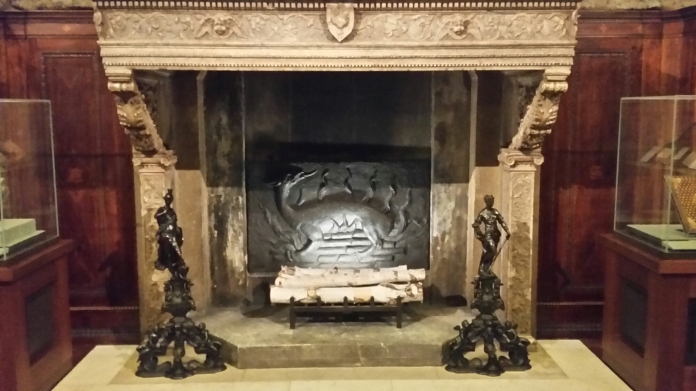 END_OF_DOCUMENT_TOKEN_TO_BE_REPLACED

Here are some views of houses in Harlem: 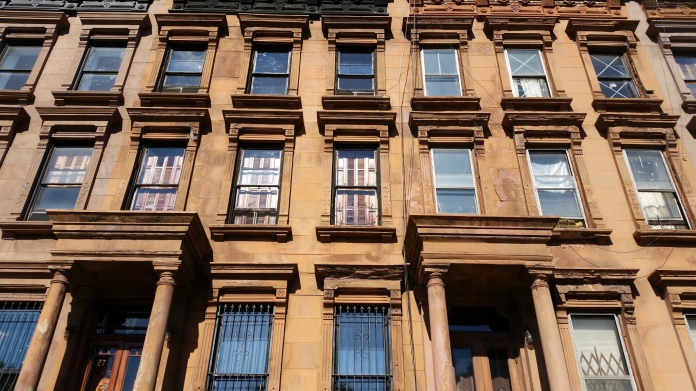 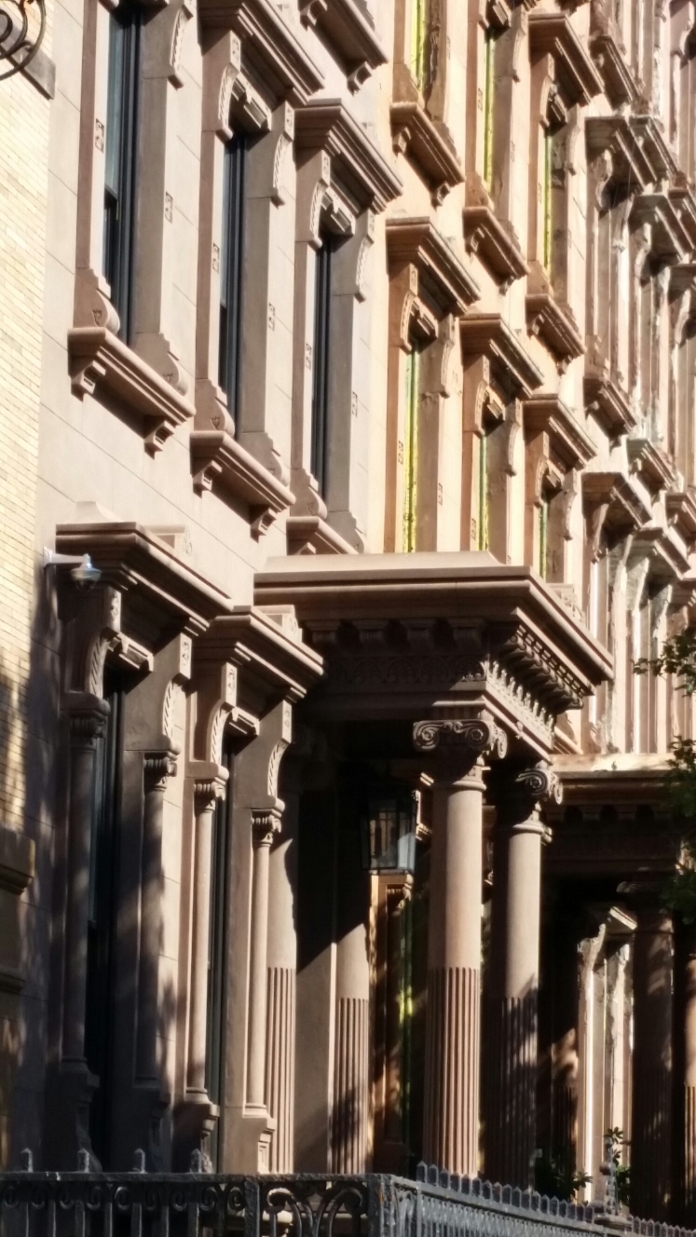 END_OF_DOCUMENT_TOKEN_TO_BE_REPLACED

I ventured into Harlem for the first time since the mid-1970s to see the Dwight Mansion, an amazingly grand, late nineteenth-century mansion, which is in the process of restoration.   Sold in 1925 by the Dwight family who had made a fortune from baking soda, it was bought recently with bullet holes in the windows.

This is the front door: 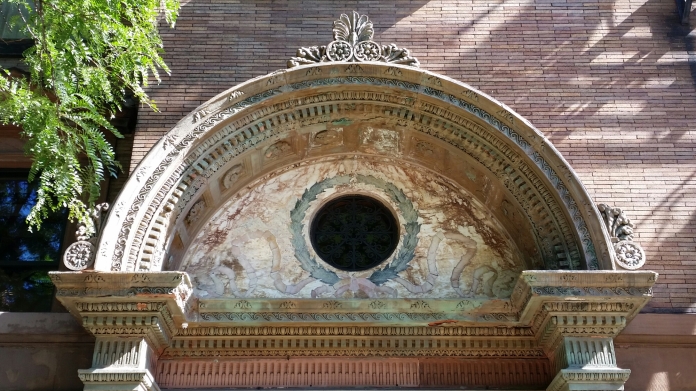 This is some of the decorative woodwork:

END_OF_DOCUMENT_TOKEN_TO_BE_REPLACED

Adam Weinberg, the Director of the Whitney, very kindly arranged for me to see the new Whitney which is nearing the end of a long period of planning, construction and fundraising ($700M) and is due to open next spring.   It’s located right at the bottom of the High Line between Washington Street and the Hudson, with big roof terraces on nearly every floor.   It’s huge and very generously proportioned, with eight floors and more than half the space devoted to back-of-house facilities – conservation studios, staff offices and teaching spaces.   It should be good Piano, exhibiting his best characteristics of lightness and looseness and permeability.

These are the views from the roof terrace: 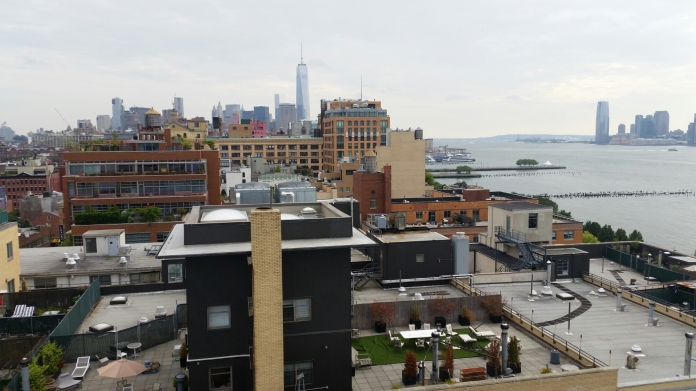 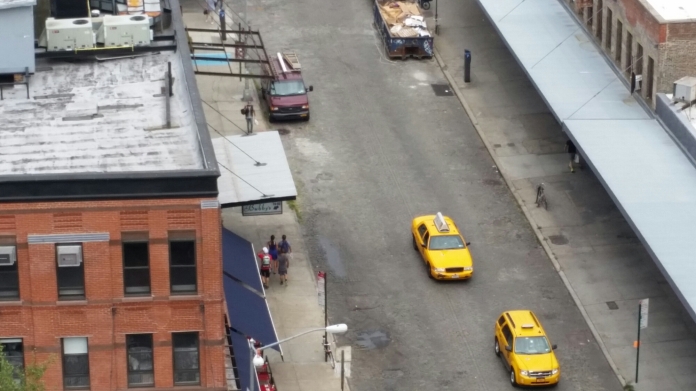 END_OF_DOCUMENT_TOKEN_TO_BE_REPLACED

By accident rather than design, I have been given a comprehensive tour of old New York restaurants, including today the Veau d’Or, a wonderfully well preserved old French restaurant on E 60th., where I met up with Michael Thomas, an ex-curator, ex-banker turned novelist who first introduced me to New York nearly forty years ago and has now introduced me to the shabby chic splendours of the Veau d’Or: 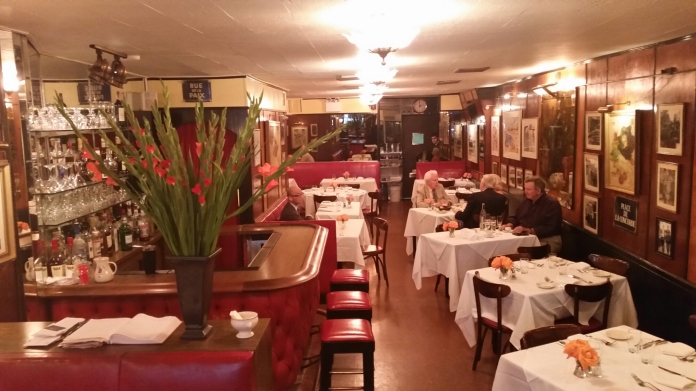 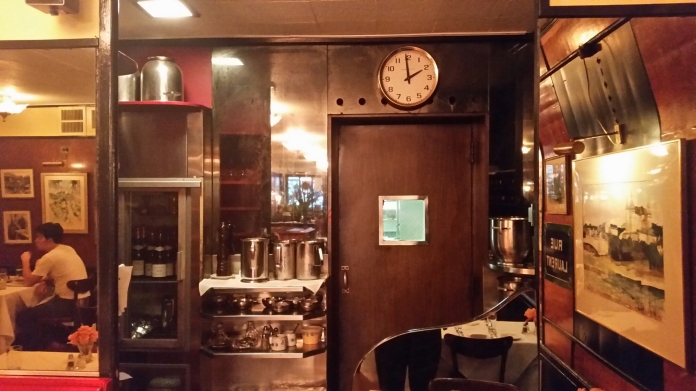 I was keen to see the redesigned Queen’s Art Museum, which is a recent project by Grimshaw, designed out of his New York office.   They are one of the current preferred architects for new municipal projects selected when Bloomberg became mayor to improve the quality of civic design.   I’ve never been to Queen’s, except en route to the airport.   The museum is in a building which was originally constructed for the 1939 World Trade Fair, when all the nations of the world designed pavilions just before the outbreak of war.   Half of it was a skating rink and half a museum, with a grand model of the whole of New York.   It was upgraded again for the 1964 World Fair, a moment of grand technological utopianism promoted by corporations like Johnson Wax, Disney and Kodak, and now the building has been opened up to natural daylight with galleries which are like booths inside.

The museum is visible from the expressway: 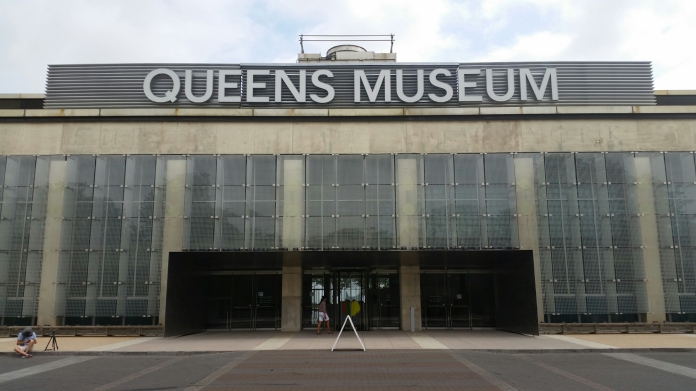 Inside is a system of slats to control the daylight (Burro Happold as lighting engineers): 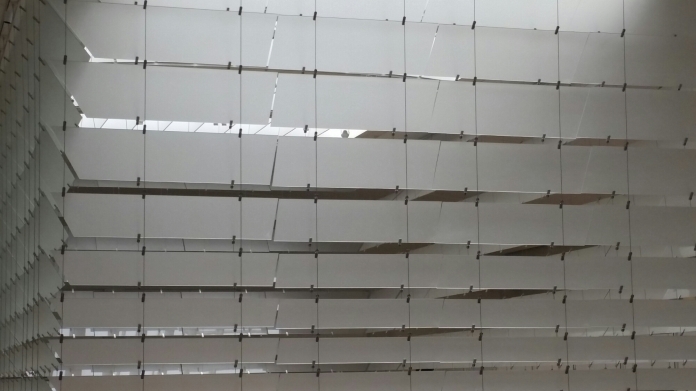 END_OF_DOCUMENT_TOKEN_TO_BE_REPLACED

One of the raison d’etres for being in New York is to attend the opening of the PRA’s exhibition at Friedman Benda on W 26th. Street.   He’s done a lot of new work for it, freer and more abstract and more fluid than in the recent past.   Someone said that it’s a walk through art history.   It’s not as simple as that.   The works have references to history and to his deep knowledge of the history of art, but I do not regard the works as historicist.   They have absorbed visual traditions, so that they are structural references, not quotations.   Frank Stella gave a brilliant brief introduction referring to Charles Le Brun and Delacroix and Guston.   But the more obvious references in the exhibition are late Turner and Monet and Rothko.

One of the things I’ve discovered in my current trip to Manhattan is that it’s surprisingly easy to walk.   In the past I’ve always travelled by yellow cab, which whisks you from place to place with considerable speed but no regard for the intervening journey, or by subway which has its own romance of travelling in a loud and noisy underground.   But Manhattan is more compact than I’d realised.   I’ve been walking to breakfast at the Carlyle, a mere fifteen blocks up Fifth Avenue, whilst the doormen hose down the pavement.   And this morning I walked from the Financial District where I had a meeting to Greenwich Village, thereby connecting the bottom of the island to Tribeca and through Soho to Washington Square.   Of course, it wouldn’t have been enjoyable if the sun hadn’t shone.

I was asked to lunch by a long standing supporter of the RA at La Grenouille between Madison and Fifth.   It’s at the opposite end of the spectrum to the Four Seasons Grill Room:  the original place for ladies who lunch, it’s family owned and full of flowers.   The experience was nearly as rich as the cheese soufflé.   Americans come to London to experience long-established traditions, but frankly one can do this just as well in New York.